That’s not fair! — Managing envy in the workplace 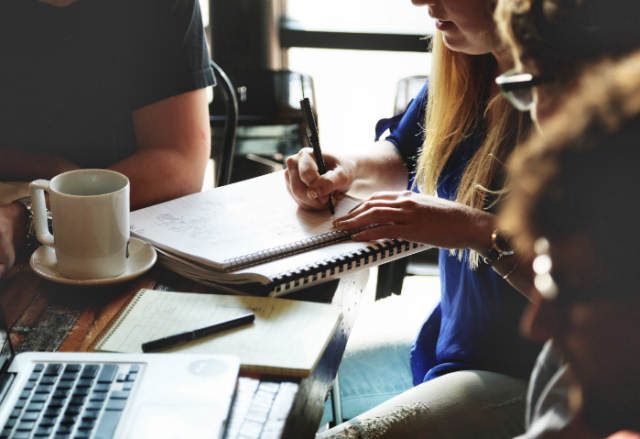 Watching a co-worker get the extra respect and attention from a supervisor that you feel you deserve can leave you feeling envious. The more that envy increases the more you can become what researchers refer to as “ego depleted” — a general lack of the personal resources you need to focus on and complete daily tasks.

In a recent University of Cincinnati Lindner College of Business study, Joel Koopman, UC assistant professor of management, looked at envy in the workplace. Koopman’s research found a strong link between an employee’s feelings of envy after they perceive a supervisor has treated them worse relative to their co-workers and the length of time by which they process this information.

Koopman refers to this phenomenon as a person’s level of “epistemic motivation” (EM) — the desire to process information thoroughly and grasp the meaning behind a particular situation. Some people are low in epistemic motivation and tend to generalize events into categories that can be easily explained and ignored, but those same people are not as skillful at solving novel problems in a creative environment.

On the contrary, Koopman says people high in such motivation are more sensitive to nuance and devote more time to processing new information as it comes in. In the case of envy, that skill can come at a cost.

“Research has shown that most creative working environments — ones that require a strong ability to negotiate and attend to detail — value employees who have a high level of epistemic motivation,” says Koopman. “But that same ability to process new information for creative output also tends to show its dark side when envy comes into play.”

He found that negative feelings were carried home with the envious, went to bed with them, woke up with them and stuck with them into the following day, ultimately wasting valuable time and productivity.

Koopman presented a paper on this topic at the 76th annual meeting of the Academy of Management (AOM) in August in Anaheim, California. His paper, titled, “My Coworkers are Treated Fairer than Me! The Depleting Effects of Justice Social Comparison Perceptions and Envy,” looked at what happens when an employee feels they are treated worse than their co-workers and how they process those feelings of envy.

“In a whirling spiral, the more energy they expend on processing the injustice, the less their resources are, and they become less likely to help others in the office,” Koopman adds. “This cycle can build to the point that tremendous time and energy is wasted on simply processing negative emotions, leaving critical work projects to flounder until resolutions are achieved.”

Reviewing prior research on behaviors in the workplace, Koopman found that supervisors treat employees differently primarily because of who they like and feel are the most trustworthy. This becomes a problem when employees are aware of this differential treatment, which then drives the envy.

Koopman shows that while employees are concerned with their treatment by an authority, they are equally concerned with that treatment relative to others in their workgroup. But regarding the consequences for those employees when they notice this differential treatment, Koopman says that’s what they really don’t know yet.

To capture a snapshot of “unfair justice social comparisons” from the vantage point of the employee, Koopman tested a group of participants with two surveys per day for 15 workdays, each day asking the participants how fairly they had been treated by their supervisor relative to their co-workers.

The survey measured for the possible experience of envy immediately, and then how that envy persisted into the next day. Koopman’s study showed that during such a response, the length of that envy response affected the employee’s willingness to help co-workers with their tasks and were less likely to listen to personal problems.

“This is significant because the workers who are valuable for problem-solving, skilled negotiating and finding timely solutions are also the ones who ruminate longer over processing the social injustice and envy they feel,” says Koopman. “This resulted in a higher degree of ego depletion and negatively affected their overall productivity.

“Future research looking at solving the risk and benefits of workplace coping mechanisms can be key for maintaining a happy balance at work.”