Thai dinosaur is a cousin of T. rex 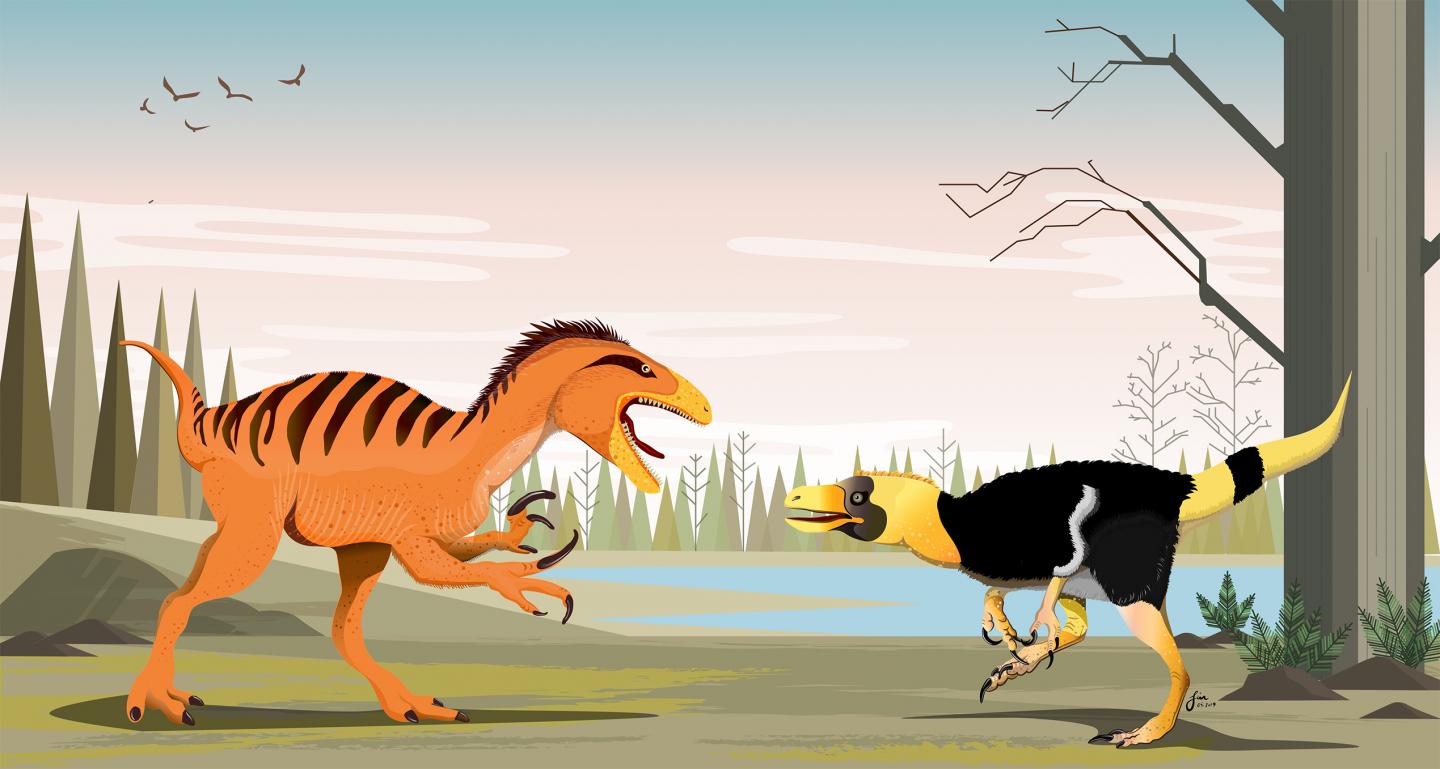 Scientists from the University of Bonn and the Sirindhorn Museum in Thailand have identified two new dinosaur species. They analyzed fossil finds that were already discovered 30 years ago in Thailand. Both species are distant relatives of T. rex, but with a somewhat more primitive structure. They were efficient predators. The results have now been published in the journal Acta Palaeontologica Polonica.

Three decades ago a Thai museum employee discovered some fossilized bones during excavations. He handed them over to the Sirindhorn Museum, where they were never examined in detail. “Five years ago I came across these finds during my research,” explains Adun Samathi. The Thai paleontologist is currently doing his doctorate at the Steinmann Institute of Geology, Mineralogy and Paleontology at the University of Bonn. He brought some casts of the fossils here to analyze them together with his doctoral supervisor Prof. Dr. Martin Sander using state-of-the-art methods.

The results take a new look at the history of the megaraptors (“giant thieves”). The relatives of this group of carnivorous predatory dinosaurs include the Tyrannosaurus rex. Like the T. rex, they ran on their hind legs. Unlike the tyrant lizard, however, their arms were strong and armed with long claws. They also had more delicate heads that ended in a long snout. “We were able to assign the bones to a novel megaraptor, which we baptized Phuwiangvenator yaemniyomi,” explains Samathi. The name is reminiscent on the one hand of the location, the Phuwiang district, and on the other hand of the discoverer of the first Thai dinosaur fossil, Sudham Yaemniyom.

Phuwiangvenator was probably a fast runner. With a length of about six meters, it was considerably smaller than the T. rex, who measured about twelve meters. Megaraptors have so far been discovered mainly in South America and Australia. “We have compared the Thai fossils with the finds there,” says Samathi. “Various characteristics of Phuwiangvenator indicate that it is an early representative of this group. We take this as an indication that the megaraptors originated in Southeast Asia and then spread to other regions.”

During his research in Thailand, the doctoral student discovered further unidentified fossils. They also belong to a predatory dinosaur, which was a bit smaller with a length of about 4.5 meters. The material was not sufficient to clarify the exact ancestry. However, scientists assume that smaller dinosaur, named Vayuraptor nongbualamphuenisis, is also related to Phuwiangvenator and T. rex. “Perhaps the situation can be compared with that of African big cats,” explains Samathi. “If Phuwiangvenator were a lion, Vayuraptor would be a cheetah.”

The two new predatory dinosaurs will be presented to the public today on the tenth anniversary of the Sirindhorn Museum. With blue-blooded support: The event will be opened by the Thai Princess Maha Chakri Sirindhorn.

A warming Arctic produces weather extremes in our latitudes

A guidebook for local governments and CBOs to support elderly people…

Starve a tumor, feed a cell: How cancers can resist drugs