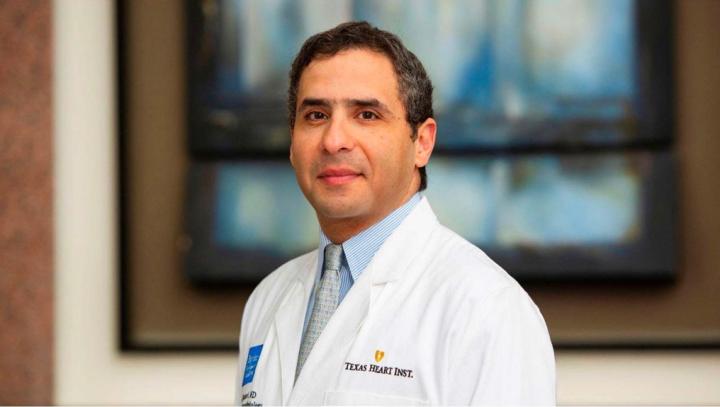 “This honor reflects the incredibly supportive environment and staff at the Texas Heart Institute and underscores the culture established by Dr. Denton Cooley. Our infrastructure allows me to collaborate with some of the brightest engineers and doctors to nurture and explore clinically relevant ideas that could potentially impact patient care,” said Dr. Razavi.

The announcement was made Tuesday by the NAI Board of Directors and the NAI Fellows Selection Committee. This committee includes recipients of U.S. National Medals, National Inventors Hall of Fame inductees, members of the National Academies and the National Science Foundation, and senior officials from the United States Patent and Trademark Office, the American Association for the Advancement of Science (AAAS), the Association of Public and Land-grant Universities, and the National Inventors Hall of Fame.

The NAI program has over 1000 Fellows worldwide, representing more than 250 prestigious universities and governmental and nonprofit research institutes. Collectively, the Fellows hold more than 41,500 issued U.S. patents, which have generated over 11,000 licensed technologies and companies and created more than 36 million jobs. In addition, over $1.6 trillion in revenue has been generated from NAI Fellow discoveries.

The NAI Fellows include more than 125 presidents and senior leaders of research universities and nonprofit research institutes; members of the National Academies of Sciences, Engineering, and Medicine; inductees of the National Inventors Hall of Fame; recipients of the U.S. National Medal of Technology and Innovation, the U.S. National Medal of Science, and the Queen Elizabeth Prize for Engineering; Fellows of the American Association for the Advancement of Science (AAAS), The Institute of Electrical and Electronics Engineers (IEEE), and the American Academy of Arts & Sciences; and Nobel Laureates, including MD Anderson Cancer Center’s James P. Allison, PhD, whose Nobel Prize was awarded for his breakthrough immunotherapy discovery.

“We congratulate Mehdi on this incredible achievement and commend the NAI Board and prestigious selection committee members for recognizing his contributions as an exemplary and prolific academic, physician inventor,” said Texas Heart Institute Medical Director Emerson Perin, MD, PhD.

Dr. Razavi lends his expertise to the development of new medical applications that use technologies in their infancy. He serves as the Director of Electrophysiology Clinical Research and Innovations at the Texas Heart Institute, an Associate Professor of Medicine at Baylor College of Medicine, and adjunct faculty at Rice University.

He has supervised the development of several technologies in collaboration with Rice University and Texas A&M University and founded multiple medical device startups. He is involved with numerous clinical trials assessing the efficacy of cutting-edge technology in the field of cardiac electrophysiology and holds 12 U.S. patents that have been licensed to 5 companies, with 6 additional patent applications pending. He has published more than 70 peer-reviewed journal articles, and his innovations have been featured in Scientific American, Voice of America News, and Texas Medical Center News. He is a member of the American Heart Association, the Heart Rhythm Society, and the National Academy for the Advancement of Science (NAAS).

In addition, Dr. Razavi is highly committed to fostering a spirit of innovation while educating and mentoring the next generation of inventors through collaborations with Rice University, UCLA, University of Houston, Texas A&M Health Science Center, Baylor College of Medicine, and University of Texas at Austin.

NAI Fellows have demonstrated remarkable innovation in producing and commercializing technologies that are already benefitting patients.

The Texas Heart Institute (THI), founded by world-renowned cardiovascular surgeon Dr. Denton A. Cooley in 1962, is a nonprofit organization dedicated to reducing the devastating toll of cardiovascular disease through innovative and progressive programs in research, education, and improved patient care. More information about THI (@Texas_Heart) is available at www.texasheart.org.

About the National Academy of Inventors

The National Academy of Inventors is a member organization comprising U.S. and international universities and governmental and nonprofit research institutes, with over 4,000 individual inventor members and Fellows spanning more than 250 institutions worldwide. Founded in 2010, NAI recognizes and encourages inventors with patents issued from the U.S. Patent and Trademark Office to enhance the visibility of academic technological innovation and to encourage the disclosure of intellectual property.