Experimental TB protection delivered through a spray instead of a shot 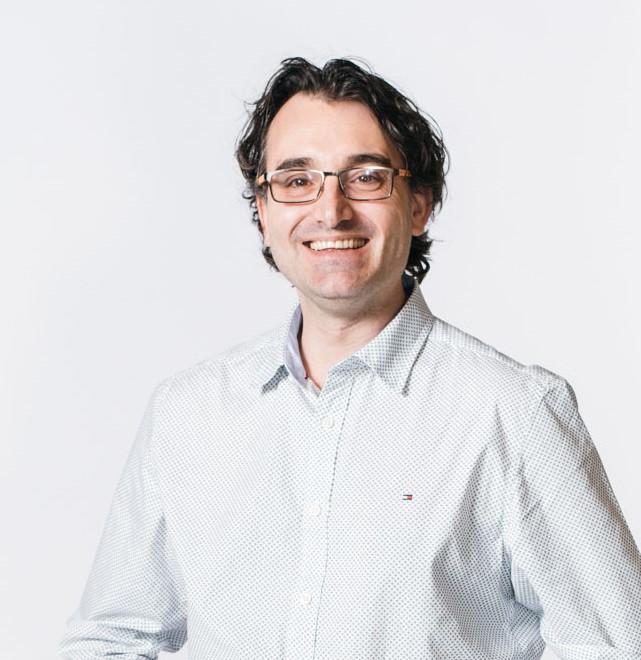 San Antonio, Texas (March 4, 2019) – For years, scientists have been trying to come up with a better way to protect people against tuberculosis, the disease caused by infection with the Mycobacterium tuberculosis (Mtb) bacteria. Texas Biomedical Research Institute Professor Jordi Torrelles, Ph.D., says new hope is on the horizon after a recent experiment performed in mice showed great promise. The study was published in the journal Mucosal Immunology.

“What we found is that our formulation of a vaccine protected better than the current vaccine and did not cause any lung tissue damage,” Dr. Torrelles said. “If further research proves safety and effectiveness, the vaccine can be delivered directly into the lungs.” The current vaccine, called BCG, is delivered by an intramuscular infection in the upper arm.

“If it works, the drug delivery system for humans would be a spray delivered through a device similar to an asthma inhaler,” Dr. Torrelles explained.

Expanding the population who can tolerate a TB vaccine is important since tuberculosis is the world’s leading killer due to an infectious organism according to the World Health Organization.

When bacteria enter the lungs, they come in contact with the lining called the mucosa. That lining has enzymes that change the surface epitopes of microbes. Epitopes are the parts of a molecule to which an antibody produced by humans attaches itself. The current vaccine creates an immune response that does not take into account that epitope change.

Dr. Torrelles and his collaborators biochemically mimicked what the lung lining fluid does to the surface of bacterial cells so that a more precise vaccine can be made on a larger scale. The idea is that the T cells (immune cells) will have a better memory response, recognize the bacteria and kill them.

The current vaccine BCG (bacille Calmette-Guerin), is made from Mycobacterium bovis which is similar to Mtb that infects humans. Studies show BCG is 70% to 80% effective in protecting against the most severe forms of TB, like TB meningitis in children. However, BCG is less effective in preventing respiratory disease, which is the most common form of TB in adults. Plus, immunity provided to those who are vaccinated as children wanes over time.

The BCG vaccine is not in use in the United States. According to the Centers for Disease Control and Prevention, the reasoning is three-fold: people in the U.S. have a relatively low risk of infection, BCG is not that effective against pulmonary TB in adults, and the vaccine has the potential to interfere with the tuberculin skin test, making it harder to determine who is carrying the illness.

BCG cannot be given to immune-compromised patients like people with HIV/AIDS. These patients are at a tenfold greater risk of developing tuberculosis if they have latent TB than people without HIV/AIDS. A vaccine that could be given to this population has the potential to save millions of lives.

“Since the Mtb infection happens in the lung, it makes sense to protect there,” Dr. Torrelles stressed.

Previous attempts to vaccinate intranasally have resulted in lung inflammation and tissue damage. In Dr. Torrelles’ experiment with the new vaccine formulation in mice, the inflammation rate was only 8% with the modified BCG compared to 20% For BCG (2.5 fold less inflammation in the lungs).

Also, Dr. Torrelles predicts this modified BCG vaccine may offer immunity at any age. This is especially important for the elderly who are at greater risk of developing TB. He says modifying the current vaccine would be an advantage since BCG is already approved by the Food and Drug Administration.

The next step is for Dr. Torrelles to secure funding to expand his research into nonhuman primates. He plans to use rhesus macaques housed at the Southwest National Primate Research Center on the Texas Biomed campus. These tests on larger animals are necessary before any human clinical trials can be conducted.

Partnering institutions include The Ohio State University and Tufts University.

This research was supported by the following grants:

National Institute of Allergy and Infectious Diseases (AI073856 and AI093570)

Texas Biomed is one of the world’s leading independent biomedical research institutions dedicated to advancing health worldwide through innovative biomedical research. The Institute is home to the Southwest National Primate Research Center (SNPRC) and provides broad services in primate research. SNPRC contributes to a national network of National Primate Research Centers (NPRCs) with specialized technologies, capabilities and primate resources, many of which are unique to the SNPRC. The Center also serves investigators around the globe with research and technical procedures for collaborative projects. For more information on Texas Biomed, go to http://www.TxBiomed.org or for more information on SNPRC, visit http://www.SNPRC.org.

How to catch a magnetic monopole in the act