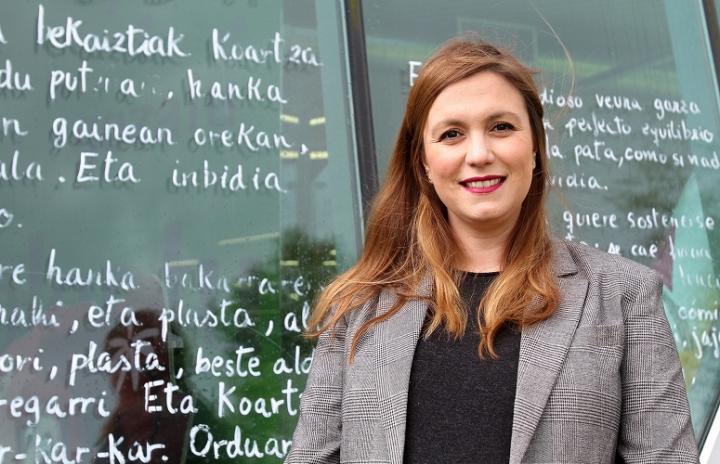 The research group in the Psychobiology section of the Department of Basic Psychological Processes and their Development of the UPV/EHU’s Faculty of Psychology has spent many years studying aggressive behaviour in children. “We tackle the study of aggressive behaviour through a range of variables of a biological, psychological and social type,” explained Eider Pascual-Sagastizabal, a lecturer in the department. A recent piece of work published in the scientific journal Psichoneuroendocrinology reports on the data relating to the study into hormonal levels of testosterone, estradiol and cortisol and the capacity for empathy of 8-year-old girls and boys.

80 boys and 59 girls aged 8 (in year 3 of Primary Education) participated in the study, which involved measuring their hormonal levels of testosterone and estradiol (sexual hormones) and cortisol (hormone associated with stress). At the same time, “we measured their empathy through a questionnaire that we handed out to their parents, and aggressive behaviour was assessed in the classroom itself: the rest of the classmates evaluated each other’s behaviour,” she said.

A bid to understand the complexity of human behaviour

As the researcher explained, the results of the study revealed that “empathy and hormones could together account for aggressive behaviour. In fact, the interactions were different for boys and for girls”. The researcher pointed out that “the reason why a girl is not very aggressive could be explained partly by their high levels of empathy and their low levels of testosterone”, in other words, it was established that the girls who combine these two psychobiological elements are less aggressive. In boys, however, “with testosterone being as famous as it is in relation to aggressive behaviour, our data do not correlate testosterone with empathy to account for aggressive behaviour”, specified Pascual, since boys with higher levels of cortisol and lower levels of empathy than the rest turned out to be more aggressive. By contrast, the levels of estradiol did not reflect any interaction with empathy in either case.

However, Pascual-Sagastizabal said that these results correspond to “this sample, to this moment and to this age. It is not a representative sample; for it to be representative we would need to handle vary large samples. Representativeness was at no moment the aim that we were pursuing”. The data correspond to a small group of boys and girls, “but they are fundamental data and more research needs to be done”, she added.

These researchers aimed to expand knowledge about aggressive behaviour: “We tried to understand the complexity of a human behaviour, and within that complexity to add as many variables as possible”. It is a piece of basic research, “essential for understanding why there are things that work when they are applied or if one intervenes, and why at other times they don’t work”, she stressed. For example, “it has always been said that the more empathy there is, the less aggressive behaviour there is, but what we are contributing is that it may not always be like that”. So the researcher concluded that “we professionals need to work on different levels of the same reality, which in this case is aggressive behaviour”.

The pressure to prescribe: Antibiotic stewardship in the outpatient setting

Largest ever study of eating disorders launches in England