A saliva test taken by parents to screen for the leading infectious cause of hearing loss in babies was feasible and well-received, according to a new study. 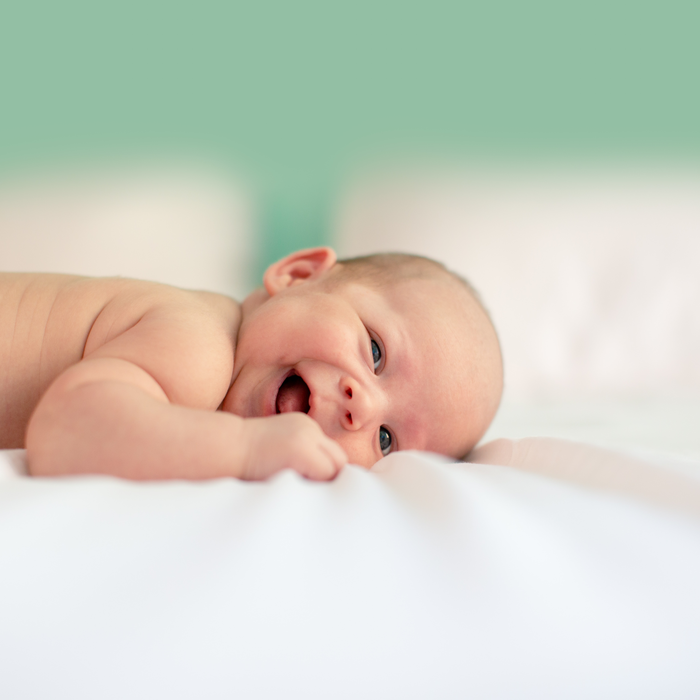 A saliva test taken by parents to screen for the leading infectious cause of hearing loss in babies was feasible and well-received, according to a new study.

The research led by the Murdoch Children’s Research Institute (MCRI) and published in the Journal of Paediatrics and Child Health, could pave the way for testing of congenital cytomegalovirus (cCMV) to be added to infant hearing screening programs across Australia.

cCMV can be harmless, but in some babies it leads to hearing loss and neurodevelopmental disorders such as cerebral palsy or vision loss. About 1 in every 200 babies is born with cCMV.

MCRI researcher Emma Webb said this was the first study to show that saliva swabs taken by parents to check for cCMV in their babies was achievable and acceptable to Australian families, even when the swabs were taken at home after discharge from hospital.

The study involved 96 families across four maternity hospitals in Melbourne whose babies did not pass their second Victorian Infant Hearing Screening Program (VIHSP) tests. Accurate diagnosis of cCMV requires a saliva test from an infant in the first 21 days after birth, with antiviral treatment recommended, if clinically indicated, within the first month of life.

During the study, 26 per cent of parents did the saliva test at home, 60 per cent at the hospital and 10 per cent as outpatients. The research found a high uptake by parents with 76 per cent agreeing to do the screen and 100 per cent of infant saliva swabs taken within the required timeframe. One baby was found to have cCMV and was immediately treated.

The findings also showed more than 90 per cent of parents thought the screening was easy to do, was a good idea, and were glad their baby had the test.

Ms Webb said CMV was present in 80 per cent of Australian adults and while it’s mostly harmless, it could affect a developing fetus.

“Once a person becomes infected, the virus remains present but usually dormant for life,” she said. “Infection or reactivation can occur during pregnancy, with the small risk that the unborn baby may contract the virus.”

International guidelines recommend targeted cCMV screening of newborns who do not pass their hearing checks.

“Given this test allows for an early and accurate cCMV diagnosis, could reduce unnecessary parental guilt, and help prevent lifelong disabilities it should be rolled out nation-wide through newborn hearing screening programs,” she said.

“Early discharge, as we’re seeing more now of during COVID-19, can be a big problem because it means we might miss cases of cCMV,” she said. “But our study has shown parents can do the swab themselves even at home after leaving the hospital.”

Victoria Cottrell, whose son Teddy was the only one to test positive for cCMV in the trial, said the test was quick and simple and taking part was the best decision she had ever made.

“I had never heard of cCMV before and thought the cause of the hearing loss most likely was genetic,” she said. “During my pregnancy check-ups many infant conditions and foods to steer clear from were mentioned but cCMV was never talked about. The diagnosis came as a shock and was a lot for our family to process.”

“If his cCMV diagnosis wasn’t picked up so soon he would be further behind in his gross motor skills,” Victoria said. “Having the awareness early we have received support quickly and our specialists have been on top everything.”

Victoria said she would like to see a test for cCMV added to infant hearing screening programs across Australia.

“If the trial hadn’t happened, we would never have known Teddy had cCMV,” she said. “I’m just so thankful and relieved that this trial existed to get the best outcomes for Teddy.”

Associate Professor Sung has also recently received a grant from the National Health and Medical Research Council (NHMRC) to trial a new technology, which can be turned into a rapid bedside test, to detect cCMV and determine how common it’s in newborns without hearing loss. The results will be used to determine whether universal newborn cCMV screening was warranted. The trial intends to use data from the Gen V research project, one of the world’s largest-ever birth and parent cohort studies.

*The content of this communication is the sole responsibility of MCRI and does not reflect the views of the NHMRC.

Journal of Paediatrics and Child Health