A nearby system hosts the first Earth-sized planet discovered by NASA’s Transiting Exoplanets Survey Satellite, as well as a warm sub-Neptune-sized world 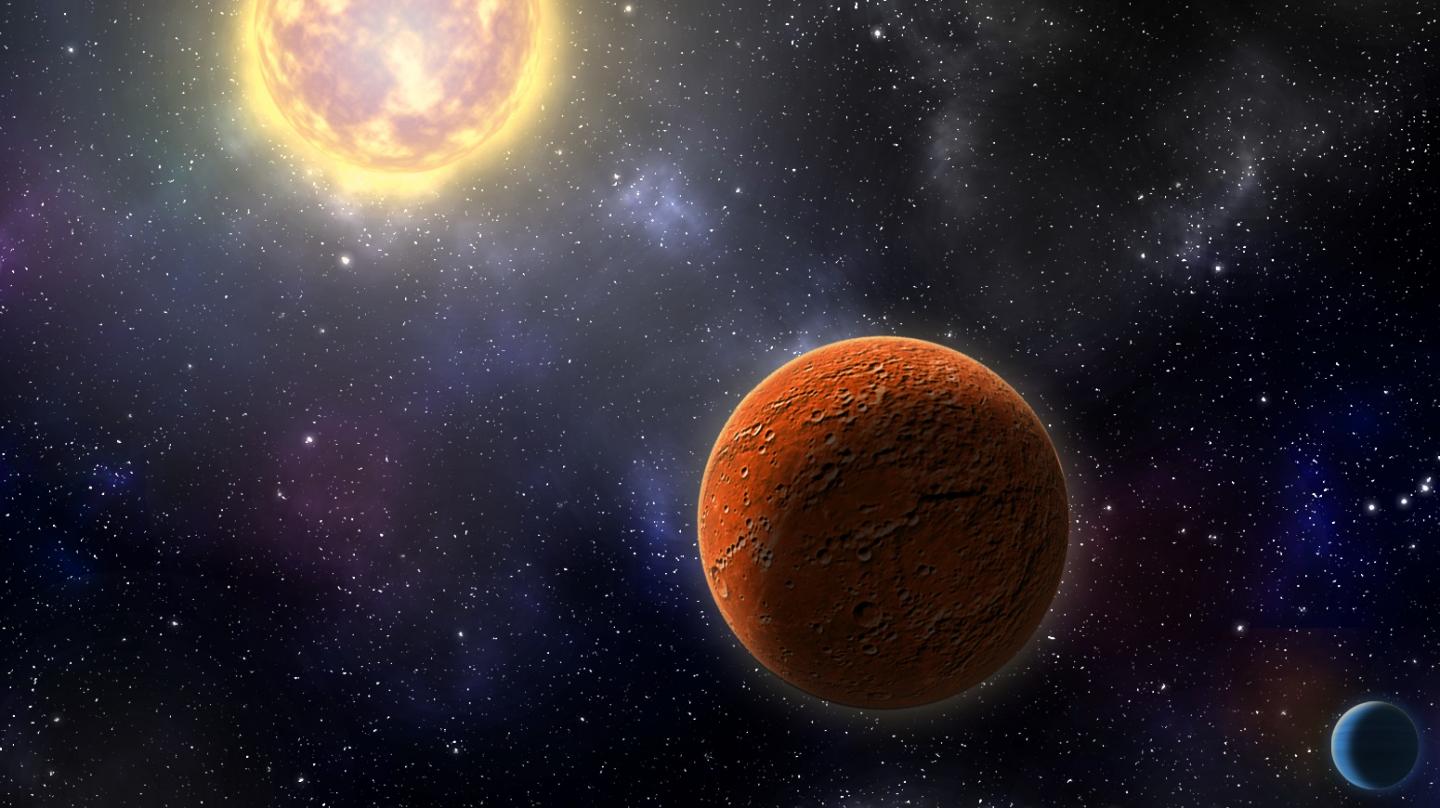 Credit: Illustration by Robin Dienel, courtesy of the Carnegie Institution for Science

Their work is published in the Astrophysical Journal Letters.

“It’s so exciting that TESS, which launched just about a year ago, is already a game-changer in the planet-hunting business,” said Teske, who is second author on the paper. “The spacecraft surveys the sky and we collaborate with the TESS follow-up community to flag potentially interesting targets for additional observations using ground-based telescopes and instruments.”

One such tool, the Planet Finder Spectrograph on the Magellan II telescope at Carnegie’s Las Campanas Observatory in Chile, was a crucial component of this effort. It helped confirm the planetary nature of the TESS signal, and to measure the mass of the newly discovered sub-Neptune.

The PFS–built by Shectman and Crane using a method pioneered by Butler and his collaborators–works using a technique called the radial velocity method, which is currently the only way for astronomers to measure the masses of individual planets. Without known masses, it is very challenging to determine a planet’s density or its general chemical composition.

“PFS is one of the only instruments in the Southern Hemisphere that can do these types of measurements,” Teske added. “So, it will be a very important part of further characterizing the planets found by the TESS mission.”

With an orbit that takes about 36 days to complete, the sub-Neptune, HD 21749b, has the longest period of any of the TESS discoveries published so far. Because of the technique that TESS employs, it is predicted that most of the planets the mission finds will have orbital periods of fewer than 10 days, so HD 21749b is unusual in this regard. In fact, this also made the detection of the planet in the TESS data an extra challenge.

“There was quite some detective work involved, and the right people were there at the right time,” said lead author Diana Dragomir of MIT’s Kavli Institute for Astrophysics and Space Research. “But we were lucky, and we caught the signals, and they were really clear.”

Its host star has about 80 percent of the mass of our Sun and is found about 53 light-years distant from Earth. HD 21749b has about 23 times Earth’s mass and a radius of about 2.7 times Earth’s. Its density indicates the planet has substantial atmosphere but is not rocky, so it could potentially help astronomers understand the composition and evolution of cooler sub-Neptune planet atmospheres.

Excitingly, the longer period sub-Neptune planet in this system is not alone. It has a sibling planet, HD 21749c, which takes about eight days to orbit the host star and is much smaller–similar in size to Earth.

“Measuring the exact mass and composition of such a small planet will be challenging, but important for comparing HD 21749c to Earth,” said Wang. “Carnegie’s PFS team is continuing to collect data on this object with this goal in mind.”

Thanks to TESS, astronomers will be able to measure the masses, atmospheric compositions, and other properties of many smaller exoplanets for the first time. Although small exoplanets are common in our galaxy, there is still much to learn about their diversity and about how they compare to the planets in our own Solar System.

“For stars that are very close by and very bright, we expected to find up to a couple dozen Earth-sized planets,” said Dragomir. “And here we are–this would be our first one, and it’s a milestone for TESS. It sets the path for finding smaller planets around even smaller stars, and those planets may potentially be habitable.”