New research on dampwood termites (Zootermopsis angusticollis and A. nevdensis) shows select members of the colony will experience brain changes in anticipation of cognitive demand. 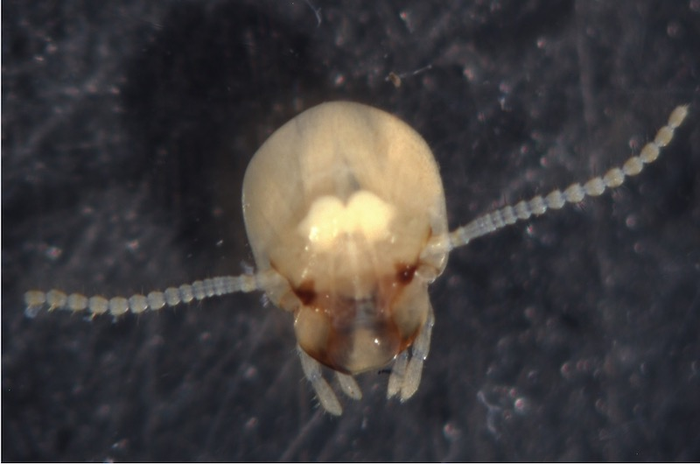 New research on dampwood termites (Zootermopsis angusticollis and A. nevdensis) shows select members of the colony will experience brain changes in anticipation of cognitive demand.

In a dampwood termite colony only a select few will, quite literally, see the light. The insects are unique due to their mating flights and the adaptability of their role within the colony, which is based on the overall needs of the group. King and queen termites must leave the nest and are the only members to go outside — briefly —to partner off and tunnel into a new location to start another colony. Researchers at Drexel University investigated how this group of individuals, who are destined to leave the nest, evolve differently in the brain region that processes vision.

“The term ‘caste’ when applied to insect societies – is the idea that you have specialized individuals that play different roles,” explains Sean O’Donnell, PhD, a professor in the College of Arts and Sciences and lead author of the study. O’Donnell’s team used developmental knowledge of the dampwood termites to make predictions about their needs for different brain tissues depending on their role. The researchers found that the insect’s investment in brain regions matched their cognitive demands — but the changes in their brain happened before the change in cognitive demand.

“Neuroecology explores how brains evolve and develop with the idea that the brain structure of an individual is going to be shaped by the demands it faces,” says O’Donnell. “Learning that the kings and queens have different visual investment is important, but not super surprising – what is special was our ability to identify and measure the developmental stage that is the precursor to an individual molting into a king or queen.”

While the first three stages of termite life do not tend to vary much, when nymphs reach the fourth stage they can molt into a number of different forms. These different forms play different roles in the colony, including the possibility to become a winged reproductive king or queen, worker, solider or a wingless reproductive.

“Some nymphs have tiny developed wing pads – this stage does not leave the nest, they are not technically a king or queen yet, but changes in the brain architecture in that stage are happening and setting up the brain for the capacity to be used in a light bright environment. The brain change happened earlier in development than needed,” says O’Donnell. “This is surprising and exciting, as this kind of anticipatory brain development is not seen very often, as well as the fact that, with some accuracy, we can predict the developmental future of an individual and it looks as though the brain is tracking that trajectory, although it’s not being used yet.”

Looking forward, the team wonders whether or how the neural tissue investment may be offset prior to accruing cognitive payoffs. O’Donnell suspects anticipatory brain growth may be favored when the brain needs to be primed to respond to new challenges on short notice. In the case of dampwood termites, mating flights could occur soon after Kings and Queens reach adulthood.

The Science of Nature