Users reported relief in 92% of cases, with high degrees of effectiveness and ease of use 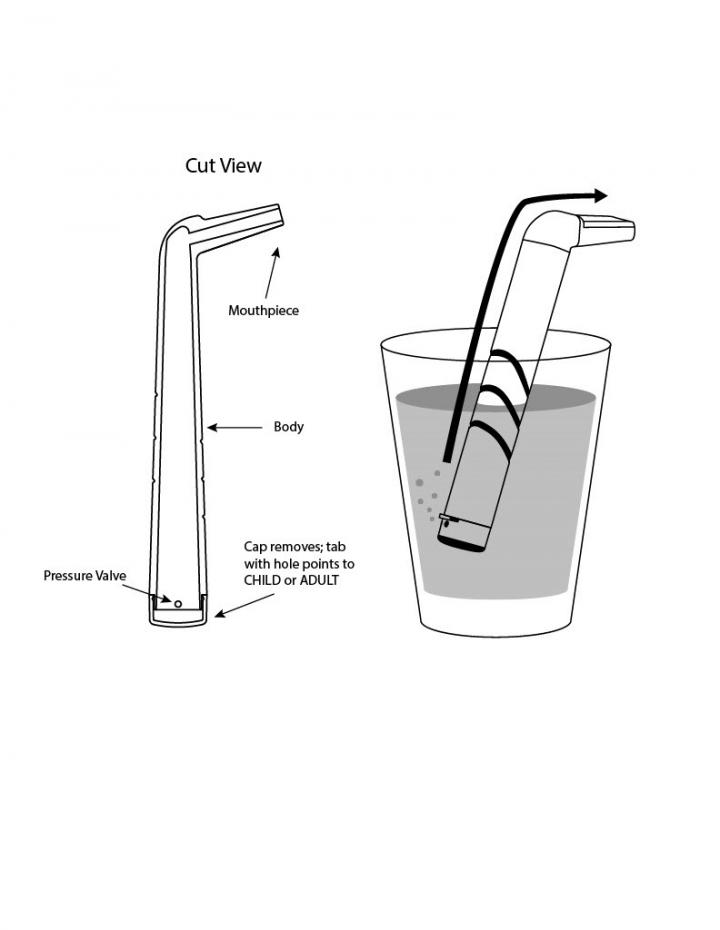 In the publication, the scientists coined a new term for the intervention: the “forced inspiratory suction and swallow tool,” or FISST. The team also reported the results of a survey of 249 users who were asked whether it is superior to hiccup home remedies such as breathing into a paper bag.

“Hiccups are occasionally annoying for some people, but for others they significantly impact quality of life,” said Ali Seifi, MD, associate professor of neurosurgery in UT Health San Antonio’s Joe R. and Teresa Lozano Long School of Medicine. “This includes many patients with brain and stroke injury, and cancer patients. We had a couple of cancer patients in this study. Some chemotherapies cause hiccups.”

FISST is a rigid drinking tube with an inlet valve that requires forceful suction to draw water from a cup into the mouth. The suction and swallow simultaneously stimulate two nerves, the phrenic and vagus nerves, to relieve hiccups.

Forceful suction induces the diaphragm, a sheaf of muscle that inflates the lungs during breathing, to contract. The suction and swallow also prompt the epiglottis, a flap that covers the windpipe during swallowing, to close. This ends the hiccup spasms.

FISST stopped hiccups in nearly 92% of cases, users self-reported. In terms of satisfaction, 226 of 249 participants (90.8%) affirmatively answered questions about whether they found the tool easy to use.

On a different measure, subjective effectiveness, 183 of 203 participants (90.1%) indicated that FISST was effective when they used it. Fewer participants answered this question, possibly because it was last in the survey, Dr. Seifi said.

The tool, developed at UT Health San Antonio by Dr. Seifi with input from medical students, is being marketed by a Colorado company under a license agreement with the university and has been accepted by a major supermarket chain to be placed on shelves, Dr. Seifi said.

The research project began with 600 individuals who, because they stated they had hiccups, received FISST. Of this population, 290 persons responded to a survey about their experience with using the device, compared to other remedies they have used. Of them, 249 fully answered the survey and were included in the research analysis.

The scale was 1 to 5, with 5 meaning the respondents were very happy with FISST and 1 meaning that they preferred to use home remedies.

As far as frequency of hiccups, 69% reported having them at least once a month, and most cases (65%) were transient, less than two hours in duration.

Future directions include conducting a double-blind clinical trial in Europe and America that gives FISST to one group of trial enrollees and a non-functional, sham device to another group. The challenge is developing something that resembles FISST but doesn’t work, Dr. Seifi said.

The University of Texas Health Science Center at San Antonio, also referred to as UT Health San Antonio, is one of the country’s leading health sciences universities and is designated as a Hispanic-Serving Institution by the U.S. Department of Education. With missions of teaching, research, patient care and community engagement, its schools of medicine, nursing, dentistry, health professions and graduate biomedical sciences have graduated 39,700 alumni who are leading change, advancing their fields, and renewing hope for patients and their families throughout South Texas and the world. To learn about the many ways “We make lives better®,” visit http://www.uthscsa.edu.

To see how we are battling COVID-19, read inspiring stories on Impact.