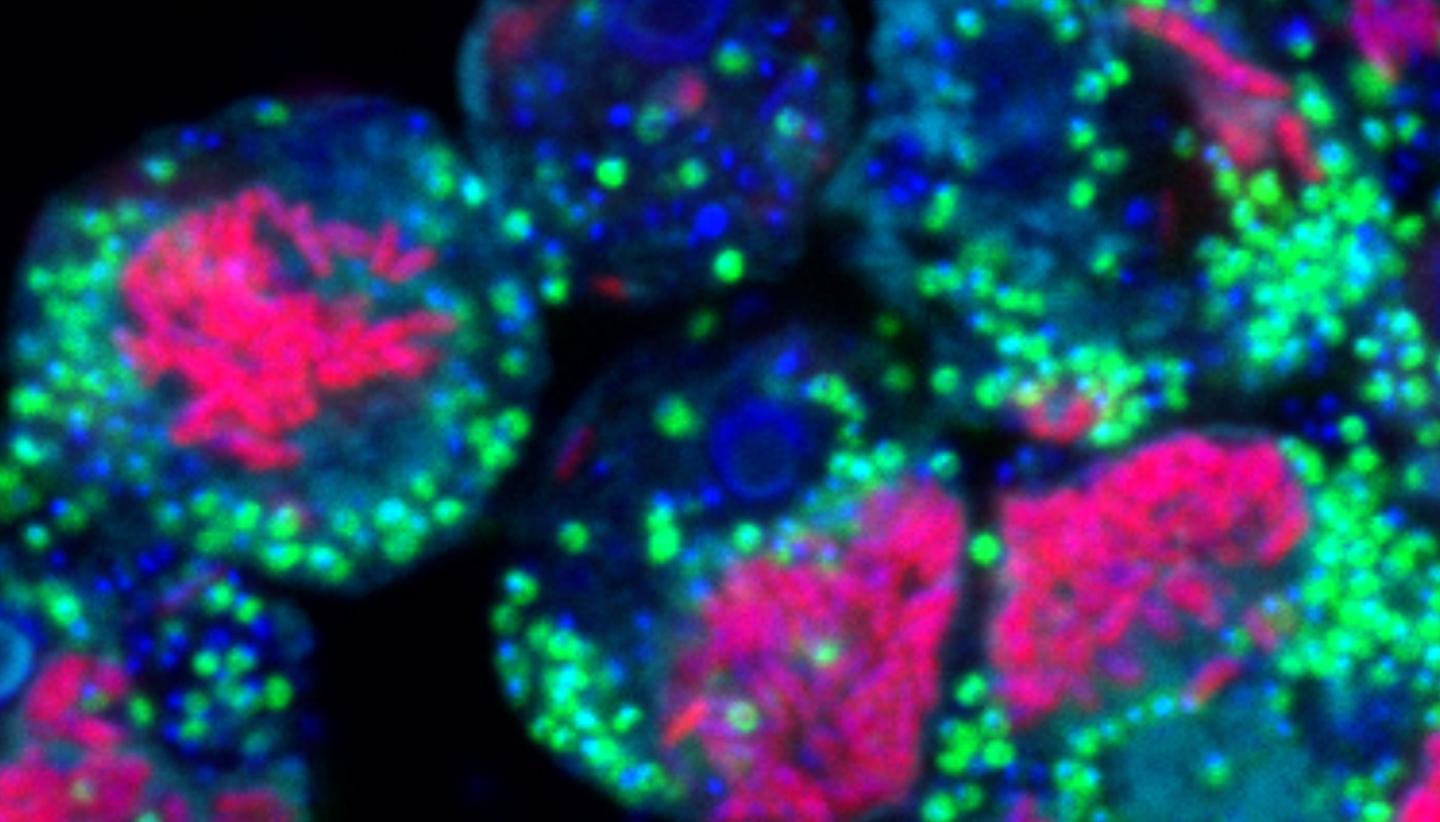 When people fall ill from bacterial infection, the first priority is to treat the disease. But where do these pathogens come from and how do they thrive in the environment before the infection occurs? An international team led by Matthias Horn from the Centre for Microbiology and Environmental Systems Science at the University of Vienna has tackled this question using an important bacterial pathogen that causes lung disease. The results of their study have been published recently in the scientific journal mBio.

Legionella pneumophila is the causative agent of Legionnaire’s disease (legionellosis), an atypical pneumonia that is harmless for healthy individuals but can be life-threatening for immunocompromised patients. The number of cases of disease caused by Legionella has been on the rise worldwide since 2000, with 228 registered cases and 10 deaths in Austria in 2017 alone. The latest major outbreak in Europe occurred in the Italian city of Brescia in September 2018. More than 400 patients suffered from pneumonia and had to be treated in hospitals.

The natural habitat of Legionella are sediments from lakes and rivers, but they also occur in man-made water systems. “They multiply within protozoa such as amoebae, which are ultimately destroyed upon release of the pathogens. It is precisely this property that allows Legionella to infect humans. The disease usually only occurs after Legionella has proliferated in protozoa,” explains Matthias Horn from the newly founded Centre for Microbiology and Environmental Systems Science, who together with his team and scientists from the Institut Pasteur and the University of Michigan has investigated the life cycle of Legionella in amoebae.

Legionella are not the only bacteria able to survive in protozoa. Single-celled microeukaryotes such as protozoa often harbor other bacteria that do not harm them, so-called endosymbionts. The team of researchers has now discovered that these bacteria significantly influence the proliferation and spread of Legionella. In numerous experiments, they were able to prove that Legionella can proliferate less efficiently in amoebae if they contain endosymbionts. Surprisingly, most amoebae with endosymbionts survive the otherwise lethal infection with Legionella. “Those bacteria that had previously proliferated in amoebae with endosymbionts were considerably less infectious and were therefore less successful in infecting new amoebae” said Lena König, first author of the study and doctoral student at the Centre for Microbiology and Environmental Systems Science.

To better understand what happens inside amoebae which harbor endosymbionts and are infected by Legionella, the scientists took a closer look at the gene expression of both bacteria. “RNA sequencing allows conclusions to be drawn about biological events that take place within amoebae,” explains Cecilia Wentrup, a postdoctoral researcher who played a major role in the project. König adds: “We found an explanation for the weakened infectivity of Legionella. They seem to lose the competition for nutrients inside the protozoa, which both the pathogen and the natural endosymbiont need to survive”. The consequence: Legionella multiply more slowly and cannot produce virulence factors necessary for the infection of amoeba and humans. For example, the pathogen fails to become mobile and lacks important storage compounds.

From the laboratory to the environment

Yet another observation caught the interest of the researchers. The growth arrest did not only work with commonly used laboratory strains, but also with amoebae freshly extracted from the environment, as well as with recently isolated Legionella. Endosymbionts of amoebae are therefore a decisive factor for the proliferation and spread of Legionella not only under laboratory conditions, but probably also in the environment. This is particularly important because most amoebae carry bacterial symbionts under natural conditions. The current study thus contributes significantly to better understand the lifestyle of these bacterial pathogens in the environment.

The project was carried out at the University of Vienna as part of the FWF project “Eukaryotic genes in vacuolar pathogens and symbionts (EUGENPATH)” and a Marie Sk?odowska Curie Individual Fellowship Fellowship.

How the Sun pumps out water from Mars into space

How your brain remembers motor sequences