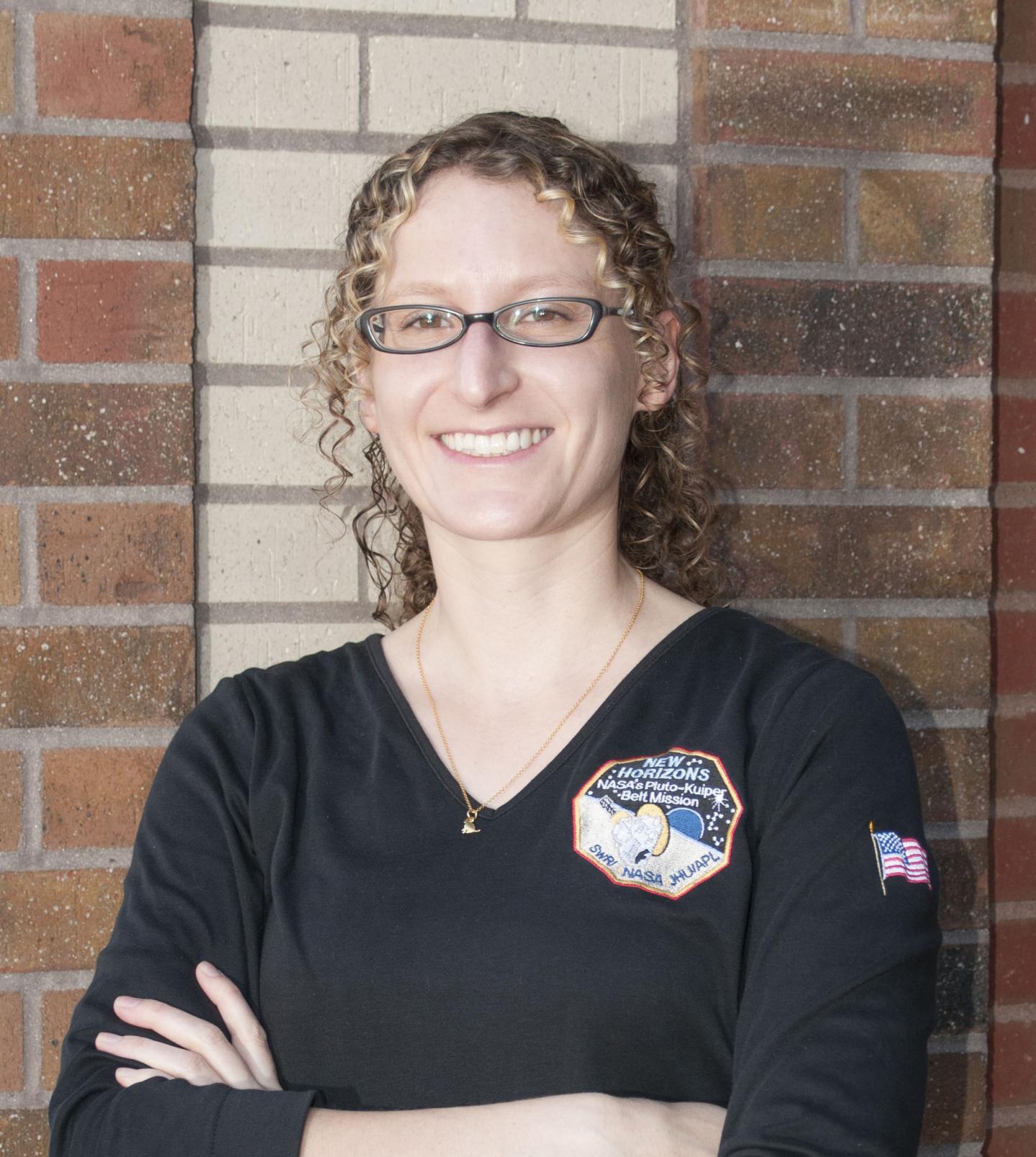 SAN ANTONIO — May 30, 2019 — Dr. Kelsi Singer, a senior research scientist at Southwest Research Institute, is being awarded the 2019 Harold C. Urey Prize by the American Astronomical Society’s Division for Planetary Sciences. The prize is the highest DPS honor for a young planetary scientist, recognizing outstanding achievements in planetary research.

“I am extremely honored to be recognized by the Division for Planetary Sciences,” Singer said. “This is an exciting time in the planetary science field, and I Iook forward to collaborating with my colleagues and contributing to future discoveries.”

The prize cites Singer’s work as “meticulous, rigorous, and insightful. In the best tradition of scientific brilliance, she examines data with an open mind, considers multiple theories, follows those theories to their logical conclusions, quantifies her uncertainties and applies healthy skepticism towards her results.”

Singer’s nomination recognized her work in impact cratering and in the geology and geophysics of icy worlds. Recently, she used the cratering record on Pluto and Charon to infer that objects less than a mile in diameter are relatively rare in the Kuiper Belt, with implications for the collisional history of the region and planetesimal formation. In other research, she used Cassini observations of Saturn’s moon Iapetus to create a catalog of landslide data and tested theories of long-runout landslides. She also used secondary craters on Jupiter’s moons Europa and Ganymede to calculate size-frequency and size-velocity distributions for icy blocks that revealed fundamental scaling relationships.

“The Urey Prize is a rare distinction in our field, but Kelsi is a rare scientist with many scientific talents, rigorous scientific standards and incredible drive,” said Dr. Alan Stern, associate vice president of SwRI’s Space Science and Engineering Division and principal investigator of the New Horizons mission. He was among the scientists who nominated Singer. “I know we’ve only seen the beginning of what she will achieve.”
Singer specializes in the geology and geophysics of planetary bodies. Her most recent contributions have been as a co-investigator and deputy project scientist on the New Horizons mission, working in operations and on the geology and geophysics team. She has dual bachelor’s degrees in astronomy and anthropology from the University of Colorado at Boulder and a doctorate in planetary sciences from Washington University, St. Louis, in 2013.

The Urey prize is named for one of the architects of the field of cosmochemistry who won a Nobel Prize in Chemistry in 1934 for his discovery of heavy hydrogen. An early proponent of lunar exploration, Urey examined samples returned from Apollo 11, which supported his contention that the Earth and Moon were of common origin. Singer will accept the prize at the joint 51st meeting of the Division for Planetary Sciences and 14th European Planetary Science Congress (EPSC) in Geneva, Switzerland, September 15-20, 2019.