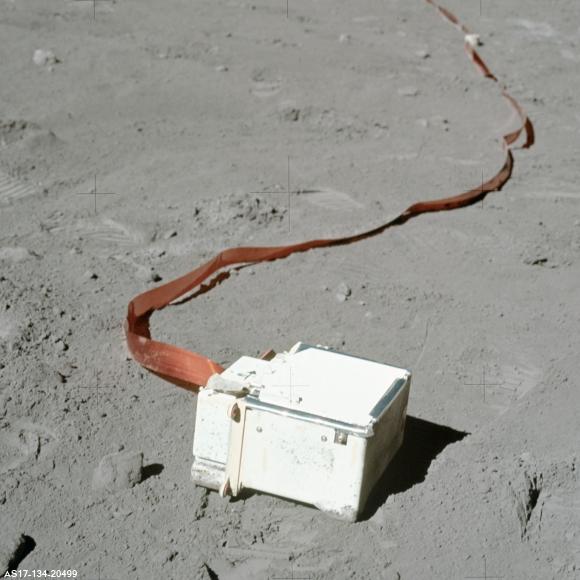 SAN ANTONIO — July 19, 2021 — NASA has funded Southwest Research Institute’s Environmental Analysis of the Bounded Lunar Exosphere (ENABLE) project, which aims to return mass spectrometry to the lunar surface. The three-year, $2.18 million program seeks to adapt a commercial off-the-shelf mass spectrometer into a design to identify materials present on the Moon.

Mass spectrometry is an analytic technique that identifies chemical substances by sorting gaseous ions according to their mass-to-charge ratios. Mass spec instruments can identify unknown compounds, quantify known compounds and determine structure and chemical properties of molecules. The proposed lunar design could be deployed on multiple spaceflight platforms, including lunar surface landers and robotic rovers, as well as a handheld tool suitable for operation by future astronauts.

“The last mass spectrometer deployed to the lunar surface was the Lunar Atmospheric Composition Experiment (LACE) deployed in December 1972 during the Apollo 17 mission,” said SwRI’s Edward Patrick, ENABLE principal investigator. “With ENABLE, we are starting with a successful commercial design capable of conducting diagnostics from atmospheric pressure down to ultra-high vacuum (UHV).”

Nearly half a century after Apollo, NASA lunar missions such as the Lunar Crater Observation and Sensing Satellite, the Lunar Reconnaissance Orbiter and Lunar Atmosphere and Dust Environment Explorer have conducted remote sensing to search for trapped volatiles, chemical substances that can be readily vaporized. These discoveries have jump-started the field of “in situ resource utilization” or ISRU, which would allow explorers to “live off the land” at target worlds such as the Moon and Mars.

Whether excavating reservoirs of natural resources for breathable air and rocket fuel, or producing engineered materials for space architecture and construction, ISRU holds the promise of reducing the size of payloads necessary for future missions. It could also increase science payload capacity, reduce mission risks, support extended human-crewed missions, and, ultimately, allow a permanent human presence on the Moon and beyond.

“It’s past time for mass spectrometry to return to the Moon,” Patrick said. “With the armada of multinational space missions currently under development and on the drawing board, mass spectrometry is a priority diagnostic tool necessary for ISRU success.”

Once the usefulness of these types of instruments are demonstrated firsthand during the exploration and development coming to the lunar surface, Patrick expects in situ mass spectrometers to become ubiquitous.

“Whether its prospecting for lunar volatiles, monitoring spacecraft exhaust byproducts, probing the eons-old history of the lunar subsurface or hunting for leaks from micrometeoroid impacts, we believe mass spectrometry is going to lead the way in surveying the Moon’s harsh environment,” Patrick said.

SwRI’s ENABLE project is funded by NASA’s Development and Advancement of Lunar Instrumentation (DALI) program, which seeks to advance and develop science instruments that show promise for use in future small commercial lunar landers.

For more information, go to planetary-science.