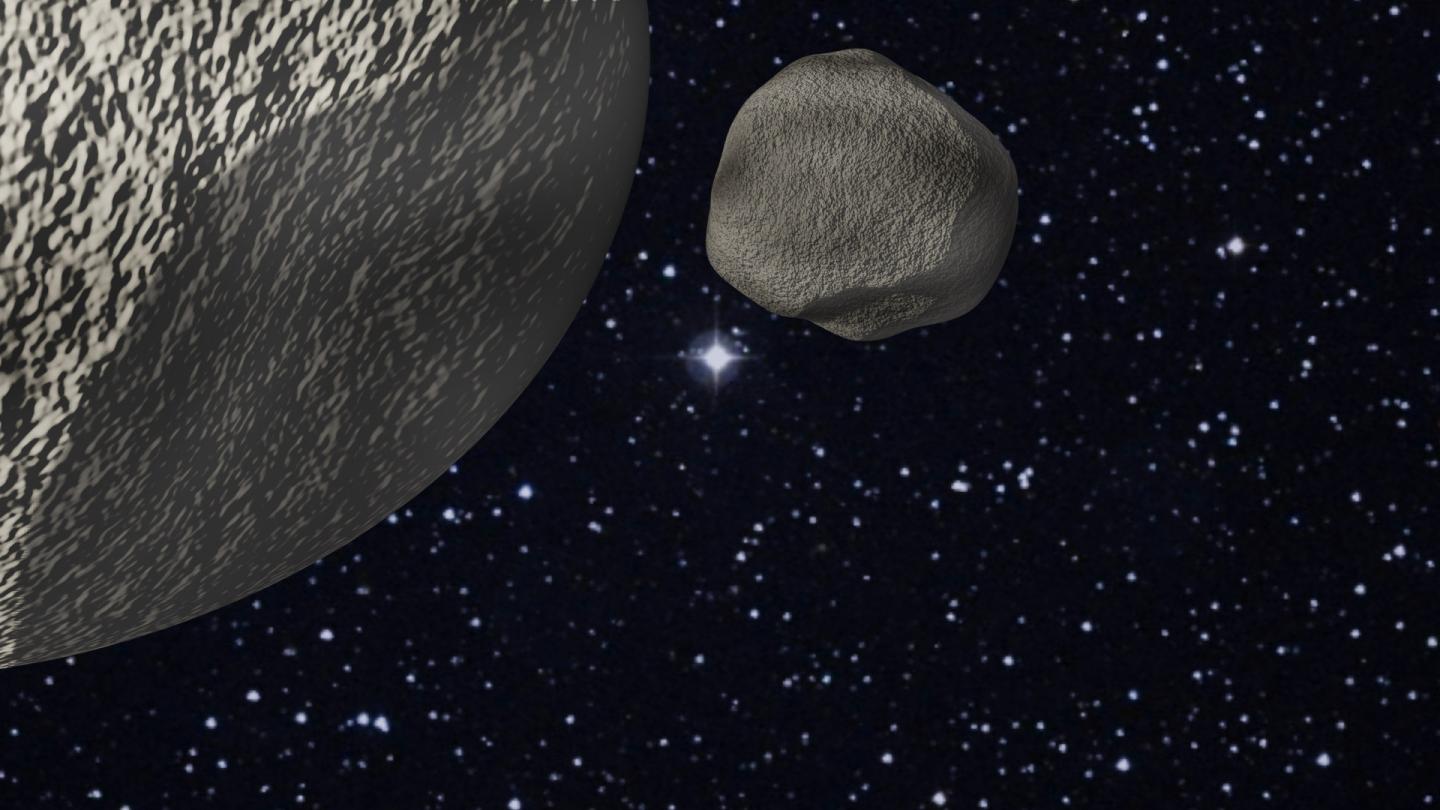 Trans-Neptunian objects (TNOs) are small icy bodies that orbit the Sun beyond Nep-tune. Binary TNOs occur when two of these objects orbit each other while together or-biting the Sun. Leiva and Buie discovered two objects in a particularly close gravita-tional configuration. The pair was detected using a stellar occultation, which occurs when an object passes between Earth and a distant star which hides, or “occults,” the star from view. Observers located in the path of the object’s shadow can record the star blinking out and reappearing. The length of time that the object blocks the starlight can be used to determine its size.

“What’s also interesting and unusual is this object’s characteristics,” Leiva said. “The two components are quite close, only 350 kilometers apart. Most binary TNOs are very separated, usually 1,000 kilometers or more. This closeness makes this type of binary TNO difficult to detect with other methods, which is what RECON was designed to ac-complish.”

The discovery of the new TNO was made possible by RECON, a collection of 56 obser-vation stations stretching from Yuma, Arizona, to Orville, Washington. The NSF-funded project provides each station with an array of observation equipment, including 11-inch telescopes. High school teachers are trained by Leiva, Buie and Fiske Planetari-um Director Dr. John Keller to operate the stations and observe occultations so they can then teach students how to make the same observations. RECON has seen several stu-dents go on to do research related to their observations in college.

“To me this project is citizen science at its best,” Buie said. “They’re learning as well as making observations and helping to collect data. If they didn’t do this, we wouldn’t learn about these objects.”

RECON stations are commonly placed in small communities along an ideal line, from the southern to the northern border of the United States, for observation of stellar occul-tations. Eight additional stations were established in Canada in 2018 by colleagues of Leiva and Buie.

Going forward, Leiva and Buie will continue to search for previously unobserved TNOs, with the aim of discovering whether close binaries are common or unusual in our Solar System.

“Most models of the Solar System indicate that binaries are very common, particularly close binaries like this one,” Leiva said. “If you have an accurate measurement of how common they are, you can fine tune these models.”

“Our overarching aim is to know how common close binary TNOs are,” Buie said. “Is this object one in a million or just like 90% of them? This is fueling our knowledge for building better models of how the Solar System formed.”