All algae sugars are entirely degraded by bacteria; well, not all; one sugar holds out against the invaders and could act as an important carbon sink 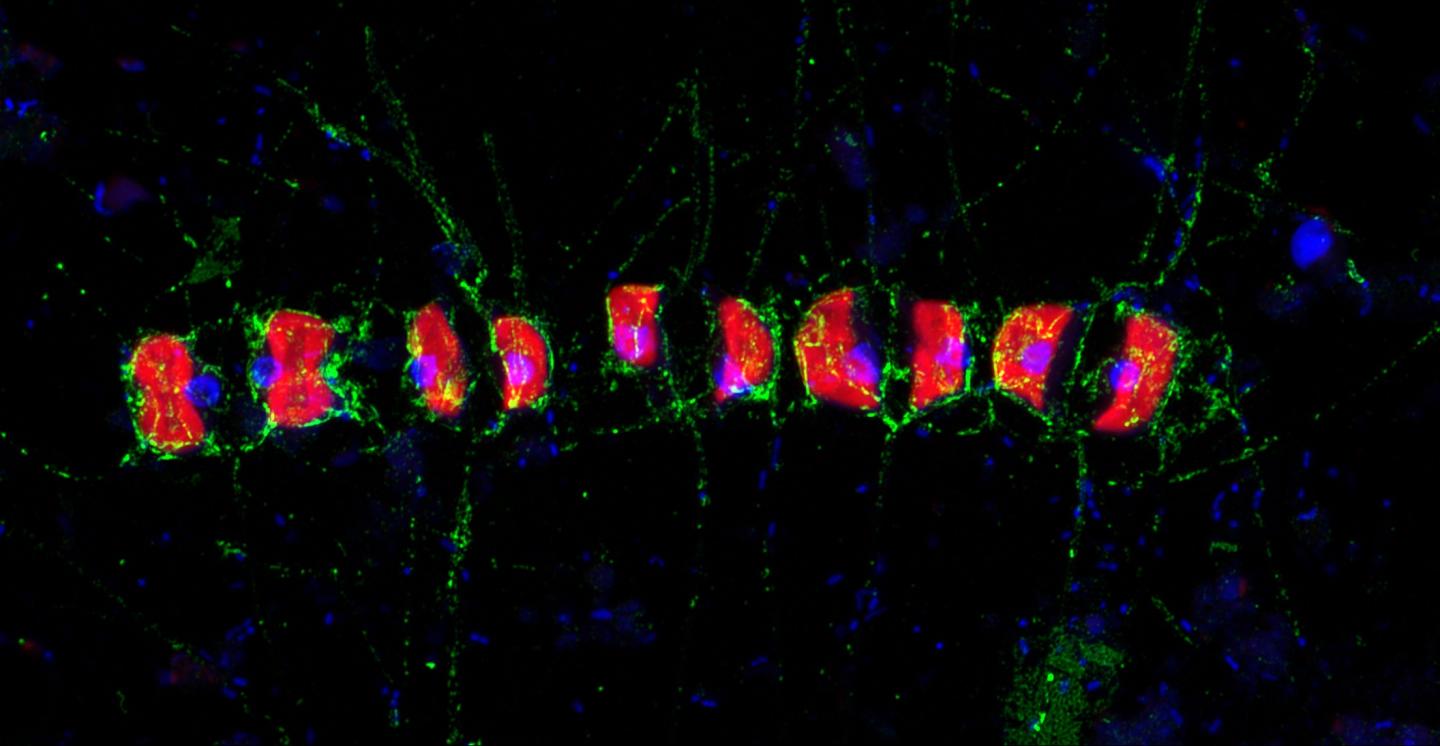 A major pathway for carbon sequestration in the ocean is the growth, aggregation and sinking of phytoplankton – unicellular microalgae like diatoms. Just like plants on land, phytoplankton sequester carbon from atmospheric carbon dioxide. When algae cells aggregate, they sink and take the sequestered carbon with them to the ocean floor. This so called biological carbon pump accounts for about 70 per cent of the annual global carbon export to the deep ocean. Estimated 25 to 40 per cent of carbon dioxide from fossil fuel burning emitted by humans may have been transported by this process from the atmosphere to depths below 1000 meter, where carbon can be stored for millennia.

Yet, even it is very important, it is still poorly understood how the carbon pump process works at the molecular level. Scientists of the research group Marine Glycobiology, which is located at the Max Planck Institute for Marine Microbiology and the MARUM – Center for Marine Environmental Sciences at the University of Bremen, investigate in this context marine polysaccharides – meaning compounds made of multiple sugar units – which are produced by microalgae. These marine sugars are very different on a structural level and belong to the most complex biomolecules found in nature. One single bacterium is not capable to process this complex sugar-mix. Therefore a whole bunch of metabolic pathways and enzymes is needed. In nature, this is achieved by a community of different bacteria that work closely and very efficiently together – a perfect coordinated team. This bacterial community works so well that the major part of microalgal sugars are degraded before they aggregate and start to sink. A large amount of the sequestered carbon therefore is released back into the atmosphere.

But, how is it possible that nevertheless a lot of carbon is still transported to the deep-sea? The scientists of the group Marine Glycobiology now revealed a component that may be involved in this process and published their results in the journal Nature Communications. “We found a microalgal fucose-containing sulphated polysaccharide, in short FCSP, that is resistant to microbial degradation,” says Silvia Vidal-Melgosa, first author of the paper. “This discovery challenges the existing paradigm that polysaccharides are rapidly degraded by bacteria.” This assumption is the reason why sugars are overlooked as a carbon sink – until now. Analyses of the bacterial community, which were performed by scientists from the department of Molecular Ecology at the MPI in Bremen and the University of Greifswald, showed bacteria had a low abundance of enzymes for the degradation of this sugar.

A crucial part of the finding is that this microbial resistant sugar formed particles. During growth and upon death unicellular diatoms release a large amount of unknown, sticky long-chained sugars. With increasing concentration, these sugar chains stick together and form molecular networks. Other components attach to these small sugar flakes, such as other sugar pieces, diatom cells or minerals. This makes the aggregates larger and heavier and thus they sink faster than single diatom cells. These particles need about ten days to reach a depth of 1000 meters – often much longer. This means that the sticky sugar core has to resist biodegradation for at least so long to hold the particle together. But this is very difficult as the sugar-eating bacteria are very active and always hungry.

In order to unravel the structures of microalgae polysaccharides and identify resistant sticky sugars, the scientists of the research group Marine Glycobiology are testing new methods. This is necessary because marine sugars are found within complex organic matter mixtures. In the case of this study, they used a method which originates from medical and plant research. It combines the high-throughput capacity of microarrays with the specificity of monoclonal antibody probes. This means, that the scientists extracted the sugar-molecules out of the seawater samples and inserted them into a machine that works like a printer, which doesn’t use ink but molecules. The molecules are separately “printed” onto nitrocellulose paper, in form of a microarray. A microarray is like a microchip, small like a fingernail, but can contain hundreds of samples. Once the extracted molecules are printed onto the array it is possible to analyse the sugars present on them. This is achieved by using the monoclonal antibody probes. Single antibodies are added to the arrays and as they react only with one specific sugar the scientists can see, which sugars are present in the samples.

“The novel application of this technology enabled us to simultaneously monitor the fate of multiple complex sugar molecules during an algal bloom,” says Silvia Vidal-Melgosa. “It allowed us to find the accumulation of the sugar FCSP, while many other detected polysaccharides were degraded and did not store carbon.” This study proves the new application of this method. “Notably, complex carbohydrates have not been measured in the environment before at this high molecular resolution,” says Jan-Hendrik Hehemann, leader of the group Marine Glycobiology and senior author of the study. “Consequently, this is the first environmental glycomics dataset and therefore the reference for future studies about microbial carbohydrate degradation”.

Next step: Search for particles in the deep sea

The discovery of FCSP in diatoms, with demonstrated stability and adhesive properties, provides a previously uncharacterised polysaccharide that contributes to particle formation and potentially therefore to carbon sequestration in the ocean. One of the next steps in the research is “to find out, if the particles of this sugar exist in the deep ocean,” says Hehemann. “That would indicate that the sugar is stable and constitutes an important player of the biological carbon pump.” Furthermore, the observed stability against bacterial degradation, and the structure and physicochemical behaviour of diatom FCSP point towards specific biological functions. “Given its stability against degradation, FCSP, which coats the diatom cells, may function as a barrier protecting the cell wall against microbes and their digestive enzymes,” says Hehemann. And last but not least, another open question to be solved: These sugar particles were found in the North Sea near the island of Helgoland. Do they also exist in the sea of other regions in the world?