Sweet discovery could drive down inflammation, cancers and viruses

A WEHI-led study has identified a new enzyme involved in controlling cell death, in findings that could lead to better treatment options for a range of inflammatory conditions, cancers and viruses. 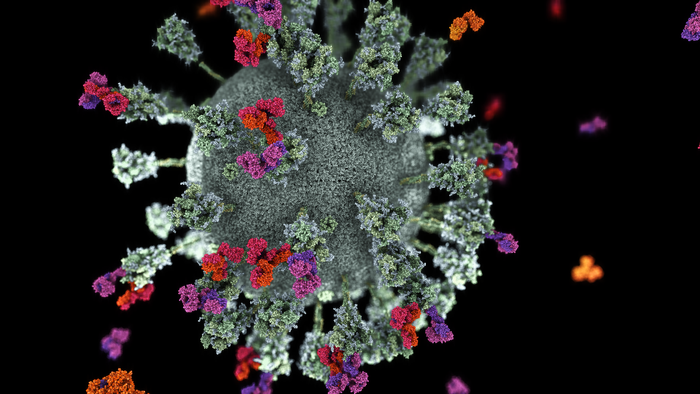 Sweet discovery could drive down inflammation, cancers and viruses

A WEHI-led study has identified a new enzyme involved in controlling cell death, in findings that could lead to better treatment options for a range of inflammatory conditions, cancers and viruses.

The discovery offers another way to regulate the cell death process for inflammatory diseases like psoriasis – conditions that occur due to excessive cell death in the body – and could also help in future to reduce the severity of viruses like COVID-19.

Inflammatory cell death is an important part of the body’s immune response. But when uncontrolled, it can lead to harmful amounts of inflammation in otherwise healthy organs and tissue, which fuels inflammatory disease.

The WEHI-led collaboration, involving researchers from Zürich University, the University of Melbourne, the Hudson Institute of Medical Research and Monash University found an enzyme known as tankyrase-1 uses a ‘sugar tag’ to prevent excessive cell death.

This discovery could have implications for patients suffering from chronic inflammatory diseases driven by unregulated cell death, such as psoriasis and rheumatoid arthritis.

It could also impact patients suffering from inflammatory cancers, such as those in the bowel, where there is too little cell death.

Published in Science Advances, the findings could help lead to better treatment options for infections, chronic inflammatory diseases and some cancers in the future.

The new research focused on a protein called TNFR1, which exists on the surface of our cells and can induce a protein complex known to cause cell death.

Cells have many mechanisms to fight pathogens, which viruses try to interfere with in order to stay alive. Our cells will trigger the TNFR1 death complex if they can detect pathogenic interference.

Professor John Silke likened this to a ‘temple of doom’.

“Like how the ‘temple of doom’ tries to trap Indiana Jones, the virus is the less fortunate treasure hunter in this scenario,” he said.

“Our cells have evolved to the point where they will kill themselves when they detect a pathogen, to protect the body.

“Since pathogens such as viruses need a living cell to replicate in, the ‘temple of doom’ created by our cells is a very effective way to stop a virus infection in its tracks.”

“By isolating the TNFR1 death complex from the cell, we were able to show exactly how tankyrase-1 impacted cell death, in findings that took us by surprise,” Dr Liu said.

“While we’ve known for many years that tankyrase-1 plays a role in fuelling cell growth, our study is the first to link this enzyme to TNFR1-mediated inflammatory cell death.”

Researchers found the enzyme plays a key role in the removal of the TNFR1 death complex.

“We found tankyrase-1 attaches sugar molecules called ribose to components of the TNFR1 death complex, which acts as a tag to trigger the removal of the protein complex,” Dr Liu said.

“This sugar tag is essential to removing this complex and preventing excessive cell death.”

Using a SARS-CoV-2 protein, the team was able to show how some viruses can inadvertently trigger the death complex and cell death process.

Dr Najoua Lalaoui said the findings could lead to ways of reducing the severity of some viruses in the future.

“In healthy, uninfected cells, tankyrase-1 attaches the sugar group onto the TNFR1 death complex to stop its killing abilities,” she said.

“But during infections the virus produces a protein that can remove the sugar group, which helps unleash the killing potential of the complex.”

Tankyrase-1 is also known to play a role in some cancers, with drugs that inhibit its function currently in pre-clinical trials.

Dr Lalaoui said discovering the enzyme’s role in cell death could lead to better treatment options for patients suffering from some inflammatory cancers.

“We’re suggesting anti-tankyrase drugs might in future be specifically targeted to cancers that express TNF, as the drugs would then both stop cancer cells growing and trigger cell death to potentially make them more effective.

“Our findings are laying the scientific foundation that could lead to improved future treatments for not only some cancers, but also chronic inflammatory conditions.”