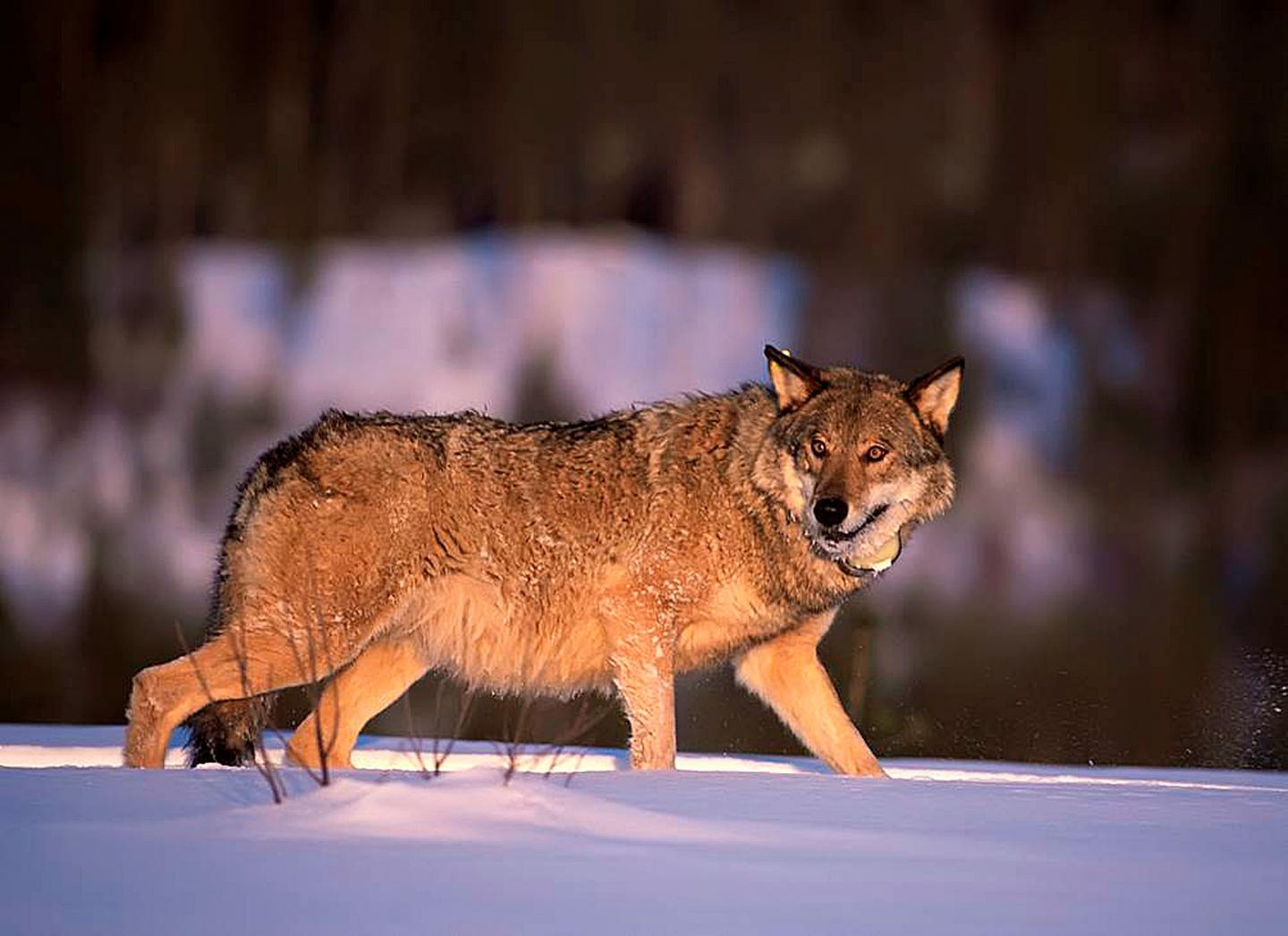 The Scandinavian wolf originally came from Finland and Russia, and unlike many other European wolf populations its genetic constitution is virtually free from dog admixture. In addition, individuals have migrated into and out of Scandinavia. These findings have emerged from new research at Uppsala University in which genetic material from more than 200 wolves was analysed. The study is published in the journal Evolutionary Applications.

The origin of the Scandinavian wolf strain has long been a controversial topic. Previous genetic studies have indicated migration from the east, without being able to give unequivocal answers about the geographical provenance of this population. The new survey provides a clearer picture of how it formed.

“We can see that those wolves that founded the Scandinavian population in the 1980s were genetically the same as present-day wolves in Finland and Russian Karelia,” says Hans Ellegren, professor of evolutionary biology at Uppsala University.

These results are a culmination of earlier research. In 2019, the same research group published a study in which they had analysed wolves’ Y-chromosome DNA only – that is, the male-specific genes that can be passed on solely from fathers to their male offspring, showing paternal lineages over past generations. In the new, much more extensive study, also led by Hans Ellegren and Linnéa Smeds at Uppsala University, whole-genome sequences were analysed.

From time to time, new wolves migrate into Sweden from the east. Now, on the other hand, the scientists found genetic evidence for migration in the opposite direction: Scandinavian-born wolves among animals found in Finland.

“We’ve probably never had a specific Scandinavian population. Throughout the ages, wolves have likely moved back and forth between the Scandinavian peninsula and regions to the east,” Ellegren says.

The researchers also sought answers to the question of whether there has been genetic mixing of dogs and Scandinavian wolves. Hybridisation between feral dogs and wolves is common in many parts of the world, and may be difficult to avoid. As late as in 2017, a hybrid wolf-dog litter was found in the county of Södermanland, southwest of Greater Stockholm. If such crossbreeds were allowed to reproduce, they would constitute a threat to the genomic integrity of the wolf strain.

When genetic material from Scandinavian and Finnish wolves was compared with that from some 100 dogs of various breeds, however, the scientists were unable to find any evidence that wolf-dog hybridisation has left its mark on the genetic composition of this wolf population – at least, no signs that recent crossbreeding has affected the wolves.