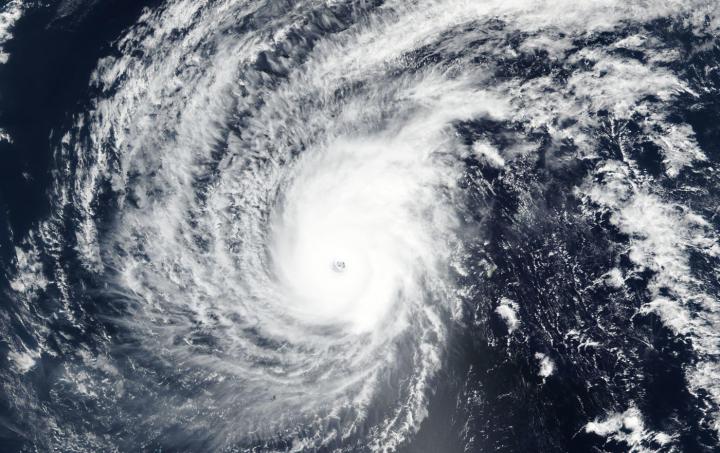 Tropical Cyclone Wutip has strengthened into a powerful super typhoon and NASA-NOAA’s Suomi NPP satellite snapped a visible image of the storm that revealed a clear eye.

Wutip strengthened into a super typhoon within 24 hours, according to the Joint Typhoon Warning Center or JTWC. The Visible Infrared Imaging Radiometer Suite (VIIRS) instrument aboard NASA-NOAA’s Suomi NPP satellite captured a visible image of the storm as it became a super typhoon. The VIIRS image revealed a clear, symmetric eye, about 25 nautical miles wide. The eye was surrounded by powerful thunderstorms. A microwave image showed improved, more organized bands of thunderstorms wrapping into the center.

At 10 a.m. EDT (1500 UTC) on Feb. 25, Wutip’s maximum sustained winds were near 140 knots (161 mph/259). That makes Wutip a Category 5 hurricane on the Saffir-Simpson Hurricane Wind Scale. Wutip’s center was located near 14.0 degrees north latitude and 140.1 east longitude, that’s approximately 237 nautical miles north of Ulithi. Ulithi is an atoll in the Caroline Islands.

Getting to the ‘art’ of dementia: UC researchers highlight benefits of…

Gene regulation behind the choice of the correct receptor for…