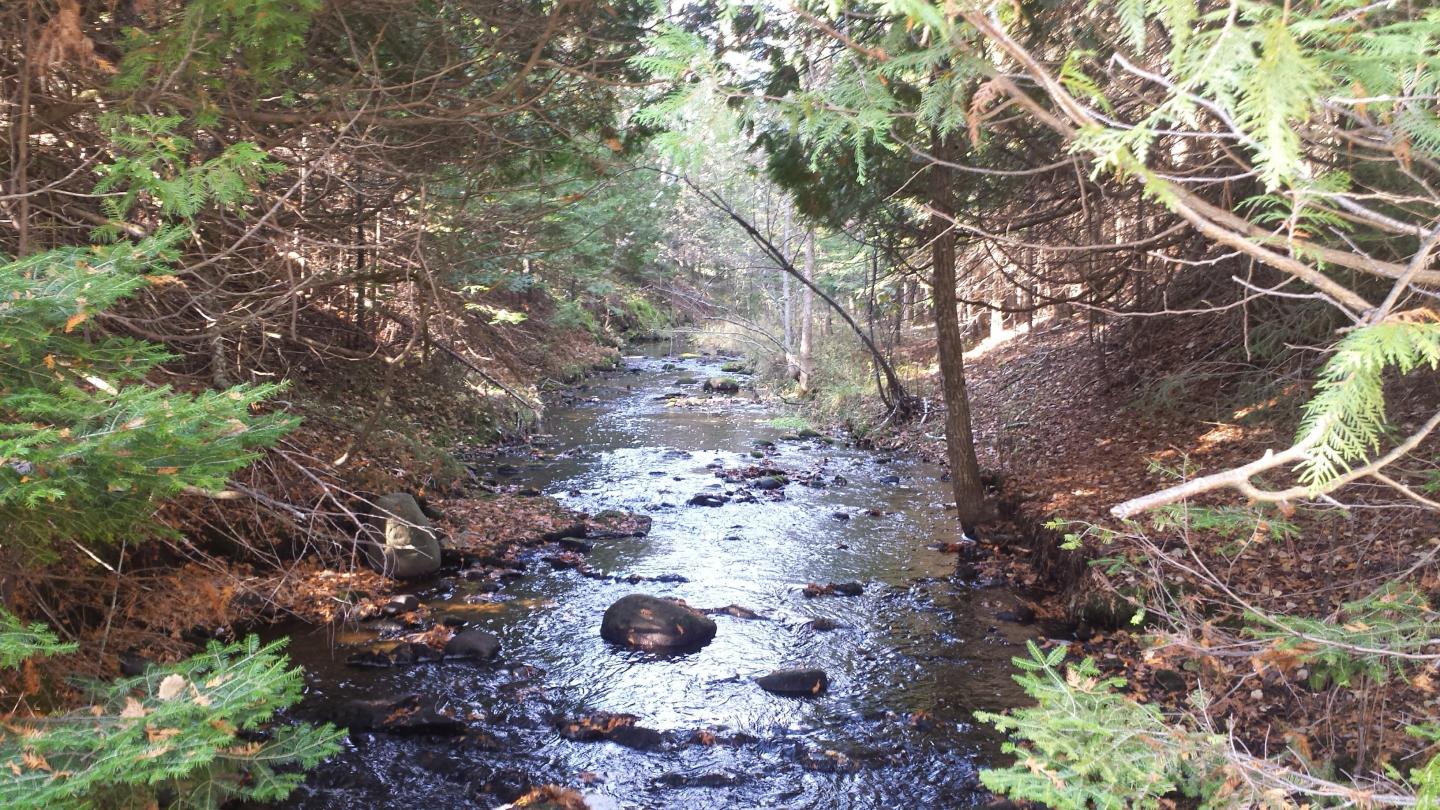 MADISON – In the summer of 2018, Rob Mooney, a graduate student at the University of Wisconsin-Madison’s Center for Limnology, set out on an epic road trip around Lake Michigan. Mooney was no stranger to the drive. In fact, he had already completed eight circuits of the lake over the previous two years as he monitored seasonal changes in dozens of rivers and streams flowing into the lake.

This time, however, Mooney’s plan for his unusual tour was even more ambitious. In as little time as possible, he would take water samples at as many of the nearly 300 tributaries that flow into the lake as he could.

While obstacles like dangerous road crossings and encounters with aggressive dogs made stopping at every single stream impossible, at the end of six days Mooney had a snapshot of 235 tributaries that empty into Lake Michigan. That, says Mooney, “was just cool in itself,” but “a bonus was that we actually started to see patterns in these smaller tributaries.”

Those patterns are discussed in an article published this week in the Proceedings of the National Academy of Sciences, and they reveal that small streams can have a big water quality impact where they empty into the lake. While decades of monitoring and regulatory efforts have paid little attention to these tiny tributaries, Mooney’s research shows that they play an outsized role in feeding algae blooms and impacting coastal waters.

Fueled by weak motel coffee and a glovebox full of sugary snacks like Uncrustables and Twinkies, Mooney and recent UW-Madison graduate Will Rosenthal sampled nearly 40 streams a day. For each tributary, the duo would find a road crossing as close to the lake as possible. Mooney would then walk out to the middle of the bridge or culvert over the stream and toss a bucket tied to a rope into the water. After filtering these water samples into small vials and tucking them into a well-iced cooler, they headed along the coast to the next stream.

The primary goal was to understand how small tributaries contributed to what scientists call nutrient loading, where elements like the nitrogen and phosphorus found in agricultural fertilizers run off of the land and into downstream waters. These nutrients are also good at fertilizing algal growth and lead, among other things, to potentially toxic algal blooms and oxygen-starved dead zones.

“Within the Great Lakes there are hundreds and hundreds of small tributaries that are flowing in but, for the most part, they haven’t been considered by previous nutrient-loading studies because they’re so small compared to the big ones,” Mooney says.

And, indeed, the snapshot he got from his study showed that the six largest tributaries — rivers like the Kalamazoo in southern Michigan and the Fox River that runs through Green Bay — account for 70 percent of the nutrients entering Lake Michigan. But other trends emerged that pointed at unappreciated impacts smaller streams have on the lake.

Smaller tributaries often had nutrient loads that were high for their size and, more important to water-quality concerns, contained higher percentages of soluble reactive phosphorus, a compound that is readily available for nutrient-starved algae or aquatic plants to snap up and use to feed their growth.

Not only do smaller tributaries tend to bring these more bioavailable nutrients to the lake, Mooney says, they also don’t have high stream flows. “They aren’t blasting water out into the lake,” he explains, “but getting pushed back against the shore so all of the nutrients they have stay available along those coastlines.”
And that fact may point to the most important takeaway of Mooney’s study.

“It’s hard to think of a Great Lake, like Lake Michigan, as a singular lake. It is just so massive and built up of all of these smaller segments of coastline that have different tributaries running in,” he says.

In other words, no one experiences the lake at a whole-lake scale.

“One of the reasons why I wanted to stop at every tributary is because, on my earlier sampling trips, I would stop and get lunch somewhere and talk to the people who lived and owned businesses and rented out hotels along the coast,” Mooney says. People were excited if their stream was on his agenda, he recalls, because “if any stream is going to affect their daily livelihood, it’s going to be the smaller ones that will have a direct impact on the shoreline they live along.”

Mooney hopes his study can help resource managers target nutrient-reduction efforts on tributaries that will have the biggest impact for nearshore ecosystems or local communities. “There is still a lot to learn about how these smaller tributaries influence coastal water quality throughout the Great Lakes”, he says.

But that doesn’t mean he’s feeling the itch for a tenth lap around the lake just yet. For now, Mooney is content to comb through the data collected on his other nine trips and explore more questions about how and why smaller tributaries behave the way they do.

While he may miss the open road and front-row seats to every mile of the Lake Michigan coastline, he laughs, “for me, sampling forty streams a day and driving hundreds of miles for six days straight is definitely not the most sustainable research model.”

This work was supported in part by the Department of Interior Northeast Climate Adaptation Science Center and the U.Ss Geological Survey (grant G12AC00001).