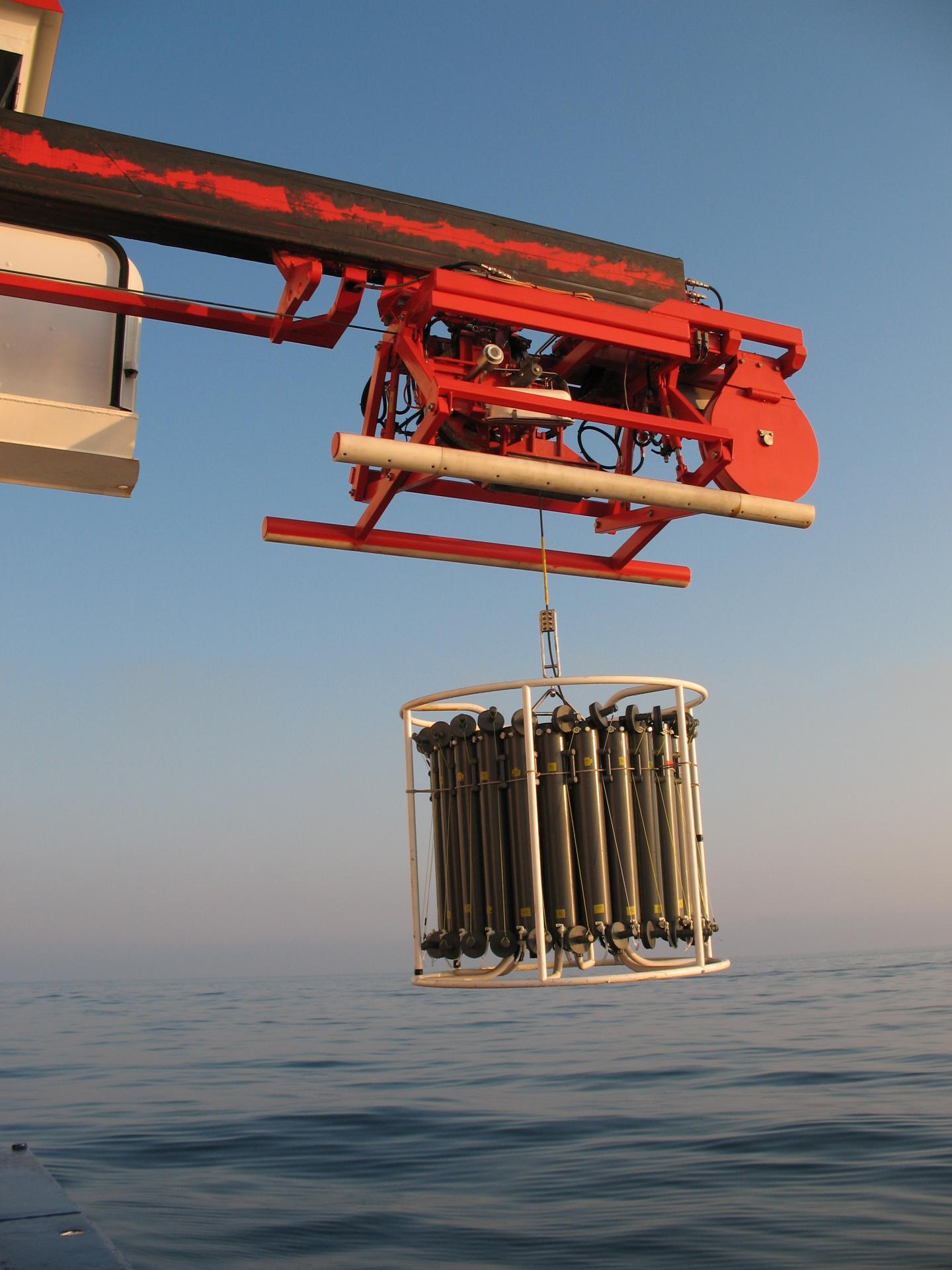 The Black Sea is an unusual body of water: below a depth of 150 metres the dissolved oxygen concentration sinks to around zero, meaning that higher life forms such as plants and animals cannot exist in these areas. At the same time, this semi-enclosed sea stores comparatively large amounts of organic carbon. A team of researchers led by Dr Gonzalo V. Gomez-Saez and Dr Jutta Niggemann from the University of Oldenburg’s Institute for Chemistry and Biology of the Marine Environment (ICBM) has now presented a new hypothesis as to why organic compounds accumulate in the depths of the Black Sea – and other oxygen-depleted waters in the scientific journal Science Advances.

The researchers posit that reactions with hydrogen sulfide play an important role in stabilizing carbon compounds. “This mechanism apparently contributes to the fact that there is more than twice as much organic carbon in the waters of the Black Sea as in oxygen-rich marine areas,” says Niggemann. “This provides a negative feedback in the climate system that could counteract global warming over geological periods.”

In the Black Sea, which covers an area almost twice the size of France, conditions rarely found in other marine regions have prevailed for around 7,000 years: stable stratification largely prevents the mixing of surface and deep waters. The water in the upper 150 metres is low in salt and oxygen-rich, and comes mainly from rivers like the Danube. Below that, there is a layer of higher density saline water that flows into the Black Sea from the Mediterranean via the Bosporus.

“When you open a water sample from the deeper areas of the Black Sea, the smell of rotten eggs almost knocks you over,” Niggemann says. On the surface, however, there is no indication that the Black Sea is a stagnant body of water in which, due to the lack of oxygen, bacteria produce foul-smelling hydrogen sulfide.

As the new study shows, this highly reactive molecule binds with substances from a diverse group of carbonaceous materials that are present in every litre of seawater. These substances are known as dissolved organic matter (DOM) – a complex mixture of countless different molecules that are the product of decomposed organic matter or bacterial metabolic processes.

“We were able to show very clearly that hydrogen sulfide reacts with the extremely diluted organic matter directly in the water,” Niggemann explains. The products of the reaction are potentially more durable than the starting materials and therefore accumulate in the water.

The team compared water samples from different locations in the Black Sea and other seas and rivers. Using various analytical methods, including the ultrahigh resolution mass spectrometer of the Marine Geochemistry research group at the University of Oldenburg, the researchers were able to characterize the dissolved organic matter in detail.

They found that almost a fifth of the organic molecules in the anoxic areas of the Black Sea contained sulfur – significantly more than in other seas. In addition, the team was able to establish that a high proportion of these compounds are only found in these areas, leading the researchers to conclude that the sulfur compounds form there through chemical reactions in the sulfidic water.

Given that huge amounts of carbon are stored in dissolved organic matter – the world’s oceans contain roughly as much dissolved organic carbon as there is CO2 in the Earth’s atmosphere – the results of this new study are also relevant for the climate. “The volume of ocean waters completely depleted of oxygen quadrupled between 1960 and 2010.

Consequently, this sulfur-based mechanism of carbon storage could influence the chemistry of the oceans in the future,” says Gomez-Saez, the lead author of the study. But this negative feedback is too weak to have a noticeable impact on climate change under the current conditions, he adds. In geological history, however, there have been several periods during which large areas of the oceans were oxygen-deficient. During these periods this effect could have contributed to long-term removal of carbon dioxide from the atmosphere.

The water samples from the Black Sea were taken during an expedition with the research vessel Maria S. Merian. In addition to the team from the ICBM, researchers from the Alfred Wegener Institute, Helmholtz Centre for Polar and Marine Research (AWI) in Bremerhaven, the MARUM – Center for Marine Environmental Sciences of the University of Bremen, and the Max Planck Institute for Marine Microbiology in Bremen participated in the study.