New research utilizing data from U.S. Supreme Court law clerk hiring decisions finds that female job applicants with recommendations from other, highly tenured women have the strongest chance of getting a job offer. 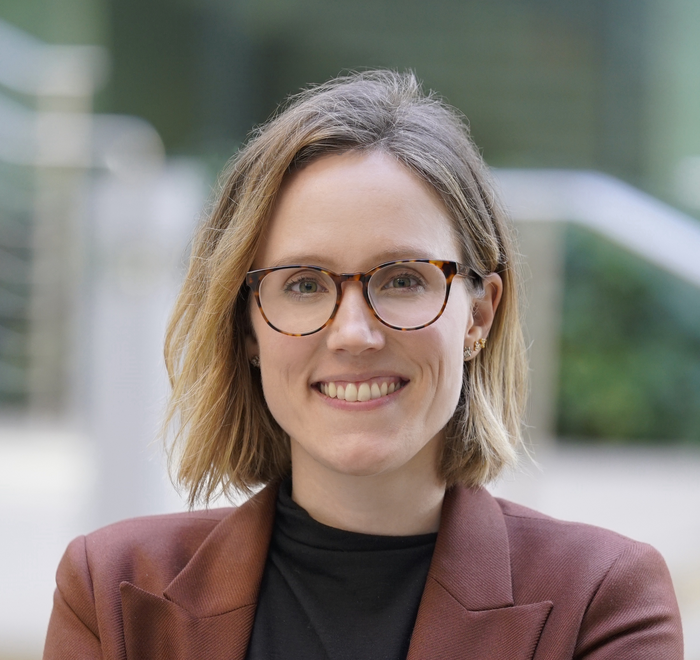 New research utilizing data from U.S. Supreme Court law clerk hiring decisions finds that female job applicants with recommendations from other, highly tenured women have the strongest chance of getting a job offer.

The study from the University of California San Diego’s Rady School of Management examines the impact personal references have on hiring decisions because who you know is often just as or more important than what you know when it comes getting hired.

“Personal referrals and recommendations can act as a gatekeeping process in elite and lucrative occupational contexts,” said Elizabeth L. Campbell, assistant professor of management at the Rady School and lead author of the study. “Having the right connections and a powerful informal advocate, also known as a sponsor, has a big impact on job candidates’ success in the hiring process, above and beyond their qualifications alone.”

Referrals and recommendations have been shown to be helpful for women, particularly those in male-dominated professions, where women face even greater biases than the norm. However, Campbell’s study, published in the journal Academy of Management Discoveries, shows that referrals can have different effects depending on who provides them.

“We find that overall candidates who are recommended by male sponsors are more likely to be hired than those recommended by female sponsors,” Campbell said. “Yet, when we dig deeper into the data, we find that the story is a bit more complicated. When you factor in how long the sponsor has been working in their respective position, also known as their tenure or seniority, this pattern changes. Female candidates who are sponsored by highly tenured female sponsors are the most likely to be hired.”

While this research suggests that male sponsors are perceived as more persuasive overall, women who are highly tenured in their careers may have more power than they think.

“Growing awareness of gender inequalities may explain this,” Campbell said. “People now better appreciate how challenging it is for women to reach high levels of rank and tenure in their careers, relative to men. Knowing it was harder for women to get to the same place as their male peers changes the assumptions people make about those women who have achieved seniority in their fields.”

The authors utilized field data on real hiring decision for U.S. Supreme Court clerkships because they are elite early career positions in the legal field, which remains male-dominated despite an abundant pool of highly qualified female candidates.

Campbell and co-authors theorize higher levels of tenure boosts perceptions of female sponsors’ credibility specifically when it comes to identifying high-quality female candidates. This is because highly tenured female sponsors, who likely faced challenges advancing in their own careers, might be seen as better able to identify junior women poised to succeed in the field over the long term, compared to male sponsors.

“A takeaway is that highly tenured and high-ranking women, who have been successful in their careers, should feel empowered to use their influence,” Campbell said. “Our research suggests they can have a meaningful impact on helping early-career women achieve their goals, particularly in spaces where highly tenured women are notable exceptions.”

The authors obtained data for the study from a combination of sources, including the Public Information Office at the Supreme Court and the Judicial Yellow Book, which includes records of judges and the clerks they hire each year.

Using different statistical modeling techniques, the authors examine gender differences in clerkship hiring decisions while also controlling for other important factors like the candidate’s qualifications and the sponsor’s prior success with getting candidates hired as clerks.

“While we found evidence of gender differences in hiring decisions, our results also underscore that there are actions professionals can take to help address gender inequity,” Campbell said. “Sponsorship is something that leaders can do to help talented junior employees succeed. Organizations still need to do their part in trying to eliminate bias from formal hiring and promotion processes. But informal advocacy will continue to play a role in hiring decisions and our research suggests successful female leaders can wield influence in this domain to help talented junior women advance in their career.”

The study, “From Exception to Exceptional: How Gender and Tenure Impact Sponsor Effectiveness” can be found here and is co-authored by Brandy Aven and Rosalind M. Chow, both of the Tepper School of Business at Carnegie Mellon University.

From Exception to Exceptional: How Gender and Tenure Impact Sponsor Effectiveness