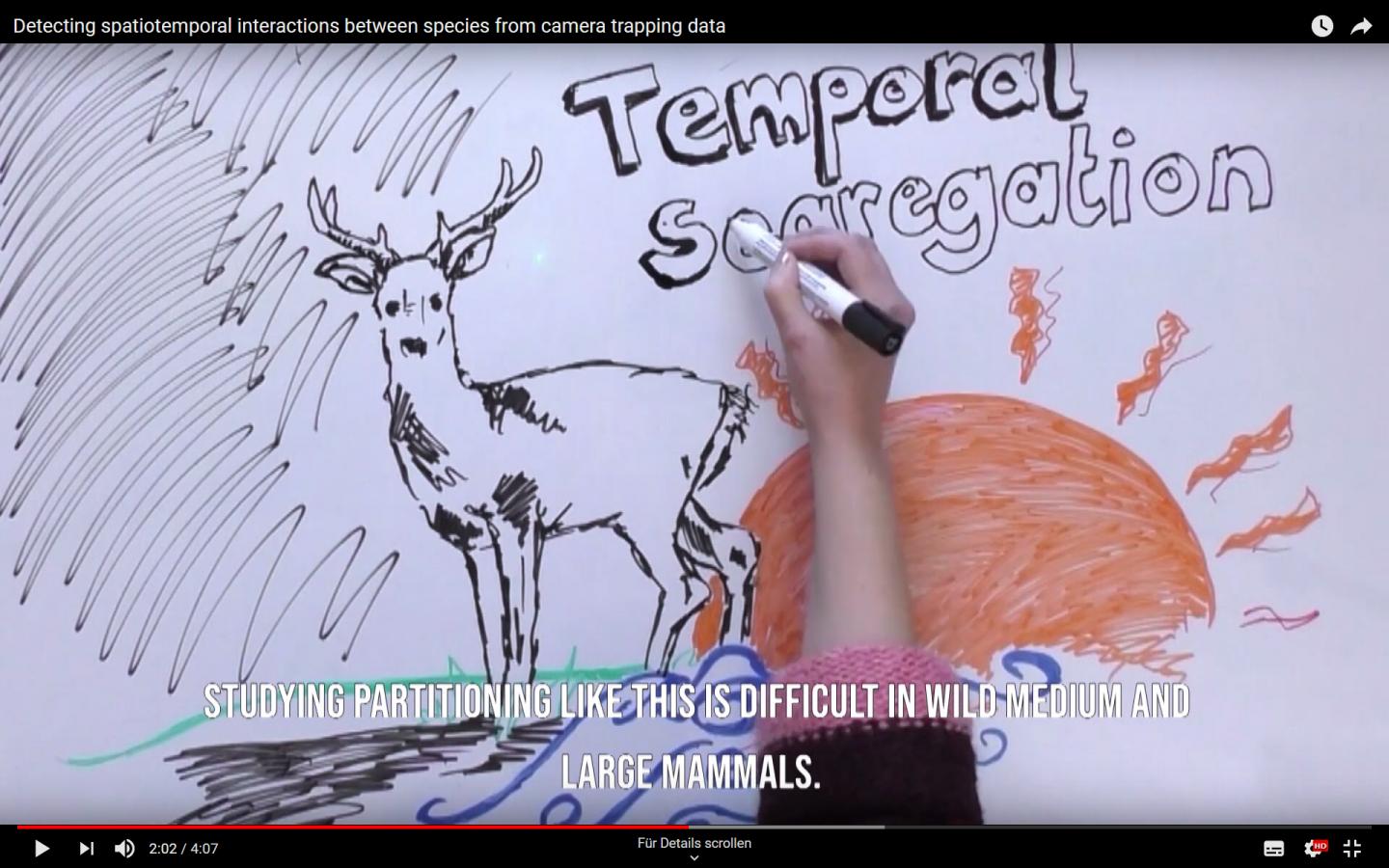 Species are often involved in complex interactions with other species, which can affect their occurrence, abundance, feeding habits and disease transmission. Observing and studying species interactions can be difficult. To circumvent this problem, ecologists increasingly rely on remote devices such as camera traps. In a recent study carried out by researchers from the Leibniz Institute for Zoo and Wildlife Research (Leibniz-IZW) in Germany and University of California, Davis, USA, the scientists explored to what extent camera trap data are suitable to assess subtle species interactions such as avoidance in space and time. The study is published in the international journal Remote Sensing in Ecology and Conservation.

Species interact in numerous ways. In mammals, many interactions are detrimental for at least one of the species, such as cases of predation or disease transmission. In such cases, a species (say, a prey) may choose to avoid encounters with a second species (say, a predator). The researchers focussed on two situations: spatiotemporal avoidance, where the prey avoids its predator simply by going somewhere else, and temporal segregation, where the prey avoids being present in the same location as its predator by being active at times when the predator is not.

The aim of the current study was to create a framework that researchers worldwide could use to detect interactions between species based on their own camera trap data. The scientists used computer simulations to find out how camera-trap data can best be used to study such species interactions. “Identifying which statistical tool is the most sensitive was one of the main goals of our work, as we are aware how challenging it can be to collect large datasets under natural conditions, even with camera traps”, explains Dr Alexandre Courtiol, one of the leading Leibniz-IZW scientists on this project. The proposed approach should allow other scientists to determine which statistical method to use and how many records they need to best understand species interactions for their specific field study. “We show that for many realistic scenarios many records are needed to produce trustworthy results, but I am optimistic: we can achieve this by standardizing data collection and combining datasets from multiple studies. In short, we must collaborate,” Courtiol adds.

The journal Remote Sensing in Ecology and Conservation created a short video about this work. A fantastic example of how theoretical science can be shared with a wider audience. Click here to watch the video.

Scienmag May 31, 2019
How the most successful winter Olympian ever used high intensity training sessions to win goldCredit: Photo: Nancy…