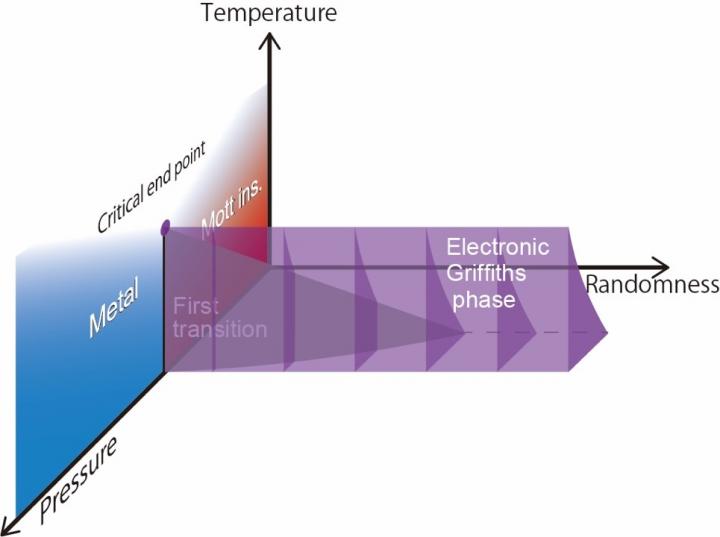 Electrons are interesting particles that can modify their behavior according to their condition of existence. For instance, in a phenomenon called the Mott-transition, electrons begin to interact differently with their neighbors and surroundings in a material. Normally, the electrons in a material have low levels of interaction with each other and therefore, move freely enough for the material to conduct electricity (and the material shows metallic properties). But under certain conditions, these same electrons begin to have high levels of interaction with each other and their movement becomes restricted. This causes the material to become an insulator. The alteration of the properties of the material is called the Mott-transition.

At the Mott-transition, certain phenomena such as high-temperature superconductivity and giant magnetoresistance are seen, which have massive industrial applications. Thus, studying these phenomena is essential. But to truly discover these phenomena, it is important to understand electron behavior in disordered materials (materials in which the arrangement of the constituent particles is interrupted at points over the long range).

A group of scientists from Tokyo University of Science, The University of Tokyo, and Tohoku University in Japan, led by Prof Tetsuaki Itou, recently set out to investigate exactly this. They used a quasi-two-dimensional organic Mott-insulator called κ-(ET)2Cu[N(CN)2]Cl (hereafter κCl), whose disorder and electron interaction level they independently controlled by irradiating the material with x-rays and applying pressure, respectively. When they irradiated κCl with x-rays for 500 hours, they found that electron movement slowed down by a factor ranging from one million to one hundred million. This meant that its electrons begin to behave peculiarly, as though they’re the constituent particles of soft matter (e.g., polymers, gels, cream, etc.). When the scientists applied pressure on the irradiated κCl, the electron behavior returned to normal.

From these observations, the scientists deduced that for electrons in solids to behave like the particles of soft matter, two factors are essential: the material must be in the vicinity of the Mott-transition point and there must be disorder. The simultaneous existence of these two factors is a manifestation of a phenomenon similar to the Griffiths phase, which has already been established for magnetic materials. What the researchers found here is evidence for its electronic analog: the electronic Griffiths phase. “Our results provide experimental evidence that the Griffiths scenario is also applicable to Mott-transition systems” remarks Prof Itou.

This exciting new study is published in Physical Review Letters under “Editors’ Suggestion”, which is suggested by the journal when the study is interesting and important. The study represents a bridge between condensed matter physics and soft matter physics, which have hitherto developed completely independently. “We expect that, with the publication of our study, further discussions linking these disciplines will be carried out,” says Prof Itou. The insights gained from this study may allow scientists to explain the mechanisms underlying these exotic phenomena, which could have very powerful applications, not the least of which involves opening doors to whole new possibilities in a much wider realm of physics.

The University of Tokyo

The University of Tokyo

Cryptographic ‘tag of everything’ could protect the supply chain

Metal particles abraded from tattooing needles travel inside the body