Study unveils a blueprint for treating a deadly brain tumor 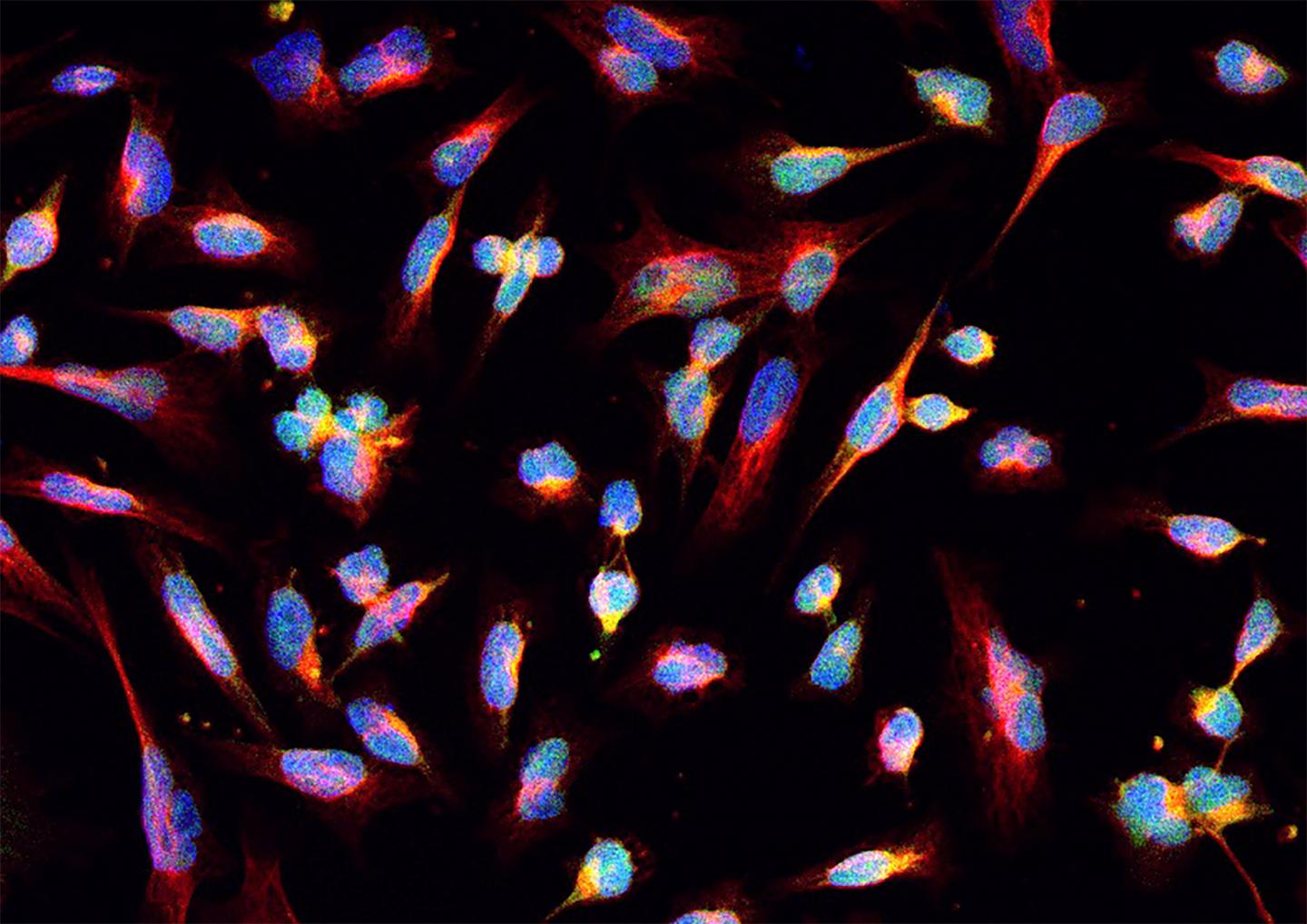 In a study of mice and human brain tumors researchers at the University of the Michigan, Ann Arbor, searched for new treatments by exploring the reasons why some patients with gliomas live remarkably longer than others. The results suggested that certain patients’ tumor cells are less aggressive and much better at repairing DNA than others but are difficult to kill with radiation. The researchers then showed that combining radiation therapy with cancer drugs designed to block DNA repair may be an effective treatment strategy. The study was funded by the National Institutes of Health.

The researchers focused on low-grade gliomas that carry a disease-causing mutation in a gene called isocitrate dehydrogenase 1 (IDH1), which encodes a protein known to help cells produce energy. This mutation is found in about 50 percent of cases of primary low-grade gliomas, a common and lethal form of brain tumor. Glioma patients whose tumors have mutations in IDH1 are typically younger and live longer than those whose tumors have the normal gene. These tumors also often have mutations in genes called TP53 (a tumor suppressor gene) and ATRX (a DNA-protein complex remodeling gene).

“Every year thousands of people are diagnosed with brain cancer and have little hope for long-term survival,” said Maria G. Castro, Ph.D., professor of neurosurgery at Michigan Medicine and a senior author of the paper published in Science Translational Medicine. “Our team’s mission is to find life-saving treatments for these patients. The results from this study could be a blueprint for extending, if not saving, the lives of many patients.”

When the research team examined the tumors, they found that the IDH1 mutation made the glioma cells less aggressive. The cells divided at a lower rate than the controls and were much less likely to trigger tumor growth when implanted into mouse brains.

They also discovered that the IDH1 mutation, in the presence of mutations in TP53 and ATRX, made the tumors resistant to ionizing radiation, a treatment that kills cells often by damaging DNA. For instance, radiation exposure extended the lives of mice that were implanted with control tumors but had no effect on mice implanted with IDH1 mutant cells.

Further experiments provided a possible explanation for this resistance. The results suggested the disease-causing mutation changed the activity of IDH1 which, in turn, triggered a cascade of chemical reactions that modified the cancer cells’ genes in a way that increased the manufacture of proteins known to repair damaged DNA.

These results led the researchers to formulate and test a new combination therapy. They found that they could extend the lives of mice with mutant IDH1 tumors by exposing them to radiation while also injecting them with anti-cancer drugs designed to block DNA repair. In contrast, treating these mice with either radiation or one of the drugs alone had no effect. Several of the findings seen in mice were also seen in human gliomas grown in petri dishes.

“These findings have the potential to impact many younger glioma patients with low grade tumors by either ‘curing’ them or extending their lives,” said Jane Fountain, Ph.D., program director, NIH’s National Institute of Neurological Disorders and Stroke. “The preclinical model Dr Castro’s team developed will be extremely valuable to cancer researchers. It closely mirrors the human disease.”

Dr. Castro’s team has started planning a Phase 1 clinical trial which will test the safety and efficacy of the combination therapy strategy outlined in this study.

About the National Cancer Institute (NCI): NCI leads the National Cancer Program and NIH’s efforts to dramatically reduce the prevalence of cancer and improve the lives of cancer patients and their families, through research into prevention and cancer biology, the development of new interventions, and the training and mentoring of new researchers. For more information about cancer, please visit the NCI website at cancer.gov or call NCI’s Contact Center, the Cancer Information Service, at 1-800-4-CANCER (1-800-422-6237).

About the National Institute of Biomedical Imaging and Bioengineering: NIBIB’s mission is to improve health by leading the development and accelerating the application of biomedical technologies. The Institute is committed to integrating the physical and engineering sciences with the life sciences to advance basic research and medical care. NIBIB supports emerging technology research and development within its internal laboratories and through grants, collaborations, and training. More information is available at the NIBIB website: http://www.nibib.nih.gov.

About the National Institute of Diabetes and Digestive and Kidney Diseases (NIDDK): The NIDDK, part of the NIH, conducts and supports basic and clinical research and research training on some of the most common, severe, and disabling conditions affecting Americans. The Institute’s research interests include diabetes and other endocrine and metabolic diseases; digestive diseases, nutrition, and obesity; and kidney, urologic, and hematologic diseases. For more information, visit http://www.niddk.nih.gov.

Manufacturers benefit in discovery of math foundation for decomposition in £1.5 million project

Scienmag Feb 13, 2020
Credit: ©Science China Press Materials with both a high density and a large surface area are required in many…

Exploring the link between daily stress, depression, and Facebook…