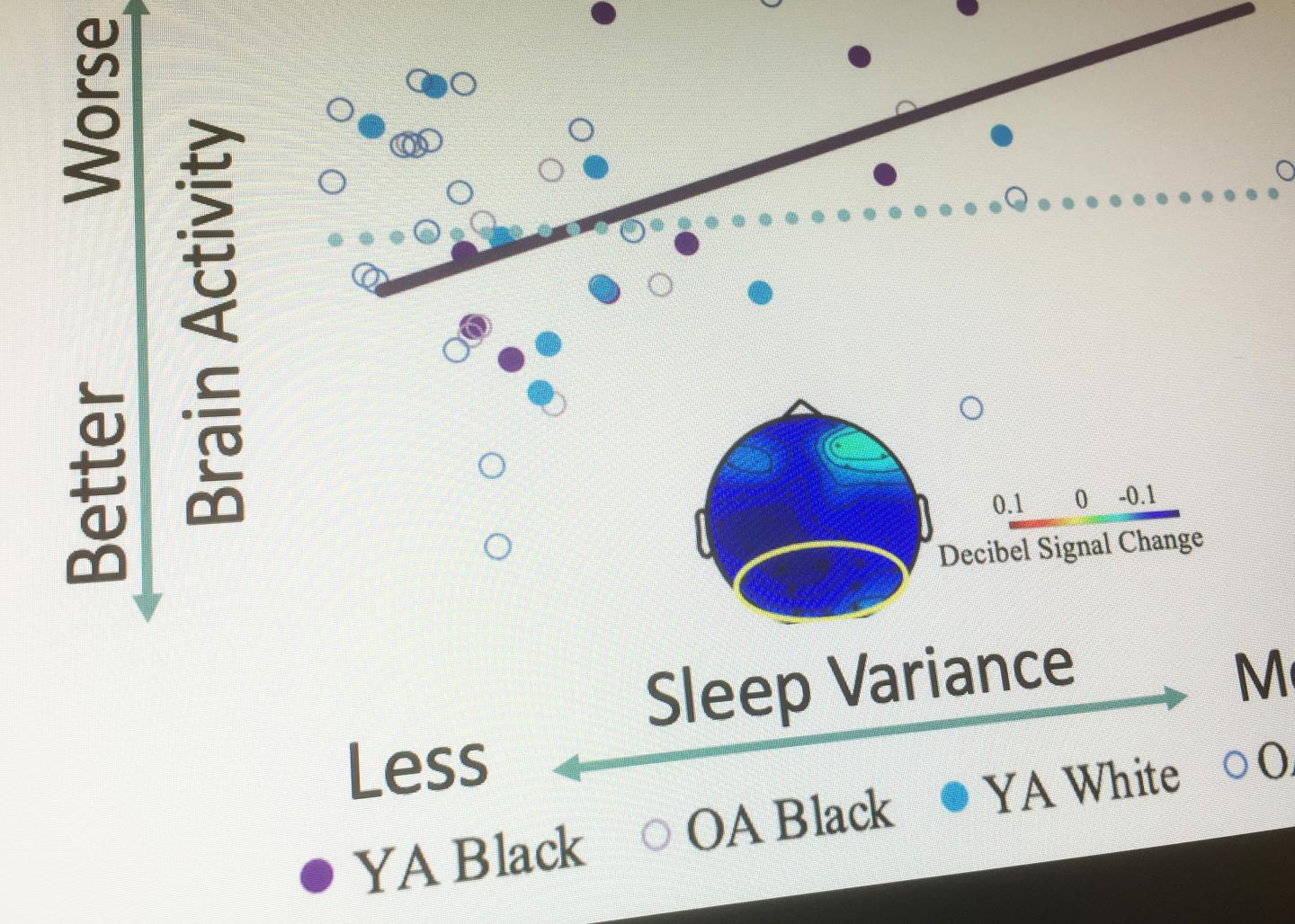 A new study has found that variability in night-to-night sleep time and reduced sleep quality adversely affect the ability of older adults to recall information about past events. The study also found unexpected racial differences in the type of sleep patterns tied to lower memory performance across both younger and older African American research participants.

Although further investigation will be needed to confirm the results of the pilot study, the findings could help open up a new area of research aimed at understanding the potential connection between poor sleep and the memory declines associated with aging. And the study, which included 50 Atlanta-area adults, also underscores the importance of sleep in maintaining good cognitive functioning.

“The night-to-night variability in the older study participants had a major impact on their performance in tests aimed at evaluating episodic memory,” said Audrey Duarte, an associate professor in Georgia Tech’s School of Psychology and principal investigator in the Memory and Aging Lab. “The association between sleep and memory has been known, but this study’s novelty is showing that the connection is particularly evident for older adults and black participants, regardless of age.”

The research, supported by a National Science Foundation Graduate Research Fellowship, was reported June 4 in the journal Frontiers in Human Neuroscience. It is believed to be the first study of the relationship between sleep and memory with both age and racial differences.

“We wanted to look at lifestyle factors to see how people sleep normally, and how their sleep patterns change over time,” Hokett explained. “We wanted to know how sleep affected memory performance – how well they remembered things and how well their brains functioned depending on how well they slept.”

The participants were given accelerometers worn on their wrists to measure sleep duration and quality over a period of seven nights. Though they did not measure brain waves, the devices allowed sleep measurements to be done in the participants’ own homes. The researchers sought to provide a more realistic measurement than testing done in sleep labs, which typically lasts just one night.

Participants were asked to visit a Georgia Tech laboratory for a memory test that measured electroencephalography (EEG) brain wave activity as they attempted to recall word pairs that had been shown to them earlier. Not surprisingly, better performance correlated with better sleep in most of the older adults.

But Duarte and Hokett were surprised that the relationship between poor sleep and memory-related brain activity extended to both older and younger black participants – some of whom were college students. To understand the potential causes of the poor sleep, they administered a standardized questionnaire designed to measure stress levels in those participants.

“The main factor that correlated with poor sleep quality in black participants was race-related stress,” said Hokett. “When participants had higher values on that measure of stress, they would also have greater sleep fragmentation, on average. We found a very significant relationship here.”

The study found that black adults slept for 36 minutes less than other adults, which translated into a 12% decrease in memory-related brain activity. On an average night, black adults in the study spent 15 minutes more time awake after falling asleep than did other participants.

The study also found significant variation among subjects in each age group. “Some of our 70-year-old subjects looked like our 20-year-old students,” Duarte said. “There are many factors that contribute to individual differences.”

In future research, Duarte and Hokett hope to expand their study to a larger group of participants, to study the relationship between sleep and memory in other underrepresented minorities, and to explore whether variations in sleep patterns could predict a person’s likelihood of experiencing diseases such as Alzheimer’s.

The study’s takeaway message may be that regular sleep is important at any age for the best cognitive performance.

“You can imagine that many people, students among them, may have variable sleep patterns based on staying up late to study and sleeping in on weekends to catch up,” Duarte said. “This data shows that may not be the greatest strategy for optimizing memory ability.”

Yet improvements in sleep may be one area where people concerned about cognitive impairment may have an opportunity to make improvements.

“In understanding normative aging, lifestyle factors are a good area to target because they are potentially factors we can control,” said Duarte. “It’s been known for decades that important things are happening while you sleep with regard to memory consolidation and strengthening of memories. Because we knew that sleep quality typically declines in normal aging, this was a prime target for study.”

Smash and grab: A heavyweight stellar champion for dying stars

Language disorders as indicators of the diagnosis and progression of…