Study suggests trees are crucial to the future of our cities 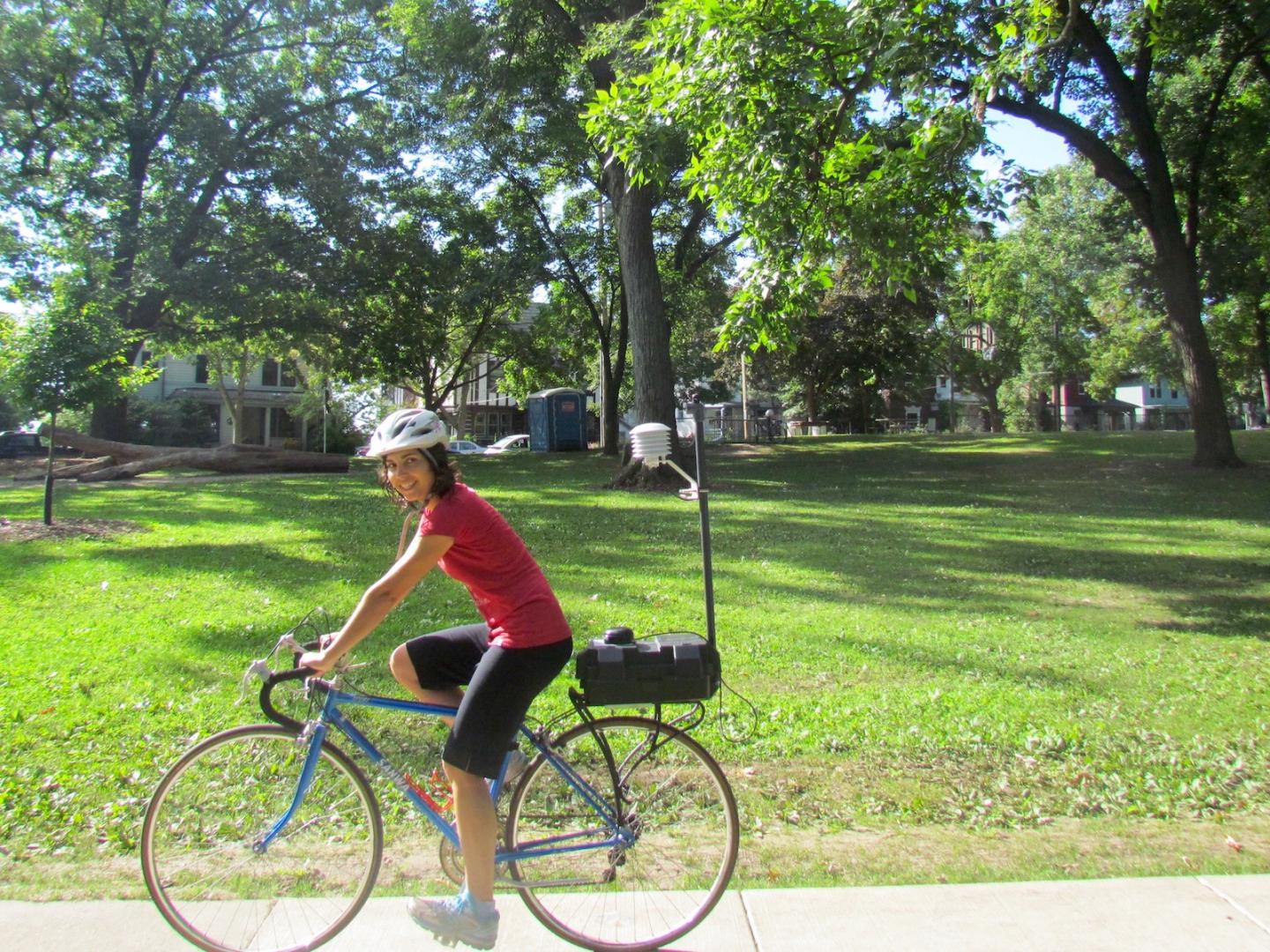 MADISON – The shade of a single tree can provide welcome relief from the hot summer sun. But when that single tree is part of a small forest, it creates a profound cooling effect. According to a study published today in the Proceedings of the National Academy of Sciences, trees play a big role in keeping our towns and cities cool.

According to the study, the right amount of tree cover can lower summer daytime temperatures by as much as 10 degrees Fahrenheit. And the effect is quite noticeable from neighborhood to neighborhood, even down to the scale of a single city block.

“We knew that cities are warmer than the surrounding countryside, but we found that temperatures vary just as much within cities. Keeping temperatures more comfortable on hot summer days can make a big difference for those of us who live and work there,” says Monica Turner, a University of Wisconsin-Madison professor in the department of Integrative Biology and a co-author of the study.

With climate change making extreme heat events more common each summer, city planners are working on how to prepare. Heat waves drive up energy demands and costs and can have big human health impacts. One potentially powerful tool, the study’s authors say, are organisms that have been around long before human civilizations could appreciate their leafy benefits. And those trees may be the secret to keeping the places we live livable.

Essentially, says Turner, impervious surfaces – like roads, sidewalks and buildings – absorb heat from the sun during the day and slowly release that heat at night. Trees, on the other hand, not only shade those surfaces from the sun’s rays, they also transpire, or release water into the air through their leaves, a process that cools things down.

To get the maximum benefit of this cooling service, the study found that tree canopy cover must exceed 40 percent. In other words, an aerial picture of a single city block would need to be nearly half-way covered by a leafy green network of branches and leaves.

Traditionally, says Carly Ziter, lead author of the paper, studies like these have tended to focus on what’s known as the “urban heat island” effect. Those studies often use satellites to take ground surface temperature readings or measure air temperature within and outside the city. Studies have shown that developed, less vegetated cityscapes are much warmer than the rural lands around them. But this study, Ziter says, allowed researchers to look at temperatures on a much finer scale – down to the spaces “where we live our daily lives within the city.”

It turns out, she says, that the “heat island” effect is more like what some scientists have called a “heat archipelago” – with smaller islands of heat in a city interspersed with cooler areas of shade.

To get data at that local scale, Ziter and her collaborators had to get creative with their sampling methods.

Satellite measurements of ground surface temperature don’t really provide air temperature data, Ziter says, so they’re “not getting you quite as close to what people are actually feeling.”

But deploying enough air temperature sensors across town to get the fine-scale resolution they wanted was far too expensive. Research ongoing at the University of Wisconsin-Madison had temperature sensors strapped to 150 utility poles across the city and its surrounding countryside, but those sensors were often one mile or more apart – much too far to provide real-time data on temperatures in backyards and individual boulevards.

In the end, Ziter settled on a scaled down solution to her sampling problem. All she needed was one sensor and two wheels.

In the summer of 2016, it wasn’t uncommon to see Ziter biking around the city of Madison with a small weather station strapped to the back of her bike. In all, she biked ten different transects of the city multiple times during different times of day. The sensor on her bike marked her location and took an air temperature reading every single second as she rode, resulting in real-time data every five meters.

All told, she estimates that she biked 400 to 500 miles and was “in very good shape” by the end of the study. She also racked up a massive amount of data that showed just how instrumental trees are in moderating heat in cities.

The data show that forty percent canopy cover is the threshold required to trigger the large cooling effects that trees have to offer. The greatest amount of cooling happens once that threshold is crossed over the scale of a city block or larger.

To get the biggest “bang for their buck,” Ziter says city planners should focus on bumping areas that are near the forty percent threshold over that mark by planting trees. But, she warns, it should be in places where people are active and live and not just in parks. Additionally, she says, “we don’t want to abandon the lowest canopy areas of our city either,” as those tend to be neighborhoods with lower income and marginalized communities. “We want to avoid advocating for policies that are simply ‘rich get richer,'” she says.

Her results, Ziter says, point to the importance of urban landscaping and development in making neighborhoods more livable in the future. It is also a call for stakeholders to work together when it comes to their trees. It’s not uncommon for “different people to be in charge of different spaces,” she says. For example, the city may be in charge of planting trees along its streets, while the parks department oversees plantings in the parks and homeowners make decisions about their own private lots.

It’s important that we start to get on the same page, Ziter says, because “the trees we plant now or the areas we pave now are going to be determining the temperatures of our cities in the next century.”

From the town square to Times Square, if we want the places we live to be more comfortable and resilient in future climate scenarios, the Wisconsin researchers say, then someone is going to have to speak for the trees.

Scienmag Nov 15, 2019
Credit: ©Science China Press As an alternative to the depletion of fossil resources, the reduction of CO2…

Protein aggregation: Protein assemblies relevant not only for…