Efforts to eliminate river blindness, a debilitating disease affecting millions in Africa, will be hampered by another parasitic infection known as Loiasis, or ‘African eye worm,’ study published in Clinical Infectious Diseases says 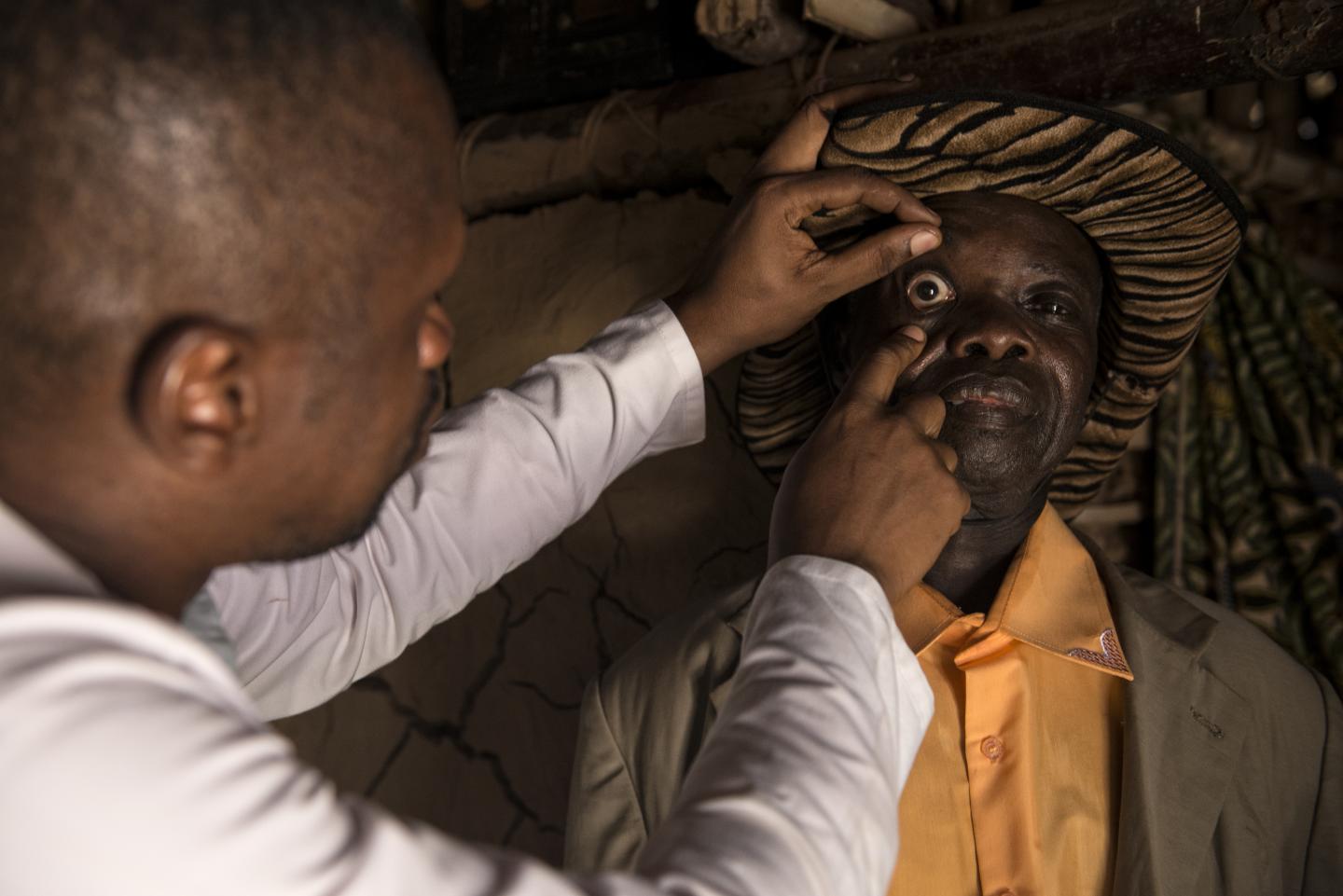 20 November 2019 – Washington DC – Efforts to eliminate river blindness, a debilitating disease affecting millions in Africa, will be hampered by another parasitic infection known as Loiasis, or ‘African eye worm,’ according to a study published in Clinical Infectious Diseases.

While the World Health Organization (WHO) has targeted the elimination of river blindness in most African countries by 2025, researchers from Erasmus MC, University Medical Center Rotterdam in the Netherlands and the Drugs for Neglected Diseases initiative (DNDi) have estimated that over 4 million people in West and Central Africa will still be infected with the disease in 2025 in areas where African eye worm is endemic.

In their modelling study, the researchers also found that 90% of these people will live in areas currently not covered by treatment programmes for river blindness, posing a major challenge to the elimination of this disease.

River blindness is transmitted by the bite of an infected blackfly and causes severe itching, skin lesions, and eventually blindness. African eye worm gets its name from its most infamous tell-tale sign: the visible passing of the Loa loa worm through the eye. Individuals with a very high amount of Loa loa larvae (microfilariae) in the blood are at risk of life-threatening complications if they receive ivermectin, a drug for river blindness.

Mass drug administration programmes of ivermectin need to be repeated for 10-12 years or more, as these treatments only kill the juvenile filarial worms that cause river blindness, and adult worms can live more than 10 years in the human body. Because of the risk of dangerous side effects, ivermectin cannot be safely used in areas co-endemic for river blindness and African eye worm and mass drug administration programmes have not been started in some of these areas.

‘The current approach to preventing river blindness based on mass drug administration of ivermectin has been extraordinarily successful,’ says Sabine Specht, Head of Filarial Clinical Programme at DNDi. ‘But this study supports that alternative treatment strategies will be needed if we want to eliminate the disease, including the development of entirely new tools that offer a rapid and safe cure for river blindness.’

DNDi aims to develop a safe, effective, affordable, and field-adapted ‘macrofilaricidal’ drug that can kill adult filarial worms and be used for individual patient treatment and to support the elimination of river blindness in Africa in areas that are difficult to treat.

The Drugs for Neglected Diseases initiative (DNDi) is a not-for-profit research and development organization working to deliver new treatments for neglected diseases – notably leishmaniasis, sleeping sickness, Chagas disease, specific filarial infections, and mycetoma – as well as treatments for neglected patients, particularly those living with paediatric HIV and hepatitis C. Since its inception in 2003, DNDi and its partners have already delivered eight innovative treatments to improve the quality of life and health of patients. DNDi.org”>http://www.DNDi.org