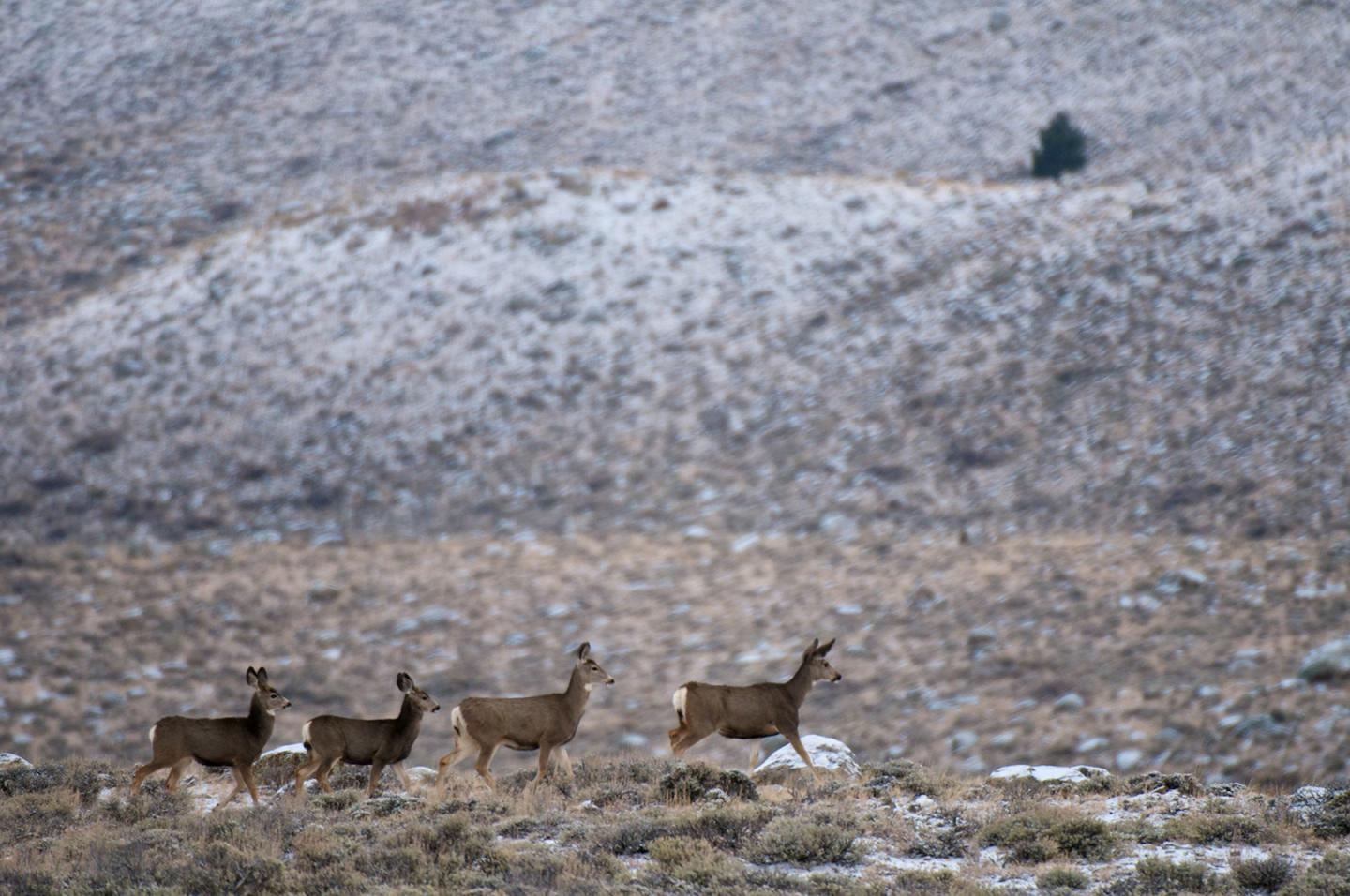 A five-year study of mule deer does and newborn fawns in western Wyoming shows that migrating deer have a lot to balance when it comes to birth timing.

The study led by University of Wyoming scientists challenges the long-held assumption that animals match offspring birth with the peak green-up of forage at the birth site. Instead, only deer that migrated long distances and followed the flush of spring green-up from low elevation winter ranges to higher-elevation summer ranges were able to match birth with peak green-up. Other deer migrated shorter distances and gave birth earlier, but birth was out of sync with green-up.

The researchers’ work appears in the journal Ecology.

“In contrast to existing theory, which predicts that conditions at the birth site should shape optimal birth timing, our results provide a clear example of birth timing being shaped by trade-offs arising from events occurring away from the birth site and from other parts of the annual cycle,” the researchers wrote.

Migration results in animals having to time important events, such as reproduction, within tight time schedules. In general, mule deer in western Wyoming give birth in early June, generally after migration is over but early enough for fawns to grow large enough to survive the onset of winter. The deer that were part of the study included animals that migrated long distances between winter and summer ranges, as well as those that migrated shorter distances.

Among the study’s findings:

“Conceptualizing birth timing through the lens of the full annual cycle helps to illuminate additional trade-offs that migrants face when balancing reproduction with migration, foraging and accumulation of fat reserves,” the researchers wrote.

They say the link between movement tactics and timing of birth has important conservation and management implications. For example, human-caused disturbances to migration patterns could harm deer reproduction until animals have time to adjust. Additionally, the diversity of movement behaviors among western Wyoming mule deer is important to preserve, as animal populations with greater life-history diversity have been found to be more able to withstand environmental changes.

UW researchers involved in the project were Ellen Aikens, Samantha Dwinnell, Tayler LaSharr, Rhiannon Jakopak, Matt Kauffman and Kevin Monteith. Other contributors were Gary Fralick and Jill Randall, of the Wyoming Game and Fish Department; Rusty Kaiser, of the U.S. Forest Service; and Mark Thonhoff, of the Bureau of Land Management.