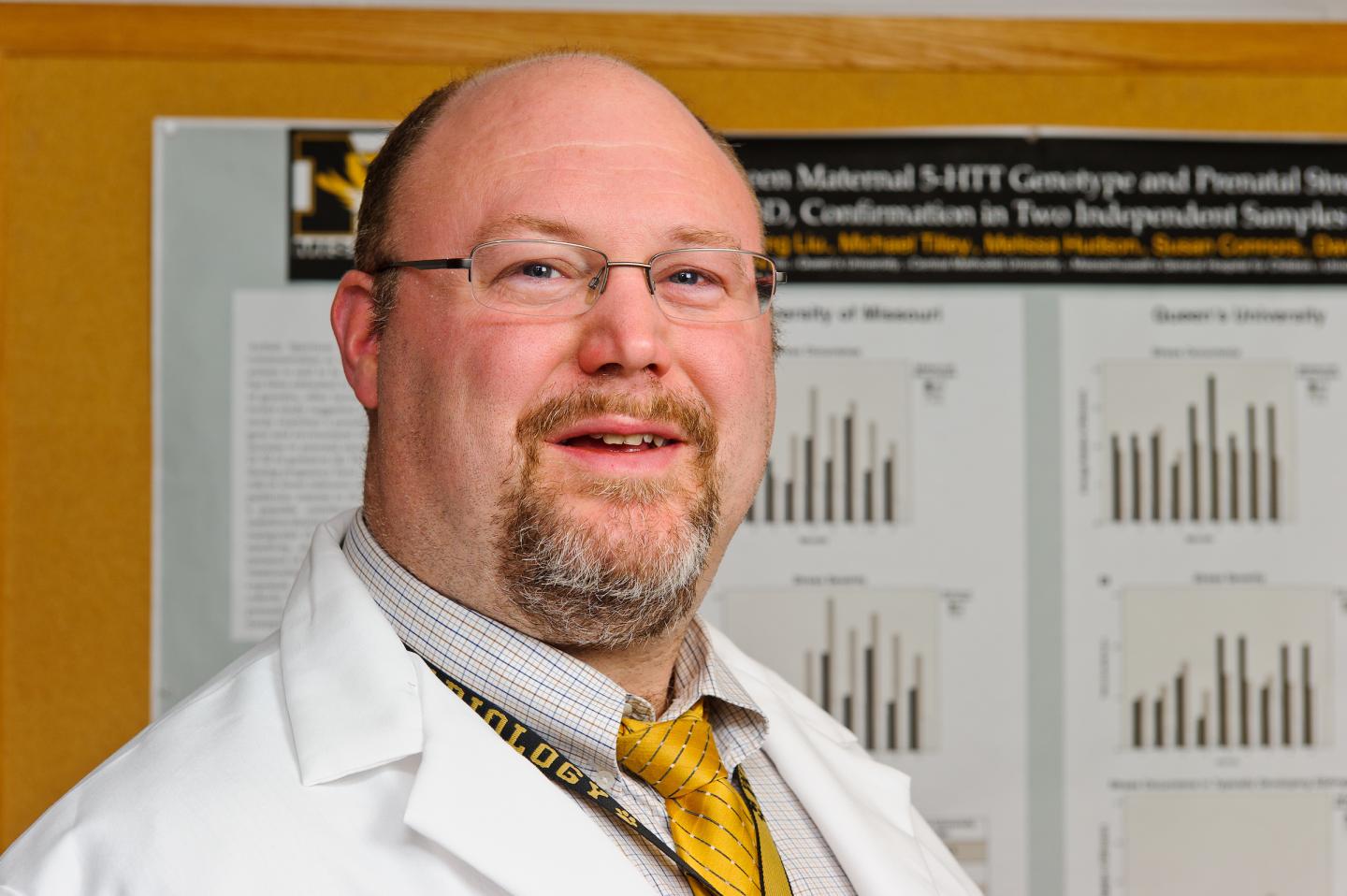 Neurodevelopmental disorders like autism and schizophrenia disproportionately affect males and are directly linked to early life adversity caused by maternal stress and other factors, which might be impacted by nutrition. But the underlying reasons for these male-specific impacts are not well understood. Researchers from the University of Missouri School of Medicine and the MU Thompson Center for Autism and Neurodevelopmental Disorders have uncovered possible reasons for male vulnerability in the womb, and they’ve learned a specific maternal dietary supplement called docosahexanoic acid (DHA) may guard against the impact of maternal stress on unborn males during early development.

“We believe differences in metabolic requirements for male and female embryos as early as the first trimester, combined with dynamic differences in the way the male and female placenta reacts to environmental factors, contributes to the increased risk for male neurodevelopmental disorders later in life,” said senior author David Beversdorf, MD, a professor of radiology, neurology and psychology at MU.

Beversdorf worked with principal investigator Eldin Jašarevic, PhD, an assistant professor of pharmacology at the University of Maryland School of Medicine and a team of researchers on the study which involved grouping 40 mice into four different cohorts. Group 1 mothers received a standard diet and were not exposed to any early prenatal stress (EPS). Group 2 got the standard diet while being exposed to (EPS), which consisted of restraint, light, noise and predator threat. Group 3 got a diet modified with supplemental DHA but was not exposed to EPS. Group 4 received DHA supplementation and EPS.

The team analyzed the embryos and placentas at 12.5 days of gestation and found exposure to prenatal distress decreased placenta and embryo weight in males but not females. In the DHA groups, they found the supplement reversed the impact of EPS on males.

“This study yielded two results regarding the interaction between maternal stress and dietary DHA enrichment in early stage embryos,” Beversdorf said. “First, stress on the mother during the first week of gestation appeared to influence gene expression pattern in the placenta, and the gender of the offspring determined the magnitude of disruption. Second, a maternal diet enriched with preformed DHA during periods of high stress showed partial rescue of stress-dependent dysregulation of gene expression in the placenta.”

The study, “Maternal DHA supplementation influences sex-specific disruption of placental gene expression following early prenatal stress,” was recently published in the journal Biology of Sex Differences. Research reported in these publications was supported by grants from the University of Missouri Research Board, F21C-Nutrition for Health Group, F21C-Reporductive Biology Group and the School of Medicine Mission Enhancement Fund. Beversdorf has consulted with Quadrant Biosciences, Impel Pharma, YAMO Pharma and Staliclca, unrelated to this work. The content is solely the responsibility of the authors and does not necessarily represent the views of the funding agencies.