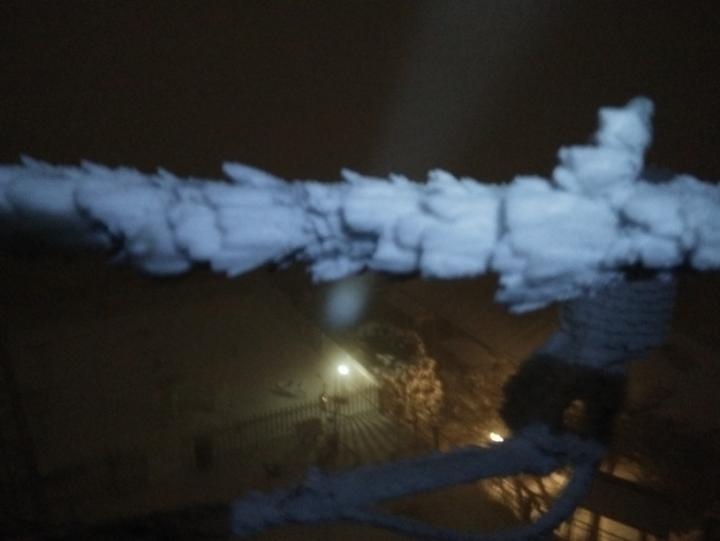 Chinese scientists shed light on the meteorological conditions responsible for the rate of icing growth on electric power transmission lines. Having a clearer understanding of what promotes icing on transmission lines during cold surges can help us better forecast and mitigate against crippling power outages caused by these events.

Their findings were published on Nov 18, 2018 in Advances in Atmospheric Sciences. The journal is sponsored by the Institute of Atmospheric Physics of the Chinese Academy of Sciences and published by Springer.

Power disruptions and the resulting economic losses associated with icing have captured the attention of researchers around the world, and many scientists are now working on this issue, said Niu, noting that a clearer understanding of the mechanism responsible for icing accumulation can significantly help us improve forecasting that will in turn enable us to provide an early warning of freezing disasters.

For this study, the researchers monitored the icing process of agglomerate fog, an event where massive amounts of fog come together, at the Lushan Meteorological Bureau Observatory, in Southeast China during a cold surge that occurred from the 20th-25th January 2016, which lasted for 102 hours. Situated between Poyang Lake and the Yangtze River, Lushan has abundant moisture resources which contribute to the formation of ice during cold surges.

The duration, frequency and droplet spectrum distribution of agglomerate fog were analyzed, together with the effect that rain, snow and supercooled fog — essentially a supercooled cloud containing water droplets in liquid form at temperatures below zero degrees celsius that forms just above the Earth’s surface — had on the rate of icing growth on wires laid out at two different heights: 10 meters (on an observation tower) and 1.5 meters (on an observation icing frame located underneath the tower).

They found that during this timeframe 218 agglomerate fogs, which lasted on average around 10 minutes, as well as snow and rain, contributed to the icing process. Ice accumulated on the wires rapidly during the freezing rain phase, but the rate of icing growth was much lower during the dry snow phase. However, certain meteorological conditions — the presence of supercooled fog, lower temperatures and increased wind speed — helped fuel the rate of icing growth during the dry snow phase.

The researchers observed significant differences in the thickness and density of the accumulated ice, as well as the mechanism that contributed to icing growth and the duration of the icing at the two different heights.

“Further observational results show that the sticking efficiency of snow particles has a significant impact on icing growth rate, which will be considered in the next wire-icing numerical simulation,” said Professor Niu, who also hopes to establish methods to forecast wire icing in the future.

Microplastics pollution in Falklands as high as UK