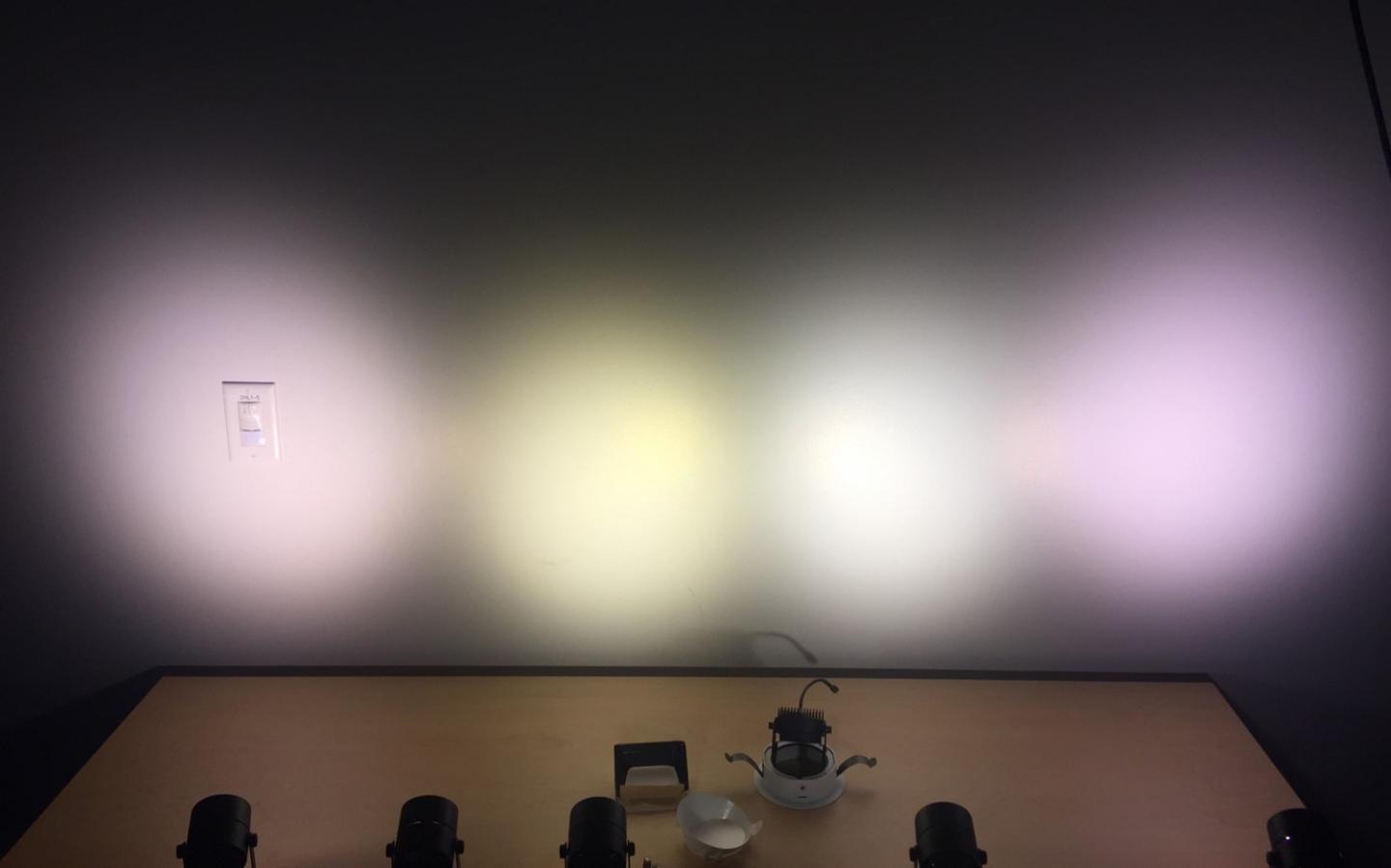 WASHINGTON — Although LEDs are increasingly used in low-energy lighting and displays, consumers sometimes find their light harsh or unpleasant. Findings from a new study point to the need to take age-related perception differences into account when designing white LED lighting that is more pleasing to the eye.

“Our study revealed that the amount of short-wavelength light a source emits together with the viewer’s age may lead to very different perceptions of a white light,” said the research team leader Aurelien David of Soraa Inc., Fremont, Calif., U.S.A. “LED light sources exacerbate this effect, because their emission often features large peaks of blue or violet radiation.”

The researchers report the new findings in The Optical Society (OSA) journal Optics Express. They point out that although conventional colorimetry assumes all users have the same visual response, more recently developed models for color perception take age-related effects into account and can be used to predict and help mitigate differences in color perception.

“Today, the color of light is defined by standards based on decades-old science that doesn’t accurately predict color perception,” said David. “This presents a hurdle to designing better light sources that would minimize inter-user variation and aid in the increased use of LED technology.”

For the study, viewers were shown several nearly white LED sources with various emission spectra and asked to rank their perceived tint compared to that of a reference white light. The test sources were part of the researchers’ efforts to develop a more sleep-friendly light source. They featured a specialized emission spectrum in which the short-wavelength blue light, which may affect sleep, was replaced with shorter-wavelength violet light that maintains the light’s white color.

“The perceived tint of these unusual LED sources is heavily influenced by the viewer’s sensitivity in the violet range, which is strongly age-dependent,” explained David. “Although others have observed similar variations in white-LED perception, the effect was especially easy to see because these special LEDs exacerbate it.”

The researchers also showed that the age-dependent perception effects are present in conventional LEDs such as those used both in lighting and display applications. This means that two conventional LED sources that supposedly have the same white color may appear very different to a given observer.

“By using modern colorimetry, the design of future LED sources could be tailored to minimize inter-viewer discrepancies,” said David. “Manufacturers could use this modern framework to design lighting that is more robust against age-driven variations.”

The researchers note that having a standard calculation for age-dependent colorimetric quantities would help manufacturers and other stakeholders incorporate age-dependent effects into the design of future LED emitters.

“We should make sure that such age-related effects do not hinder the advancement of LED technology, since they can be addressed with scientific tools that are already available, albeit not commonly used,” said David.

The researchers acknowledge that all 64 subjects used for this research were all employees of Soraa Inc. who volunteered to participate in the study.

Optics Express reports on scientific and technology innovations in all aspects of optics and photonics. The bi-weekly journal provides rapid publication of original, peer-reviewed papers. It is published by The Optical Society (OSA) and led by Editor-in-Chief James Leger of the University of Minnesota, USA. Optics Express is an open-access journal and is available at no cost to readers online at OSA Publishing.

About The Optical Society

Founded in 1916, The Optical Society (OSA) is the leading professional organization for scientists, engineers, students and business leaders who fuel discoveries, shape real-life applications and accelerate achievements in the science of light. Through world-renowned publications, meetings and membership initiatives, OSA provides quality research, inspired interactions and dedicated resources for its extensive global network of optics and photonics experts. For more information, visit osa.org.

First Genome of Spotted Lanternfly Built from a Single Insect