New insight on the origins and early evolution of echinoids, a group that includes the sea urchins, the sand dollars, and their relatives, has been published today in the journal eLife. 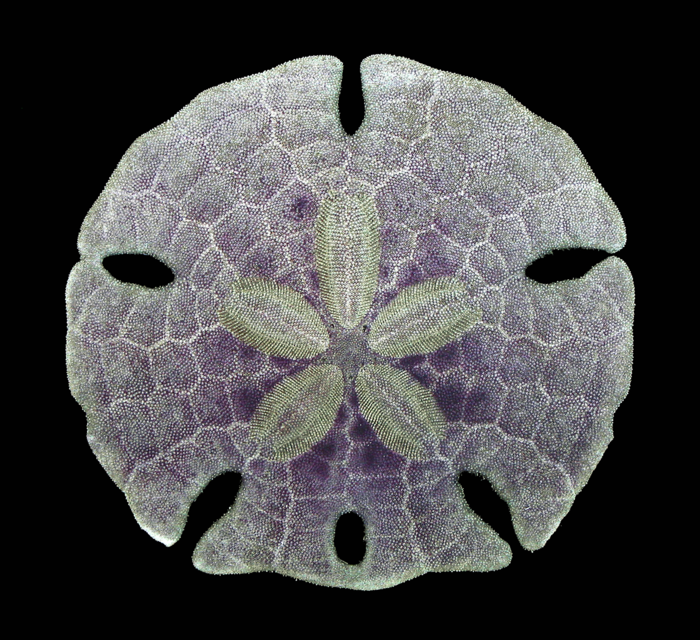 New insight on the origins and early evolution of echinoids, a group that includes the sea urchins, the sand dollars, and their relatives, has been published today in the journal eLife.

The study suggests that modern echinoids emerged approximately 300 million years ago, survived the Permo-Triassic mass extinction event – the most severe biodiversity crisis in Earth’s history – and rapidly diversified in its aftermath. These findings help address a gap in knowledge caused by the relative lack of fossil evidence for this early diversification.

There are more than 1,000 living species of echinoids, including sea urchins, heart urchins, sand dollars and sea biscuits, which live across different ocean environments ranging from shallow waters to abysses. Throughout history, the hard spine-covered skeletons of these creatures have left an impressive number of fossils. However, despite this remarkable fossil record, their emergence is documented by few fossil specimens with unclear affinities to living groups, making their early history uncertain.

“There are still debates among scientists about when the ancestors of echinoids emerged and what role the mass extinction event that occurred between the Permian and Triassic periods may have played in their evolution,” says first author Nicolás Mongiardino Koch, who completed the work while he was at Yale University, New Haven, Connecticut, US, and is now a postdoctoral fellow at Scripps Institution of Oceanography at UC San Diego, US.

“We set out to help resolve these debates by combining genomic and paleontological data to disentangle their evolutionary relationships. The extraordinary fossil record of echinoids and the ease with which these fossils can be incorporated in phylogenetic analyses make them an ideal system to explore their early evolution using this approach.”

Mongiardino Koch and the team built upon available molecular resources with 18 novel genomic datasets, creating the largest existing molecular matrix for echinoids. Using this dataset, they were able to reconstruct the phylogenetic relationships and divergence times of the major lineages of living echinoids and place their diversification within broader evolutionary history. They did so by applying a ‘molecular clock’ technique to their dataset, whereby the rate at which mutations accumulated in the echinoid genomes is translated into geological time with the use of fossil evidence, allowing researchers to determine when different lineages first diversified.

Their analyses suggest that the ancestors of modern echinoids likely emerged during the Early Permian, and rapidly diversified during the Triassic period in the aftermath of a mass extinction event, even though this evolutionary radiation does not seem to have been captured by the fossil record.

Additionally, the results suggest that sand dollars and sea biscuits likely emerged much earlier than thought, during the Cretaceous period about 40 to 50 million years before the first documented fossils of these creatures. The authors say this result is remarkable, as the tough skeleton of the sand dollars, their buried lifestyles, and their extremely distinct morphologies imply that their fossil record should faithfully reflect their true evolutionary history.

The team also developed a multivariate statistical approach called a ‘chronospace’ to help them visualise and assess the robustness of their evolutionary timeline to different choices in their analyses. They found that different implementations of the molecular clock model had the strongest impact on divergence times, while other decisions showed minimal effects.

“Our work greatly expands the genomic data available for echinoids and helps resolve some of the long-standing questions around their evolutionary history,” concludes senior author Greg Rouse, Professor of Marine Biology at Scripps Oceanography. “Together, the results suggest that we need to re-evaluate the echinoid fossil record, with future studies of overlooked fossil remnants potentially providing further support to our findings.”

Scripps Institution of Oceanography at the University of California San Diego is one of the world’s most important centres for global earth science research and education. In its second century of discovery, Scripps scientists work to understand and protect the planet, and investigate our oceans, Earth and atmosphere to find solutions to our greatest environmental challenges. Scripps offers unparalleled education and training for the next generation of scientific and environmental leaders through its undergraduate, master’s and doctoral programs. The institution also operates a fleet of four oceanographic research vessels, and is home to Birch Aquarium at Scripps, the public exploration centre that welcomes 500,000 visitors each year.

At the University of California San Diego, we embrace a culture of exploration and experimentation. Established in 1960, UC San Diego has been shaped by exceptional scholars who aren’t afraid to look deeper, challenge expectations and redefine conventional wisdom. As one of the top 15 research universities in the world, we are driving innovation and change to advance society, propel economic growth and make our world a better place. Learn more at ucsd.edu.