Study: Prices of cancer drugs have soared since 1995 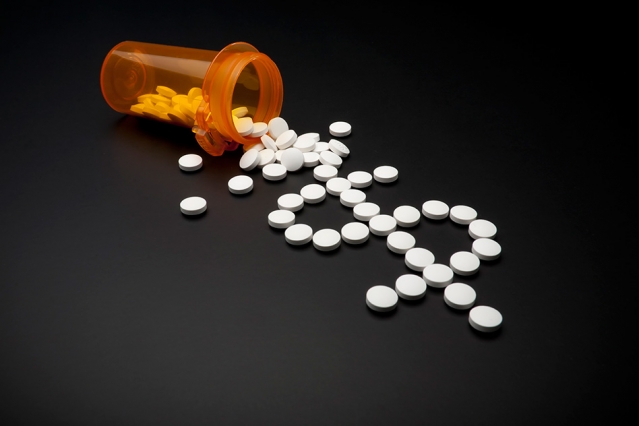 The prices of leading cancer drugs have risen at rates far outstripping inflation over the last two decades, according to a new study co-authored by an MIT economist — but the exact reasons for the cost increases are unclear.

Since 1995, a group of 58 leading cancer drugs has increased in price by 10 percent annually, even when adjusted for inflation and incremental health benefits, the study finds. More specifically, in 1995, cancer drugs in this group cost about $54,100 for each year of life they were estimated to add; by 2013, such drugs cost about $207,000 per each additional year of life.

Those increases have sparked criticism in recent years from doctors, among other groups, who have questioned the pricing of major drugs. But the empirical results may also show, the researchers say, that rising price levels reflect a greater social tolerance for significant health-care costs.

“I think the value of good health has really increased enormously over the last few decades,” says Ernst Berndt, the Louis E. Seley Professor in Applied Economics at the MIT Sloan School of Management, and co-author of a new paper detailing the study’s findings. “We treasure it and are willing to pay a fair bit for that.”

The paper notes that there have been some cases of political backlash in recent years — in Oregon, for instance — in response to proposed policies that would limit the ability of public insurance programs to buy expensive, life-extending cancer drugs. On the other hand, as the authors observe, patient cost-sharing in medical plans has also increased since 1995, limiting the extent to which demand can explain the changes.

Patients do seem to be paying for improved quality, to an extent: The study found a positive correlation between the effectiveness of drugs and their prices. Cancer drug prices rise about 120 percent for each additional year of life gained by a patient, in aggregate.

“We found that the greater the improvement of the drug over the existing therapies, the higher the price,” Berndt explains. “So price was related to quality — but price increased more than did quality.”

So what else is driving prices?

The paper, “Pricing in the Market for Anticancer Drugs,” is published in the latest issue of the Journal of Economic Perspectives. In addition to Berndt, the co-authors are Peter B. Bach, a physician at Memorial Sloan Kettering Cancer Center in New York; Rena M. Conti, an assistant professor of health policy at the University of Chicago; and David H. Howard, an associate professor at Emory University’s Rollins School of Public Health.

Globally, cancer drugs are the class of pharmaceuticals with the highest sales, at $91 billion in 2013; $37 billion of that spending was in the U.S. As in many major global markets, there is contention about what price levels are justified. The paper notes that in 2013, a group of 100 prominent oncologists claimed that drug companies’ pricing policies involved a “simple formula: start with the price of the most recent similar drug on the market and price the new one within 10-20 percent of that price (usually higher).”

The paper notes that such assertions are at least consistent with “reference price models of demand,” in which consumers’ decisions to pay involve existing prices, rather than a measurement of intrinsic value. Berndt says such challenges are “probably credible,” but notes that it is hard to assess how much money pharmaceutical companies have spent developing specific drugs.

There may be some additional factors entering into the cost of cancer therapeutics today. The “340B” pricing program enacted by Congress in 1992, the paper notes, requires discounts for some hospitals and clinics, which may incentivize companies to raise prices to compensate.

Overall, the authors conclude, “We believe the direction of causation runs from prices to research and development costs — as prices increase, manufacturers are willing to spend more to discover new drugs — rather than the other way around.”

Experts in the field say the authors have shed welcome light on an important trend in medicine.

“This is a really nice paper,” says Jonathan Skinner, an economist at Dartmouth College, who adds that the paper uses “convincing measures” to show how much costs have both increased, and are also associated with effectiveness: “There is at least some attempt to price drugs according to the value they provide patients.”

Skinner also suggests that health-insurance arrangements could be a significant factor behind the overall trend in prices.

“Patients may not be facing the higher prices, either because they have generous insurance, or because the drug companies themselves are jumping in to pick up the co-insurance payments,” Skinner observes. As he notes, drug companies can, in theory, benefit from significantly higher basic prices while waiving patients’ payments, if those waived payments are smaller than the overall price increases.

The study was partially funded by a grant from the National Cancer Institute.

Obesity is not only the individual’s responsibility

Scienmag Nov 27, 2020 0
Childhood experiences and environment also have an impactCredit: (Adapted from Table 3 in Asahara et al. PLOS ONE,…

Trust me, I’m a chatbot

Choose life: Why patients in China refuse standard treatment for a…

Lichens slow to return after wildfire