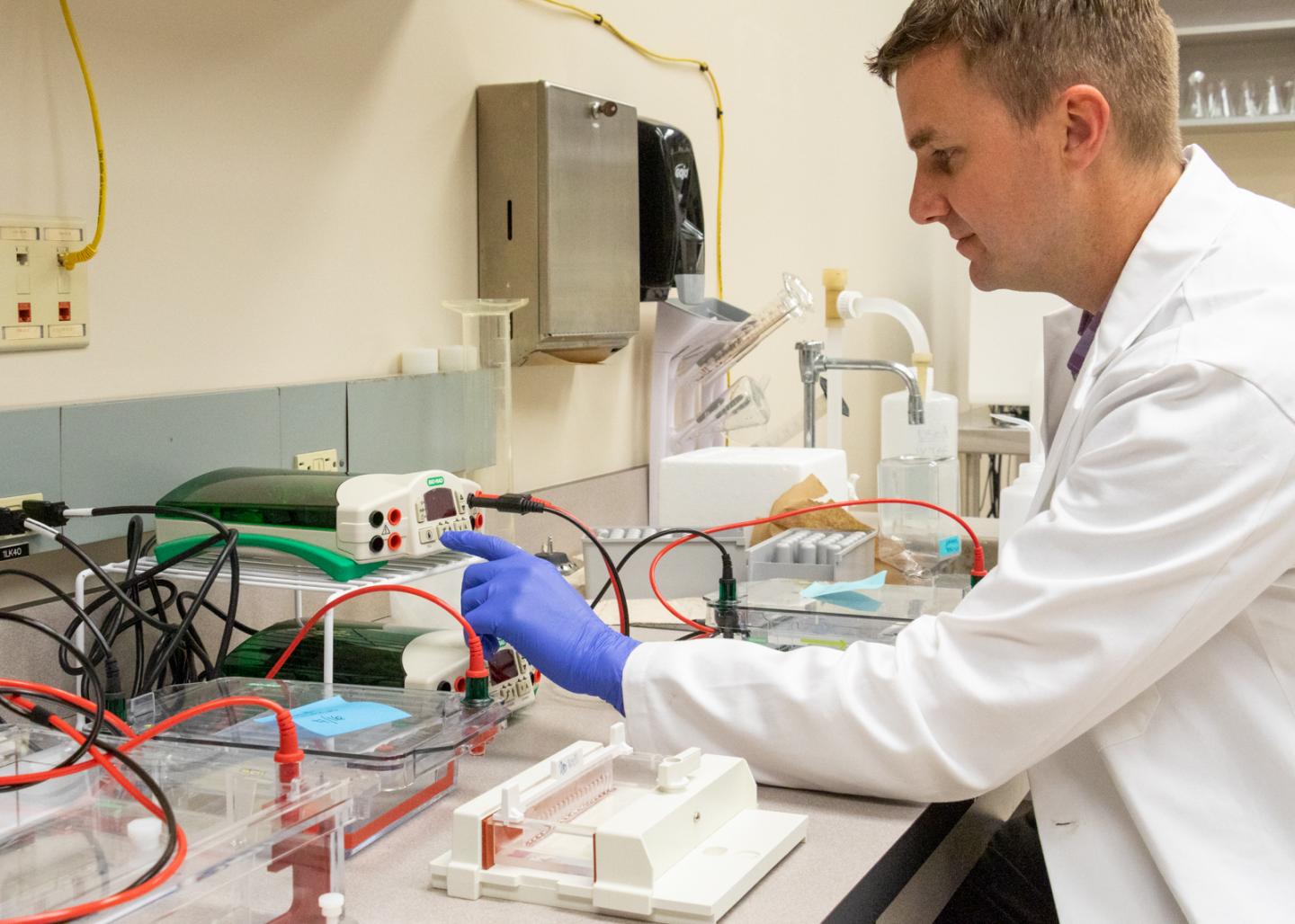 ORLANDO, October 3, 2019 – Once dwindling in numbers and suffering from the hereditary effects of inbreeding, the Florida panther is on the rebound, and researchers now have more genetic data to prove it.

In a recently published study in the journal G3: Genes, Genomes, Genetics and co-authored by a University of Central Florida researcher, the first genome sequence of the Florida panther is presented along with evidence of increased genetic variation in the population.

The increased genetic variation is a result of genetic rescue efforts in the 1990s in which pumas from Texas were brought to Florida to breed with panthers in the Sunshine State. Since the number of Florida panthers had dropped so significantly, panthers were inbreeding and producing offspring with genetic problems, including heart defects and diseases. Panthers and pumas are the same species but are known by different names in different regions.

However, the new study reports that in two offspring from the Texas pumas and Florida panthers, genetic diversity was tripled, likely alleviating genetic-defect threats.

“Our study is the first to report on what the genetic consequences of the introductions look like across all the Florida panthers’ DNA,” said Bob Fitak, an assistant professor in UCF’s Department of Biology and study co-author.

Having a healthy panther population is important for many reasons, including that, as a top predator, the panther has a role maintaining a relatively stable balance in the ecosystem by eating large herbivores, such as deer.

The Florida panther’s population has grown from the dangerously low number of only 20 to 30 panthers in the 1970s and 1980s to between 120 and 230, according to some of the latest estimates from the Florida Fish and Wildlife Commission. They are primarily found in Southwest Florida.

Fitak’s role was to help analyze the genetic data, assemble the DNA sequencing data into a draft genome, as well as annotate the genome, or find the locations and structures of all the genes. His previous experience working with genetic sequencing in Arizona pumas, Arabian camels and diseases has made him an expert in the field.

Genome sequencing is important as it helps scientists understand where key genes are in a species.

For instance, the results could help researchers better understand the diseases typical of the Florida panther population prior to the genetic intervention and to watch for recurring ones, said Alexander Ochoa, the study’s lead author and a postdoctoral research associate in the Department of Evolution, Ecology and Organismal Biology at The Ohio State University.

“We hope our data could be used as a tool for monitoring harmful DNA mutations in the current Florida panther population,” Ochoa said.

By sequencing the genome, the researchers were able to see the evolution of panther traits across the entire species.

For instance, while Florida panthers have increased their reproductive fitness and lifespan, there has been a reduction in the number of genes associated with panthers’ sense of smell, said Melanie Culver, an assistant professor in the University of Arizona’s School of Natural Resources and Environment and study co-author.

“A significant proportion of the contracted gene families we found were in sensory genes for perception of smell, meaning smell is less refined in pumas compared to other carnivores,” Culver said. “However, there were genes in the puma genome showing positive selection in sensory genes, such as light, sound, taste, pain, but a significant number were in vision-related genes. So, pumas appear to have heightened sense of vision at the expense of smell.”

Culver said the results in the study lay the groundwork to assess the role that Florida and Texas genetic traits will play in the future of the Florida panther population.

Fitak received his doctorate in genetics from the University of Arizona and his bachelor’s in molecular genetics from The Ohio State University. Before joining UCF in 2019, he worked as a postdoctoral researcher at the Institute for Population Genetics in Vienna, Austria, and at Duke University. He is a member of UCF’s Genomics and Bioinformatics Cluster.

Parkinson’s disease is also present in the blood