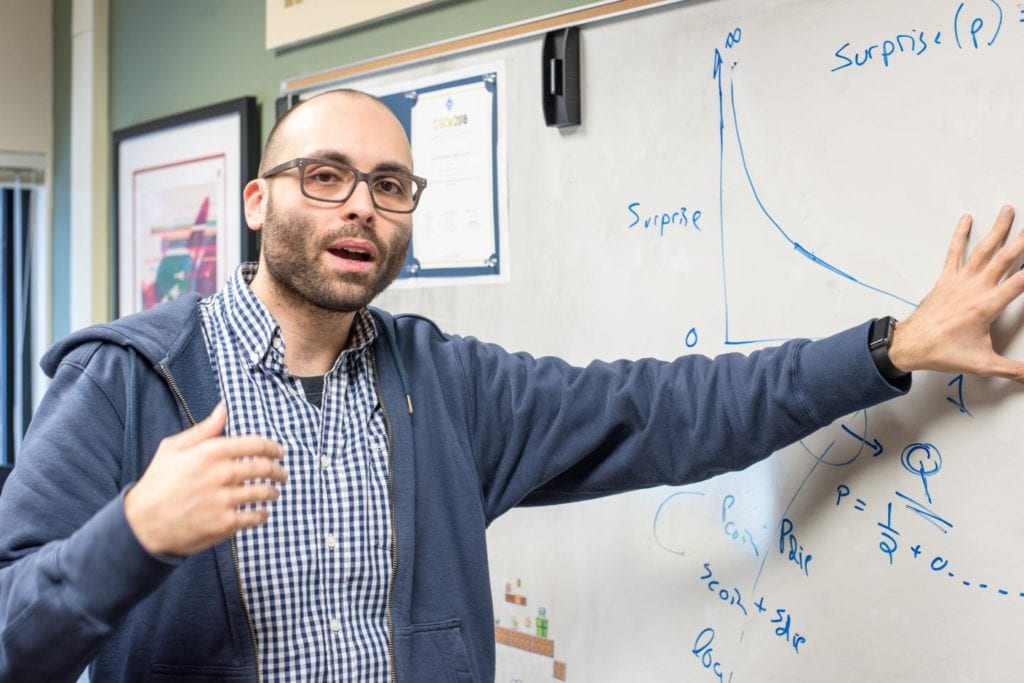 A new study shows that privacy on social media is like second-hand smoke. It’s controlled by the people around you.

Individual choice has long been considered a bedrock principle of online privacy. If you don’t want to be on Facebook, you can leave or not sign up in the first place. Then your behavior will be your own private business, right?

The new study presents powerful evidence that the answer to that question is no.

The team of scientists, from the University of Vermont and the University of Adelaide, gathered more than thirty million public posts on Twitter from 13,905 users. With this data, they showed that information within the Twitter messages from 8 or 9 of a person’s contacts make it possible to predict that person’s later tweets as accurately as if they were looking directly at that person’s own Twitter feed.

The new study also shows that if a person leaves a social media platform–or never joined–the online posts and words of their friends still provide about 95% of the “potential predictive accuracy,” the scientists write, of a person’s future activities–even without any of that person’s data.

The study was published January 21 in the journal Nature Human Behavior.

The research raises profound questions about the fundamental nature of privacy–and how, in a highly networked society, a person’s choices and identity are embedded in that network. The new study shows that, at least in theory, a company, government or other actor can accurately profile a person–think political party, favorite products, religious commitments–from their friends, even if they’ve never been on social media or delete their account.

How information moves on social media platforms, like Facebook and Twitter, has become a powerful factor in protest movements, national elections, and the rise and fall of commercial brands. Along the way, people on these platforms reveal massive amounts of information about themselves–and their friends.

However, scientists have not known if there is a fundamental limit to how much predictability is contained within this tidal wave of data. In the new study, the scientists used their analysis of Twitter writings to show that there is a mathematical upper limit on how much predictive information a social network can hold–but that it makes little difference if the person being profiled, or whose behavior is being predicted, is on or off that network when their friends are on the network.

“You alone don’t control your privacy on social media platforms,” says UVM professor Jim Bagrow, “Your friends have a say too.”

Innovative research seeks to improve walking for children with CP