A new study of genes underlying neurodevelopmental differences has uncovered more than 70 that are very strongly associated with autism and more than 250 with strong links to the condition. The analysis is the largest of its kind to date and includes more than 150,000 participants, 20,000 of whom have been diagnosed with autism. 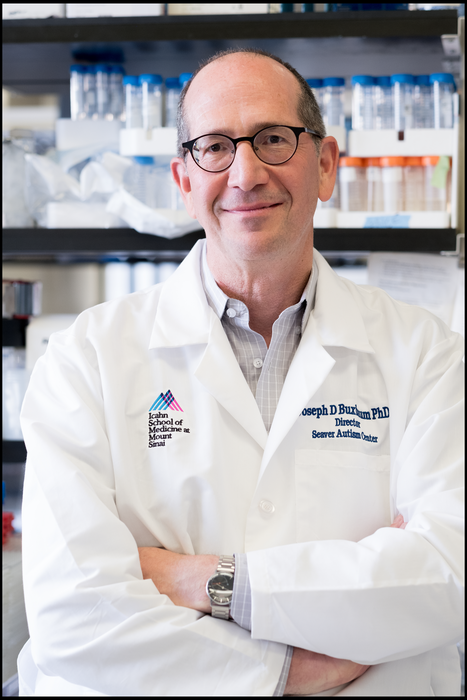 A new study of genes underlying neurodevelopmental differences has uncovered more than 70 that are very strongly associated with autism and more than 250 with strong links to the condition. The analysis is the largest of its kind to date and includes more than 150,000 participants, 20,000 of whom have been diagnosed with autism.

The results offer the most comprehensive look yet at diverse forms of genetic variation in autism and in more broadly defined neurodevelopmental conditions. The insights shed light on the molecular roots of brain development and neurodiversity, and provide new avenues for future research on the biology of autism.

The findings result from a collaboration involving scientists and datasets from the Autism Sequencing Consortium, the Simons Foundation Powering Autism Research initiative, the Lundbeck Foundation Initiative for Integrative Psychiatric Research, the Population-Based Autism Genetics and Environmental Study, and the Center for Common Disease Genomics at the Broad Institute of the Massachusetts Institute of Technology and Harvard. The work is the culmination of an investment several years ago by these consortia to conduct large-scale genetic analysis for neurodevelopmental conditions and share these datasets on autism.

The new work appears in Nature Genetics, alongside three related studies that use some of the same data to advance the understanding of the genetic basis of autism.

“We know that many genes, when mutated, contribute to autism and in this unprecedented study, we were able to bring together multiple types of mutations in a wide array of samples to get a much richer sense of the genes and genetic architecture involved in autism and other neurodevelopmental conditions. This is significant in that we now have more insights as to the biology of the brain changes that underlie autism and more potential targets for treatment,” said co-senior author Joseph D. Buxbaum, PhD, Director of the Seaver Autism Center for Research and Treatment at Mount Sinai, and Professor of Psychiatry, Neuroscience, and Genetics and Genomic Sciences, at the Icahn School of Medicine at Mount Sinai.

In an analysis led by co-first author Minshi Peng, then a graduate student in the lab of co-senior author Kathryn Roeder, PhD, a professor of statistics and life sciences at Carnegie Mellon University, the scientists examined the expression, or activity levels, of the genes they uncovered in developing human neurons. They learned that genes linked predominantly to developmental delay tend to be active in early neuronal development, whereas autism-related genes tend to play a role in more mature neurons. Furthermore, in an analysis of more than 20,000 samples from individuals with schizophrenia, the researchers found that genes that are strongly associated with autism were also more likely to be associated with genes that increase risk for schizophrenia.

“These analyses indicate that there are shared genetic risk factors between autism and other neurological and psychiatric disorders,” Dr. Buxbaum said.

“Our discoveries were enabled not only by very large-scale, rich data collections in autism research and population genetic studies, but also by newly developed analysis methods, allowing us to explore the genetic roots of neurodevelopmental variability in new ways. In addition to the massive gene discovery efforts in the field, we are beginning to make inroads into understanding where, when, and how these genes exert their effects during neurodevelopment,” said co-senior author Michael Talkowski, PhD, institute member at the Broad and director of the Center for Genomic Medicine at Massachusetts General Hospital.

“A critical takeaway is that autism has many genetic mutations driving it and thus genetic testing is warranted, not just for the benefit of families and individuals at risk for autism spectrum disorder, but also to drive development of therapeutics,” said Dr. Buxbaum. “The more we can advance therapeutics, based on the targets identified in these genetic findings, the more people we have the potential to help, which could have a significant impact in addressing autism and developmental delay worldwide.”

About Mount Sinai Health System
The Mount Sinai Health System is one of the largest academic medical systems in the New York metro area, with more than 43,000 employees working across eight hospitals, over 400 outpatient practices, over 300 labs, a school of nursing, and a leading school of medicine and graduate education. Mount Sinai advances health for all people, everywhere, by taking on the most complex health care challenges of our time — discovering and applying new scientific learning and knowledge; developing safer, more effective treatments; educating the next generation of medical leaders and innovators; and supporting local communities by delivering high-quality care to all who need it.

Through the integration of its hospitals, labs, and schools, Mount Sinai offers comprehensive health care solutions from birth through geriatrics, leveraging innovative approaches such as artificial intelligence and informatics while keeping patients’ medical and emotional needs at the center of all treatment.

The Autism Sequencing Consortium
Co-founded by Dr. Buxbaum in 2010, the ASC was first funded by the Beatrice and Samuel A. Seaver Foundation and the Seaver Autism for Research and Treatment at Mount Sinai and subsequently continuously funded by the National Institute of Mental Health for almost a decade. The group’s research has gained additional support over the past decade from the Simons Foundation for Autism Research Initiative, the National Human Genome Research Institute, sand the National Institute of Child Health and Human Development.