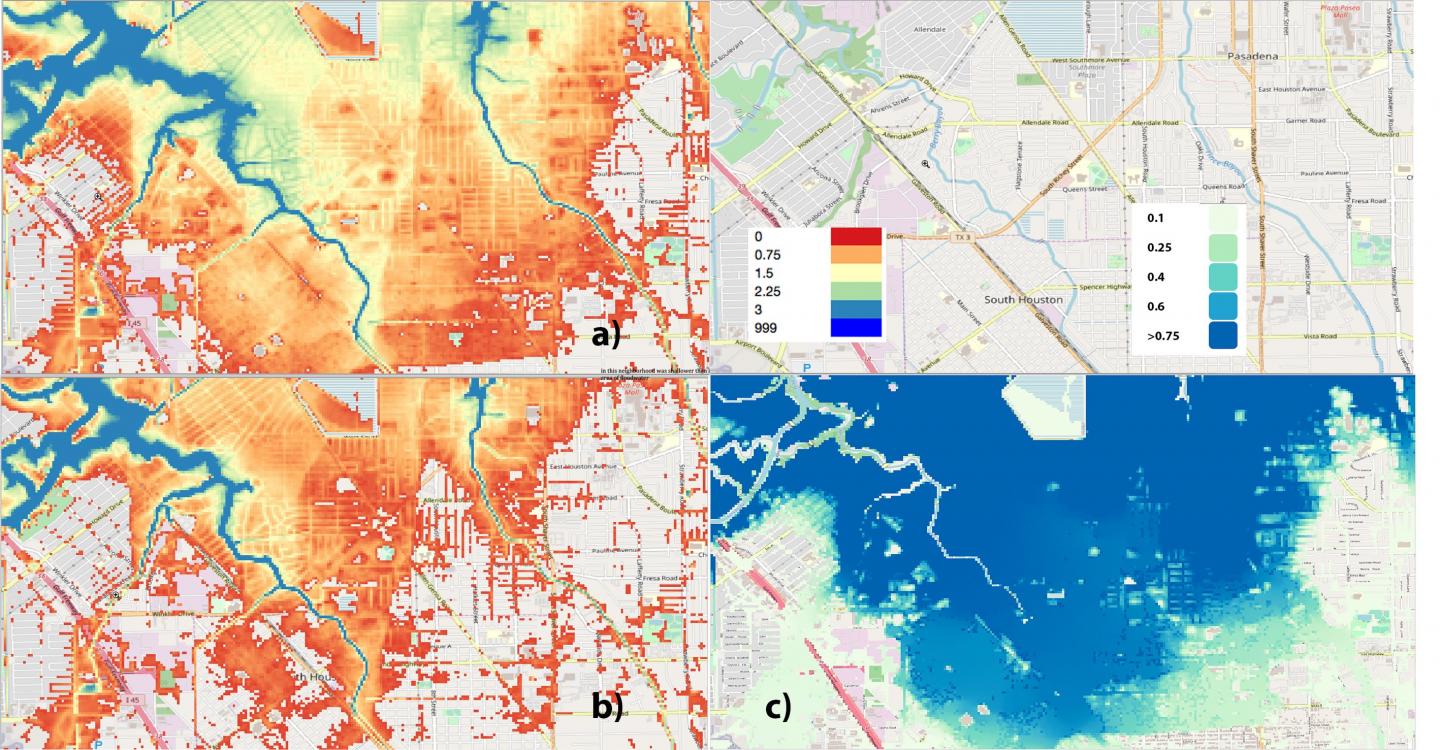 How much do the effects of climate change contribute to extreme weather events? It’s hard to say–the variables involved are plentiful, each event is unique, and we can only do so much to investigate what didn’t happen. But a new paper from Lawrence Berkeley National Laboratory (Berkeley Lab) climate scientist Michael Wehner investigates the question for one particular element of one significant storm and makes the results available to those who lived through it.

In the paper, “Attributable human-induced changes in the magnitude of flooding in the Houston, Texas region during Hurricane Harvey,” published May 19 in Climatic Change, Wehner and Christopher Sampson from Fathom Bristol used a hydraulic model–a mathematical model that can analyze the flow of fluid through a particular system of natural or human-made channels–to consider the degree to which human-caused climate change may have affected flooding in and around Houston during the massive 2017 storm, and the ways in which that flooding was distributed. Wehner and Sampson used resources at the National Energy Research Scientific Computing Center (NERSC) to quantify the increase in Houston flood area and depth from the hydraulic model output and to host a portal where other scientists and the public can access the data for their own use.

From August 26 through August 31, 2017, Hurricane Harvey stalled over the Houston area, flooding 154,000 structures and 600,000 cars; 37,000 people were displaced, and more than 70 died in the floodwaters. Adjusted for inflation, it was the second-most financially expensive tropical storm in United States history, costing between $85 billion and $125 billion.

Using previously published estimates (Risser and Wehner 2017; Von Oldenborg et al 2017; Wang et al 2018) stating a range of a 7% to 38% increase in precipitation during Hurricane Harvey due to climate change, Wehner and Sampson applied a hydraulic model to produce a range of simulations showing the distribution of flooding around the Houston area, illustrating a variety of outcomes for different levels of attribution to climate change.

According to Wehner, the computational simplicity of hydraulic models allows for extremely fine resolution simulations –in this case, about 30 meters (100 feet), or approximately the size of a single house and yard. Because of the granularity of the data, residents themselves can use the model to check the flood status of their homes or blocks in different modeled scenarios and see how climate change may have affected them directly.

“[The amount of flooding you experienced] depends a lot on where you are, whether you were victimized by the flood first of all, and then by whether climate change caused that flooding or not,” said Wehner. “That’s why this is an interesting data set. It’s so high-resolution that people can search for their own houses, or at least their own blocks, and see whether their house was flooded because of climate change–at least according to these simulations.”

That’s part of the impetus of this study, he emphasized: not just publishing the results, but making them easily available to other professional scientists, community scientists, and any member of the public who wants to look at them. For example, Wehner has already begun sharing his data with a team of social scientists who plan to use the data to study the disproportionate distribution of impacts across ethnic groups in Houston. On a broader scale, a public-facing portal hosted at NERSC offers Wehner and Sampson’s data in easily downloadable form, in addition to links to free software.

“It’s a scientific paper, but it’s really motivated as a public outreach,” said Wehner. “I’m trying to empower the public to go out and do their own finding, for people to say, ‘I want to know if climate change impacted my neighborhood.'”

In addition to community science and passing data on to other researchers, this study may also contribute to research on the economic impacts of climate change.

“At the end of the day, our best estimate is that 14% to 15% of the cost of flooding during Hurricane Harvey is because of climate change, which doesn’t sound like a whole lot…but $13 billion does. And that’s going to grow as climate change continues,” said Wehner.