A new study shows medication, not surgery, can be a successful therapeutic option for severe chronic rhinosinusitis with nasal polyps 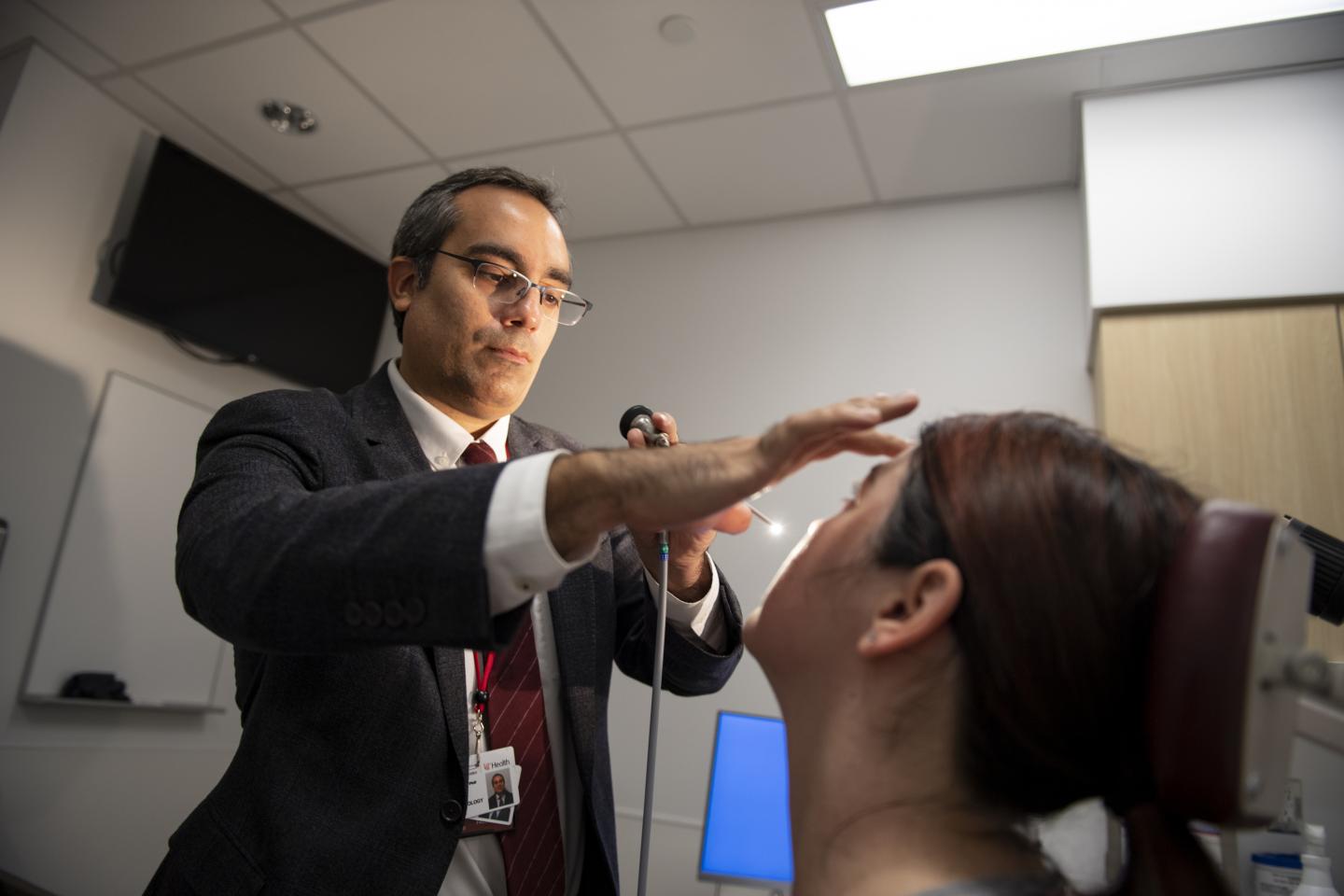 CINCINNATI (Oct. 15, 2019) — For sufferers of chronic rhinosinusitis (CRS), surgery is often the only treatment option due to the severity of their condition.

A new study led by a University of Cincinnati researcher may provide another option, however: in a recent clinical study, a regimen of combined oral and topical corticosteroids were effectively used to treat patients who suffer from severe CRS with nasal polyps.

CRS is an inflammatory condition of the sinuses, often described as “asthma of the sinuses.” CRS is prevalent in approximately 5% of the U.S. population, and it significantly decreases quality of life due to chronic symptoms such as nasal blockage, nasal drainage, facial pressure and decreased sense of smell.

In some cases of CRS, severe inflammation leads to growths in the nose and the sinuses called polyps. In some cases, these polyps can completely fill the nasal cavity–completely blocking nasal breathing and one’s sense of smell.

“These patients with the most severe symptoms and the large polyps are the ones for whom many doctors may say, ‘You need sinus surgery,’ rather than struggling through presumably ineffective medical therapy,” said Ahmad R. Sedaghat, MD, PhD, associate professor in the Department of Otolaryngology-Head and Neck Surgery at the UC College of Medicine and an author of the study.

In this study, patients’ CRS was treated with a regimen of a short-course oral corticosteroid taper and topical intranasal corticosteroid irrigations. More than 60 patients with severe CRS with nasal polyps participated in the clinical study, and half had well-controlled symptoms by receiving only this treatment regimen without needing sinus surgery.

This study was the first to demonstrate that even in patients with severe CRS with nasal polyps, a large fraction of patients may experience well-controlled symptoms, and therefore avoid surgery, through a combination regimen of systemic and topical intranasal corticosteroids.

“These patients’ disease is the worst of the worst,” Sedaghat said. “With this regimen, we alleviated their symptoms, helped them avoid surgery and improved their quality of life.”

The study was recently published in the International Forum of Allergy & Rhinology. Sedaghat conducted the trial while he was on faculty at Harvard Medical School, and it involved study participants from the school’s affiliated Massachusetts Eye and Ear Infirmary.

The study’s authors have no conflicts to report.