The international trade in timber, tobacco, cocoa, coffee and cotton accounts for a high proportion of malaria risk in exporter countries, according to a collaborative study by scientists in Brazil and Australia published in Nature Communications. 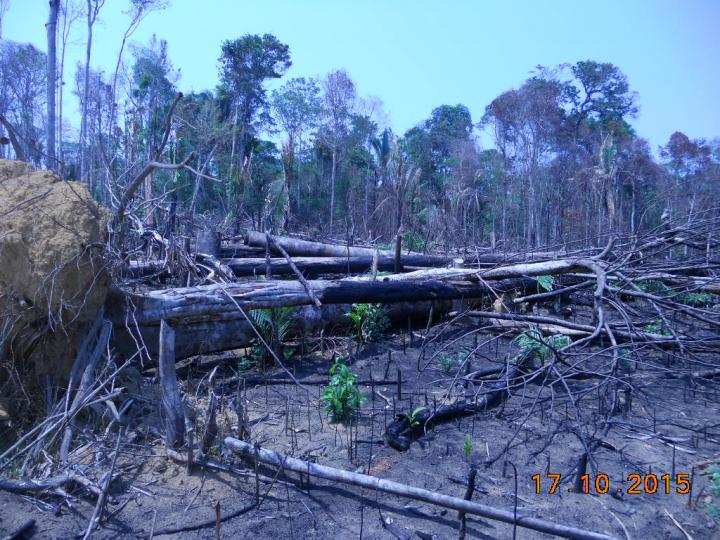 A paper recently published in Nature Communications is the first to show a connection between demand from certain developed countries for agricultural commodities and the growing risk of malaria in the countries that supply those goods. The study was conducted by scientists affiliated with the School of Public Health of the University of São Paulo (FSP-USP) in Brazil and colleagues at the University of Sydney in Australia.

According to the article, approximately 20% of the malaria risk in deforestation hotspots is due to the international trade in goods such as timber, wood products, tobacco, cocoa, coffee and cotton.

The researchers used data for the period 2000-2015. The study was part of the “Latitudinal landscape genomics and ecology of Anopheles darlingi” Thematic Project supported by São Paulo Research Foundation – FAPESP.

The methodology, which correlates world trade routes with data on forest cover loss in the agricultural commodity exporting countries where malaria occurs, was developed by Maria Anice Mureb Sallum, a professor at FSP-USP, and her PhD student Leonardo Suveges Moreira Chaves, the first author of the article, in collaboration with Manfred Lenzen, a professor at the University of Sydney, and his research group.

“Lenzen maintains a database on international trade covering 189 countries and sources such as the World Trade Organization and World Bank, among others,” Sallum said. “We know from the data who sells what and where, who they sell to, who processes the commodities, and where the processed end-products are consumed. For example, certain countries buy cocoa, produce chocolate and export to the rest of the world. All links in the supply chain were taken into account.”

According to Suveges, more than 1 billion commodity trade routes were analyzed by Lenzen and his group using high-performance computing. “Malaria incidence correlates closely with landscape change due to deforestation, which favors the proliferation of vectors and exposes human communities to these insects,” Suveges explained. “So, we attributed part of the total number of malaria cases to deforestation and called it ‘malaria risk,’ meaning how many cases there would be in the presence of deforestation but in the absence of public health interventions to control the disease, such as insecticide-impregnated mosquito netting and artemisinin-based drug treatment. Part of this risk is associated with the world trade in commodities.”

The researchers selected the countries that had cases of malaria and deforestation hotspots and cross-tabulated this dataset with commodity supply chain data, particularly for the final destinations of the goods in question. They concluded that 10% of deforestation-linked malaria risk was associated with ten countries that import these commodities: Germany, the United States, Japan, China, the United Kingdom, France, Italy, Spain, the Netherlands, and Belgium.

The demand for certain commodities in these countries may exacerbate the malaria risk for 10.7 million people in low-income net exporting countries, mostly in sub-Saharan Africa.

Deforestation-implicated malaria risk, as defined by the researchers, was highest in Nigeria, corresponding to 5.98 million cases in 2015. These were due in part to exports of timber to China (USD 332?million in 2015) and exports of cocoa beans to the Netherlands (USD 334?million), Germany (USD 72 million), and Belgium, France, Spain and Italy (USD 35 million), as well as exports of charcoal to Europe (USD 35 million).

Next came Tanzania, with 5.66 million people at risk of deforestation-linked malaria in 2015, partly owing to exports of raw tobacco to Europe and Asia (USD 344 million), raw cotton to Southeast Asia (USD 41 million), and sawn timber to India (USD 20 million).

Uganda had 5.49 million deforestation-linked malaria risk cases, potentially driven by exports of raw coffee to Italy (USD 88 million in 2015), Germany (USD 63 million), Belgium (USD 40 million), the United States and Spain (USD 21 million each) and to a lesser extent by exports of raw cotton to South and Southeast Asia (USD 15 million).

Finally, the authors write that deforestation-linked malaria in Cameroon (5.49 million risk cases) could be connected to exports of cocoa to the Netherlands (USD 300?million), Spain, Belgium, France and Germany (altogether USD 79?million in 2015), rough timber to China (USD 175?million), and sawn timber to China, Belgium, Italy, the United States, and many other destinations (altogether USD 440?million).

According to the article, other countries with high levels of deforestation-linked malaria risk were (in descending order) DR Congo, India, Zambia, Myanmar, the Central African Republic, and Burundi. Their main trading partner was China, to which they mainly exported timber.

“It’s striking that the US, the UK, France, Germany and Japan, some of the main importers of malaria-implicated products, provide financial support for malaria control programs, especially in sub-Saharan Africa,” Suveges said.

However, the numbers do not add up. In 2017, global investment in malaria control and prevention totaled USD 3.2 billion, with high-income donors providing 72%. However, the authors write that malaria-endemic countries bore 28% of the total, which was less than half of what was required to reduce malaria morbidity and mortality rates in line with Health Target 3.3 of the Sustainable Development Goals (SDGs) proposed for 2030 by the United Nations.

The countries that produce and export commodities remained in this position throughout the period analyzed, Sallum stressed. “We know from previously published studies that malaria is affected by the social impact of economic development, when people have better housing and better conditions for land use, all of which protects them. If commodity exporters became suppliers of manufactured goods, they would add more value to their production, and their societies would benefit. This in turn could reduce the need for deforestation and mitigate malaria risk,” she said.

“However, the fact that supply chain roles don’t change demonstrates the inequality prevailing in these relations. Commodity prices are set by the importers.”