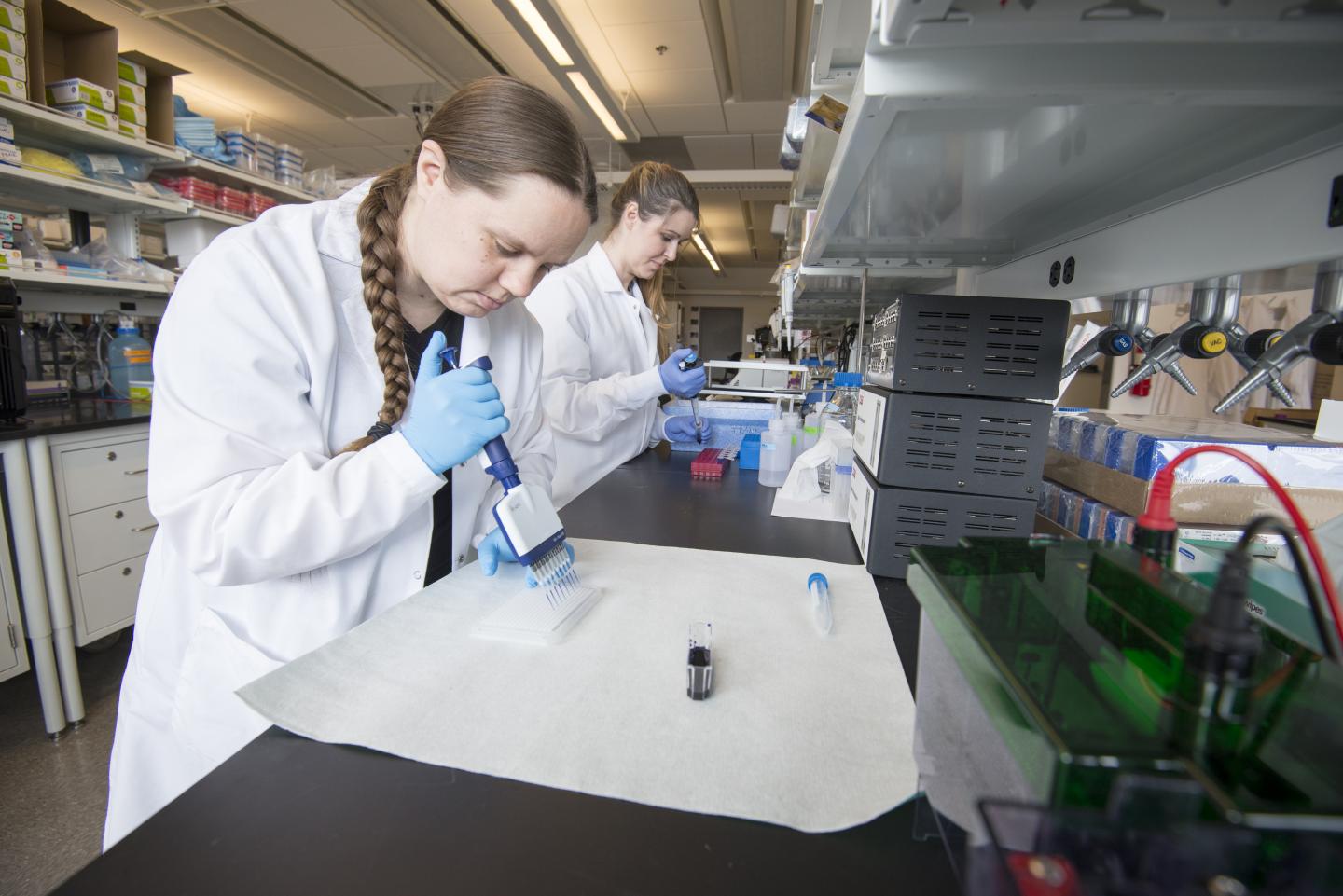 SPOKANE, Wash. – Up to 80 percent of children with autism spectrum disorder (ASD) experience sleep problems. The source of these problems has been as much of a mystery as the exact causes of ASD, which scientists are still working to unravel. A new study led by a team of neuroscientists at Washington State University has brought scientists closer to identifying the causes of disturbed sleep in autism, which could open the door to future treatment that would bring relief to children with autism and their caregivers.

“Poor sleep is not only a problem for individuals with autism but is also one of the top concerns among caregivers,” said Lucia Peixoto, an assistant professor in the WSU Elson S. Floyd College of Medicine and the principal investigator and senior author on the study. “In addition, there is a clear link between sleep problems and severity of core autism symptoms such as social and communication challenges and repetitive behaviors. If we can get to the root of these sleep issues, this could potentially help ease other autism symptoms as well.”

Published in the open access journal eLife, the team’s findings suggest that sleep problems in patients with autism spectrum disorder may be linked to a mutation in the gene SHANK3 that in turn regulates the genes of the body’s 24-hour day and night cycle. Their study showed that people who were missing the SHANK3 gene and mice that lacked part of the gene had difficulty falling asleep. Their study in mice also strongly supported one possible explanation as to why individuals with autism have trouble falling asleep: It’s not that they are not sleepy. They are sleepy, but they simply cannot fall asleep.

Peixoto and her colleagues took a multistep approach to their study. First, they analyzed sleep data from patients with Phelan-McDermid syndrome (PMS), a genetic disorder that often goes hand in hand with autism and is thought to be related to the SHANK3 gene. They found that PMS patients who are missing the SHANK3 gene have trouble falling asleep and wake up multiple times during the night, starting at age five.

“Many kids with Phelan-McDermid syndrome sleep less than six hours a night, and their sleep is really poor across their lifespan so it’s an ongoing source of difficulty for them,” said postdoctoral research associate and co-first author Hannah Schoch.

Schoch along with co-first author and postdoctoral research associate Ashley Ingiosi did much of the hands-on work for the study. For the next step, Ingiosi studied sleep in a mouse model of PMS, which used mice that are missing a part of the Shank3 gene and wild-type control mice.

When kept on a light-dark cycle of 12 hours each and allowed to sleep normally, mice with the Shank3 mutation spent more time awake at the end of the dark period, when nocturnal mice would normally take a nap. The data also suggested that the quality of their deep sleep was reduced.

In a subsequent sleep deprivation experiment, all mice were kept awake for the first five hours of their main sleep phase.

“What we found is that the Shank3 mutant mice were able to build up a need for sleep to the same extent as wild-type mice, which tells us that they were sleepy,” Ingiosi said. “But it actually took them twice as long to fall asleep.”

A gene expression analysis of these mice showed decreased activity in a group of genes related to the body’s circadian clock, which helps to maintain a 24-hour day/night rhythm. Sleep deprivation made this worse–the team found that the number of genes that didn’t turn on correctly was twice as high in sleep deprived mutant mice. This suggests that sleep deprivation exaggerates the genetic differences between Shank3 mutants and wild-type mice, Peixoto said, which may translate to a worsening of symptoms in people who have conditions associated with SHANK3 mutations, such as PMS and autism.

Follow-up studies to be conducted by the research team will delve deeper into two questions: whether the sleep issues in mice with Shank3 mutations are present at birth or develop over time and what the mechanism is by which SHANK3 mutations cause sleep issues.

“If we are able to understand the molecular mechanisms underlying the sleep problem in Shank3 mutant mice, we expect that this will also strongly relate to sleep problems in autism in general,” Peixoto said.
“And that would suggest novel points of intervention.”

How to purify water with graphene

US Deptartment of Energy awards UToledo $750,000 to improve production…