Marine heatwaves brought about by climate change are known to be responsible for mass mortality on some of the planet’s most iconic coral reef systems. 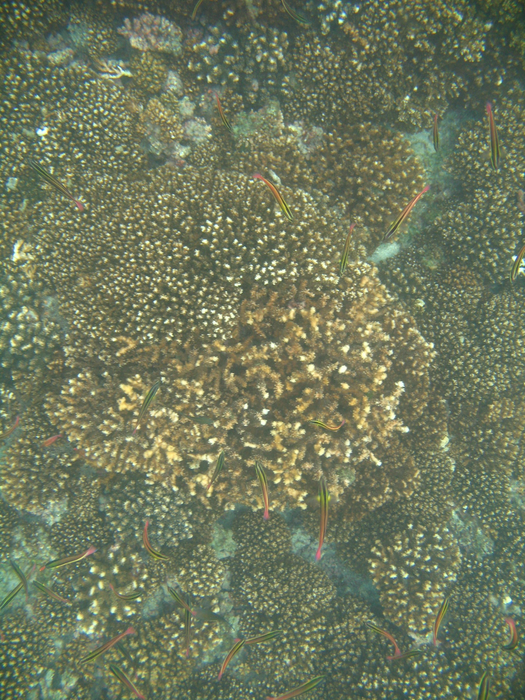 Marine heatwaves brought about by climate change are known to be responsible for mass mortality on some of the planet’s most iconic coral reef systems.

However, scientists have discovered that an extreme weather event that resulted in rapid sea temperature drops of up to 10 degrees was the primary cause of a catastrophic coral die-off event.

Combined with widespread rise in harmful algal blooms, the extent of collapse of the reefs in Costa Rica’s Eastern Tropical Pacific in 2009 was abnormally high.

The two factors resulted in coral cover at some sites decreasing by between 20% and 100%, with the levels of recovery also varying significantly in the years since.

In a new study, published in the journal PeerJ, researchers say their findings demonstrate the effects of upwellings – which result in sea temperatures suddenly plummeting – are a key factor that need to be consider when trying to manage reef systems.

The research was conducted by an international team of scientists led by the University of Plymouth, working alongside partners including Raising Coral and ACG who promote coral reef conservation in Costa Rica.

They used 25 years of reef survey and sea surface temperature data to document changes in coral cover and the composition of six marginal reefs in relation to thermal highs and lows.

In doing so, they were able to paint a comprehensive picture of local coral health status and quantify the magnitude of coral population declines while also establishing the implications for effective conservation and restoration strategies.

In the study, they say the lack of overall coral recovery in the decade since the initial event indicates the region’s ecosystem had reached a tipping point.

As a result, they propose a locally tailored – but globally scalable – approach to coral reef declines that is founded in resilience-based management and restoration but also informed by coral health dynamics.

Such measures, with careful management, could enable reefs to recover and continue supporting ecological and societal ecosystem services in spite of the escalating threats posed by climatic changes.

Dr Robert Puschendorf, Lecturer in Conservation Biology at the University of Plymouth, said: “The demise of coral reefs is very much linked to global warming and marine heatwaves. However, local and tailor-made conservation strategies might help to conserve the remaining reefs in our ocean. If we involve local communities and improve governance on how we manage waste water and other factors, that can decrease the extent and intensity of the harmful algal blooms. The issues of global warming and extreme climate events are obviously something far bigger, but this study demonstrates the actions people can take in the meantime.”