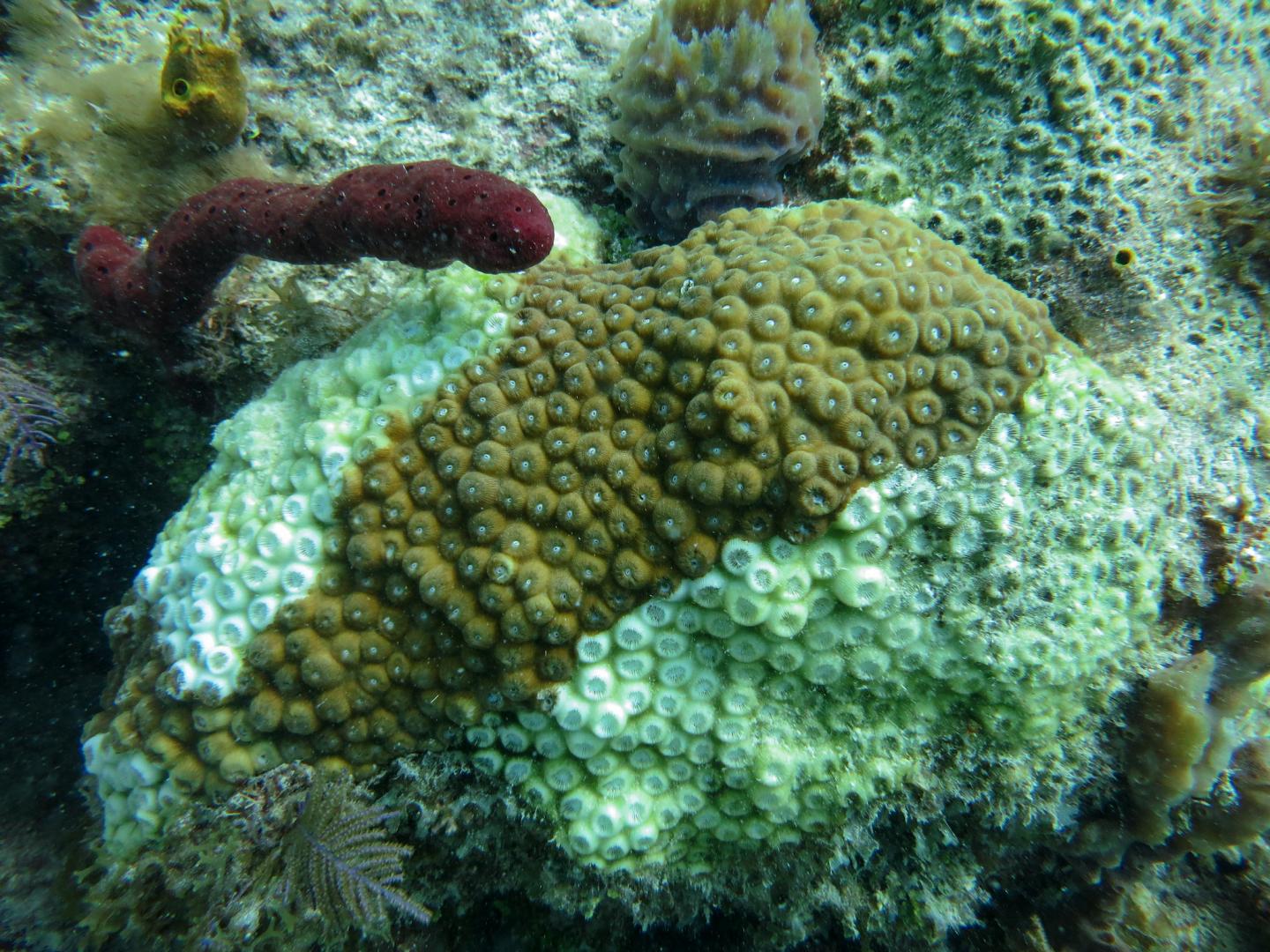 MIAMI–A new study led by scientists at the University of Miami (UM) Rosenstiel School of Marine and Atmospheric Science is the first to document what coral genes are doing in response to a disease that is rapidly killing corals throughout Florida and the Caribbean. The findings can help to better understand coral immune system as new diseases emerge as the ocean warm.

The collaborative effort between researchers at the UM Rosenstiel School, Mote Marine Laboratory and the Smithsonian Marine Station is the first to document a gene expression response of corals to stony coral tissue loss disease and that the disease causes a shared immune response in at least two coral species — mountainous star coral (O. faveolata) and great star coral (M. cavernosa).

“This work is vital in our efforts to save Florida’s coral reefs,” said the study’s lead author Nikki Traylor-Knowles, an assistant professor of marine biology and ecology at the UM Rosenstiel School. “It is imperative that we better understand their immune system and how it may be helping or hindering their health in the face of climate change and disease.”

Since first appearing in 2014, stony coral tissue loss disease has spread throughout most of Florida’s coral reef as well as others in the Caribbean and has affected over 20 coral species to date.

In this study, the researchers exposed healthy corals to stony coral tissue loss disease in order to– study their reaction on a cellular level. They found a network of genes important for cell responses including cell death, immunity and tissue rearrangement, indicating that the disease is causing swift cell death and rearrangement of the tissue.

An interesting set of genes uncovered by the researchers — peroxidases — are known to be important for stress response in invertebrates and were found to play an important role in the late stage reaction of the disease in corals.

The study was funded by the Florida Department of Environmental Protection (grant # PR11155032).