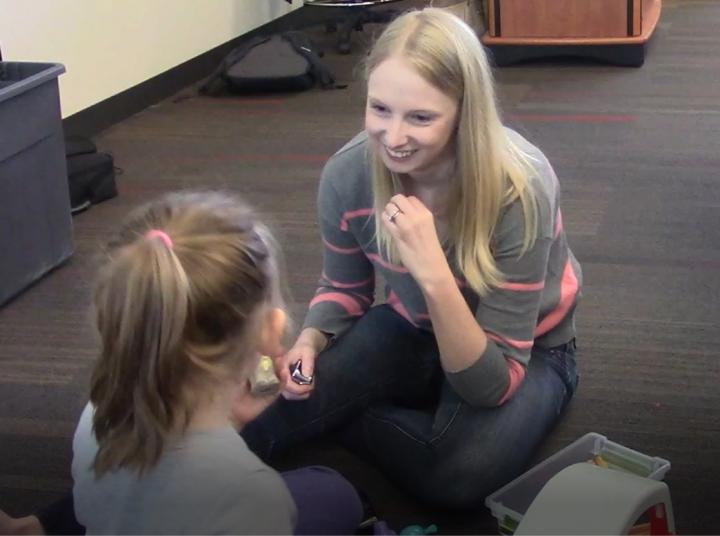 Preschool is a crucial time for language development. Children born preterm who display deficits in language skills are unlikely to catch up with their full-term peers. That’s why it’s imperative to accurately assess their language skills to determine if they need early intervention.

One common method of evaluating language skills is with standardized assessments or tests. Another way to analyze language skills is with language sample analysis, which provides a great deal of information on a child’s language abilities and overall conversational skills. Despite this test’s diagnostic utility, very few studies have analyzed language sample analyses in conjunction with standardized assessment outcomes in children born preterm.

To bridge this gap, a researcher at Florida Atlantic University’s College of Education and collaborators, investigated the impact of preterm birth on language outcomes in preschoolers born preterm and full-term, using both standardized assessment and language sample analysis.

In addition to measures of language that included semantic skills as well as grammatical ability, the researchers examined nonlinguistic developmental skills of nonverbal intelligence, attention, and hyperactivity.

Results of the study, published in the Journal of Speech, Language and Hearing Research, show that in general, the children born preterm performed more poorly when language skill was measured via language sample analysis than standardized assessment. There were statistically significant group differences for all language skill measures obtained from the language sample analyses. In contrast, the researchers only found differences for one measure of language skills between the two groups of children obtained from the standardized assessments.

On the grammatical measures of the language sample analyses, the researchers found statistically significant differences between the two groups. Preterm children exhibited substantial grammatical difficulties. These children showed language deficits in discourse-level semantic and grammatical skills that were not evident from standardized assessment, which the researchers did not expect to find.

“Language difficulties at the discourse level may still exist even when children who are born preterm appear to be developing typically when they are evaluated by standardized assessments of global language ability, cognition, and attention,” said Caitlin M. Imgrund, Ph.D., senior author and an assistant professor in FAU’s Department of Communication Sciences and Disorders. “We also could not attribute these group differences to nonlinguistic factors such as inattention, hyperactivity, or nonverbal intelligence.”

Findings from the study have important clinical implications for practitioners who work with preterm children. Deficits in conversational skills may be difficult to assess through the traditional use of standardized assessments, which underscores the importance of using both language sample analysis and standardized assessment to measure children’s expressive language skills.

This study was supported by the Council of Academic Programs in Communication Sciences and Disorders PhD Scholarship and the ASHA Foundation Student Research Grant in Early Childhood Language Development. The children in the preterm group were recruited from a larger study supported by the National Institute on Deafness and Other Communication Disorders (grant R01 DC003311).

Improving the well-being of heart-failure patients

Scienmag May 6, 2019
Credit: DZHI Wuerzburg Many patients with an implantable cardioverter defibrillator (ICD) are anxious of the shock…