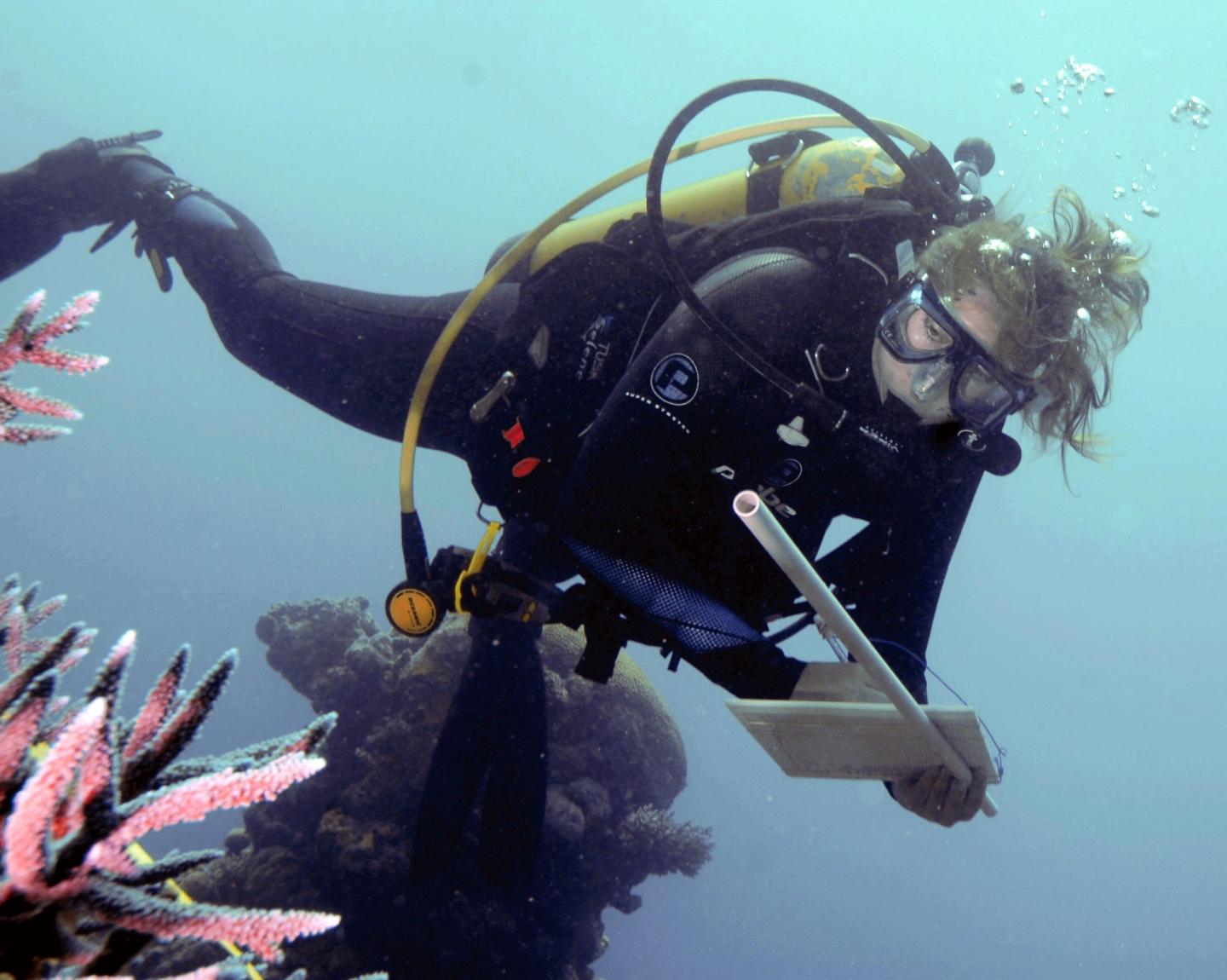 Irvine, Calif., Aug. 12, 2019 — When Joleah Lamb strapped on a scuba tank and plunged into the ocean over a decade ago, it was the first of many expeditions to examine the effects of climate change and other human-produced factors on coral.

Now, 13 years after that foray, she has contributed one of the largest amounts of data to a landmark study on how to save coral reefs in the Indian and Pacific Oceans. Lamb, an assistant professor of ecology & evolutionary biology at the University of California, Irvine School of Biological Sciences, is among more than 80 marine researchers worldwide who produced the report. It has been published in Nature Ecology and Evolution (Link to study: https://www.nature.com/articles/s41559-019-0953-8)

The research encompassed over 2,500 reefs across 44 countries. Lamb provided its fourth-largest dataset, containing details on more than a million individual corals. Gathering the information required painstaking visual inspection, with Lamb and colleagues swimming underwater for as much as six hours each day. Armed with special measuring tapes, waterproof paper and pencils, they recorded information on each coral, meticulously identifying the size and health of more than 300 unique species.

Key to this study were observations of bleaching, a visible indication water is too warm. When temperatures rise, corals expel algae they normally depend on for energy. The depletion robs the corals of their color and turns them white. It also eventually starves them.

“There are efforts to use drones or satellites to collect this information, but you cannot get the high resolution needed to assess the vital complex architecture of reefs unless you are in the water,” said Lamb.

The scientists involved in the report say it’s not too late to save reefs if three strategies are immediately enacted in the Indo-Pacific. One is protecting from human impact those that are functioning, representing 17 percent of the reefs studied. Another is helping the 54 percent that are damaged but have the potential to recover. For 28 percent, it may be too late for rescue, which suggests some coastal societies will need to transition away from depending on them.

Lamb says Americans should be concerned about the research results. “There are a lot of reefs in our territories, such as Hawaii, American Samoa and Guam,” she said. “They all face severe impacts from the loss of coral reefs, including on coastal protection, food and income from tourism. And even if you don’t live close to a reef, carbon emissions contribute to climate change that harms corals worldwide.”

Besides university scientists, researchers with the Wildlife Conservation Society, other non-profit organizations and governmental agencies participated in the study. The massive project demonstrates the need for collaboration in combatting environmental threats, she said.

“As scientists, we can tend to work in small domains and become microscopic in what we examine,” she added. “We can’t be that way anymore. We must work together on large global solutions that protect our world.”

The study was supported by the John D. and Catherine T. MacArthur Foundation and the Bloomberg Philanthropies’ Vibrant Oceans Initiative.

Hacking off the hackers: WVU programmed to fill cybersecurity jobs with NSF award

Scienmag Sep 13, 2019
Tiny box puts itself together and glowsCredit: Zhan et al., CC-BY A cube one-fortieth the size of a human red…