A model developed by Brazilian researchers shows that opening up protected areas of the Amazon to mining projects would lead to the deforestation of 183 square kilometers (km²) due directly to new mines and the loss of an additional 7,626 km² of forest to the direct and indirect impacts of infrastructure construction. 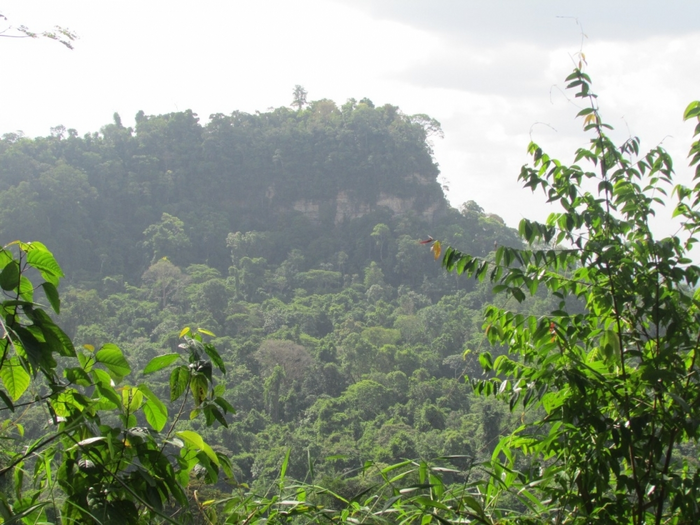 A model developed by Brazilian researchers shows that opening up protected areas of the Amazon to mining projects would lead to the deforestation of 183 square kilometers (km²) due directly to new mines and the loss of an additional 7,626 km² of forest to the direct and indirect impacts of infrastructure construction.

The scientists mapped 242 mineral deposits in the National Reserve of Copper and Associated Minerals (RENCA), an area located in the northern states of Amapá and Pará. The Brazilian government created RENCA in 1984 to protect mineral assets and conduct geological research in the area. Its total area is 47,000 km², so that the deforestation risk corresponds to about 17%.

Opening up the area to exploration and production would require 1,463 km of new roads to facilitate access, causing indirect deforestation estimated to be 40 times larger than the amount of clearing due directly to mining operations, as well as forest fragmentation with significant losses of biodiversity and ecosystem services now provided by the forest.

The results of the study are reported in an article published in the journal Nature Sustainability. Meanwhile, Brazil’s Congress is currently debating bills that would allow mining in protected areas including Indigenous territories (TIs). Moreover, deforestation in the Amazon has accelerated, reaching 8,590.33 km² between August 2021 and July 2022, when it was the third highest since 2015 according to data from DETER, the real-time satellite-based deforestation detector operated by the National Space Research Institute (INPE).

In 2017, then President Michel Temer moved to allow commercial development of RENCA but backed down in response to pressure from non-governmental organizations (NGOs) and civil society associations.

“One of the innovations in the study was modeling of the future impacts of possible new mining areas and the infrastructure required to reach them, including construction of roads. We believe the discussion about proposals to reduce the protected areas should consider the impact on the forest, on its biodiversity and ecosystem services. Strategic planning is vitally important in such cases,” environmental engineer Juliana Siqueira-Gay told Agência FAPESP.

She is the first author of the article on the study, which was part of her PhD research at the University of São Paulo’s Engineering School (POLI-USP). Her work was recognized by the International Association for Impact Assessment (IAIA), which in 2022 gave her its Youth Award for “innovative research and modeling” in analyzing the “impacts of policy on forest landscapes, mining and infrastructure development, and mining inside Indigenous lands”. She has also been recognized recently by CAPES, the Brazilian Ministry of Education’s Coordination for the Improvement of Higher Education Personnel, which funded her via a research scholarship and gave her an honorable mention in its CAPES Thesis Awards.

For Luis Enrique Sánchez, a professor at POLI-USP, Siqueira-Gay’s thesis advisor and a co-author of the article, the research can contribute to decision-making. “It shows that before any changes are made to the rules with the aim of reducing conservation areas, opening up Indigenous territories to mining or allowing production in RENCA, environmental impact assessments must be conducted, not case by case but strategically. These decisions can have implications on a regional scale. Our study shows that government policies should be subject to impact assessments,” said Sánchez, whose research has been supported by FAPESP.

Earlier research by the group, conducted in collaboration with colleagues at the Federal University of Minas Gerais (UFMG) and reported in 2020 in the journal One Earth, focused specifically on Indigenous territories. According to this study, mining in the areas concerned could increase the impact on the forest by 20% and lead to losses worth up to USD 5 billion in ecosystem services such as rainfall regulation and food production.

The group developed spatial models of land use to simulate the expansion of mining and associated access infrastructure in a total of some 250,000 km² in RENCA and the vicinity (corresponding to 5% of the Brazilian Amazon).

Under one of the five scenarios for the policy of permitting mining and an increase in other human activities in RENCA, legal protection of the area as a reserve remains in force and there are no changes to conservation areas. Under the other four, the existing legal framework is replaced by rules that (1) change the restrictions concerning Indigenous lands to allow mining and construction of access roads; (2) change the management plan for sustainable-use areas to allow economic activities there; (3) allow mining in TIs and sustainable-use areas; and (4) suspend restrictions in all conservation units throughout RENCA.

None of the scenarios led to a desirable outcome in terms of conservation, and deforestation rose to some extent in all cases, with losses of high-biodiversity areas and increased landscape fragmentation. In some cases, a long and costly road network would be required, creating additional pressure to open up more protected areas and increasing forest fragmentation.

The researchers do not specifically discuss gold mining but note that the area is known to contain several gold deposits with wildcat prospectors in operation there. Given the growth of these illegal activities in the Amazon due to the price of gold and political support, opening up the area to exploration, mining and infrastructure would lead to more informal occupation in search of gold deposits, they write.

According to Sánchez, pressure on the Amazon Rainforest is intensifying in the current context of weak governance. “Roads and other means of access are gateways for the penetration of other activities, both legal and illegal. When governance is weak, the impact of mining multiplies,” he said.

A report published in 2021 by MapBiomas, a collaborative network run by NGOs, universities and tech startups to map land use and forest cover in Brazil, states that mining expanded sixfold nationwide between 1985 and 2020. The estimate is based on analysis of satellite images with the aid of artificial intelligence. The authors reckon mining jumped from 310 km² to 2,060 km² in the period, with part of the expansion occurring in the Amazon. In 2020, three in every four hectares of mining operations were in the Amazon, mainly pertaining to wildcat prospecting (garimpos).

“Our models don’t categorize mineral deposits by type of ore, so we don’t analyze gold mining separately. We know there are many gold deposits in the region, and it wouldn’t be possible to ignore the fact that new roads would make access a lot easier,” said Siqueira-Gay, who is currently researching mining and deforestation at Instituto Escolhas, a sustainability think tank.

The energy transition will lead to rising demand for certain minerals in the years ahead, she added, particularly those used to produce solar and wind power and in electric car batteries. “The importance of protecting the landscape is an issue that will be discussed all the more widely from now on. The debate about opening up new areas has to do with our research lines here,” she said.