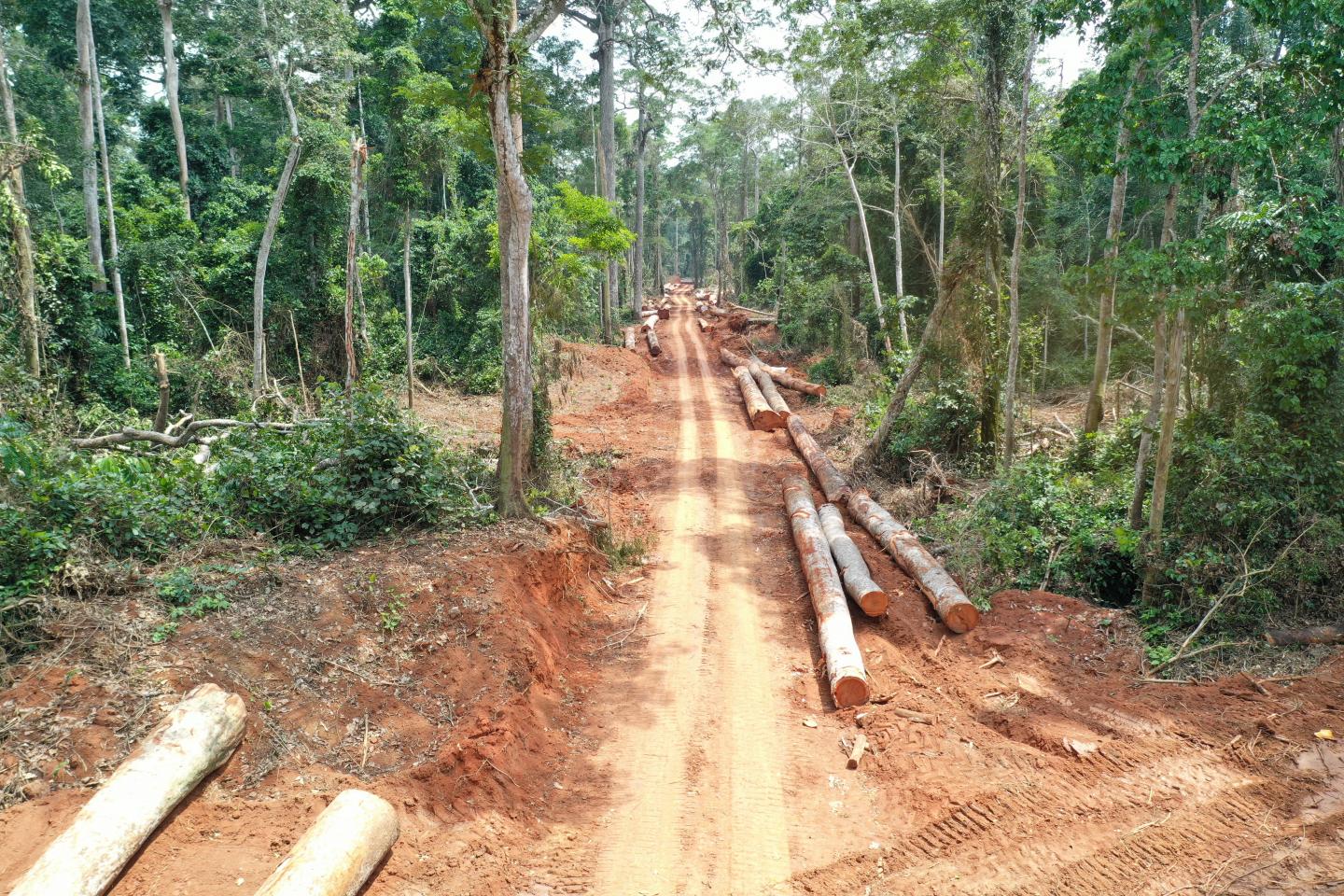 BRAZZAVILLE, Republic of Congo (July 15, 2019) – A new study says that the tropical forests of Western Equatorial Africa (WEA) – which include significant stands of Intact Forest Landscapes (IFLs) – are increasingly coming under pressure from logging, poaching, and associated disturbances.

The tropical forests of WEA are comprised of significant stands of IFLs, which are forest and associated mosaics lacking overt human disturbance such as infrastructure. The vast majority of IFLs found in the Republic of Congo are located in the north of the country, which is also inhabited by extraordinary biodiversity, including chimpanzees (Pan troglodytes troglodytes) and western lowland gorillas (Gorilla gorilla gorilla). Forests of northern Congo are also comprised of timber-rich stands, the exploitation of which is a big driver of the region’s economy and development.

Publishing in the journal Frontiers in Forests and Global Change, researchers from Lincoln Park Zoo, Wildlife Conservation Society (WCS), and Washington University in St. Louis, found that logging road construction had accelerated over the last two decades and has led to a dramatic decline of IFLs. Increased human immigration and degradation of natural resources follows in the wake of such road expansion.

The researchers, together with Park authorities, documented the first instances of elephant poacher incursions in Goualougo Triangle region of Nouabalé-Ndoki National Park (NNNP) – considered the most pristine block of rainforest remaining in the entire Congo Basin. This coincided with the arrival of roads and active logging in adjacent forest. Increased access to IFLs that facilitates illegal hunting raises concern and increases challenges for authorities tasked with protecting wildlife across WEA.

As part of a regional monitoring effort, researchers partnered with local government officials and the timber company working in the region to assess ape abundances in relation to habitat characteristics and human-caused disturbances, comparing IFLs and non-IFL areas in the Sangha Trinational landscape, a transboundary UNESCO World Heritage site in the Republic of Congo, Cameroon and Central African Republic.

They found that IFLs had higher tree densities and less terrestrial vegetation than logged habitats. Results also indicate few ape resources were exploited in the areas logged twice and areas with tree stems removed had higher abundances of ape preferred terrestrial herbs, which may contribute to ape survival prospects. In addition, they found that chimpanzees and gorillas occur at high densities in both IFLs and as non-IFLs. Differences in the lower abundance of large trees in exploited forest were however identified to coincide with differences in ape resource use. The chimpanzee tree nesting niche was reduced in non-IFLs, as night nests were constructed significantly closer to the ground than in IFLs.

Importantly, the study combined data collected at local scales with larger regional satellite monitoring efforts. The identification of erroneously classified IFLs in the Kabo logging concession in this investigation highlights how verifying remotely sensed information is necessary to ensure accuracy. To identify other less visible human-caused impacts, researchers assessed direct and indirect impacts of road expansion and illegal hunting on wildlife in these remote areas. They urge that the results of biodiversity assessments and strategic aspects of long-term protection should be taken into account when developing reduced impact logging (RIL) guidelines in non-certified and certified logging concessions like those bordering the NNNP.

The Forest Stewardship Council (FSC) demands adherence to practices that include protecting biological, environmental service, social and cultural values that are significant or critically important. Such values should also be taken into consideration when identifying conservation set asides. For example, the majority of the remaining IFLs in the Kabo concession is within the Djeke Triangle, which is contiguous but outside the boundaries of the Ndoki National Park in the Central African Republic and the NNNP in the Republic of Congo. Thus, this area is a strategic location for curbing future poaching incursions into both protected areas. It also comprises the home ranges of gorillas habituated to human presence for scientific study and tourism development.

“With only eight percent of forests within Western Equatorial Africa remaining intact and on the decline, the preservation of such habitats should be a priority,” said David Morgan lead author of the research and conservation scientist at Lincoln Park Zoo.

Emma Stokes, WCS’s Regional Director for Central Africa, said: “Intact Forests are important not only for elephants, chimpanzees, and gorillas, but also for climate regulation, indigenous cultures and overall ecosystem health; their loss has a disproportionate impact on the surrounding area.”

A virtual reality camera captures life and science aboard the space…