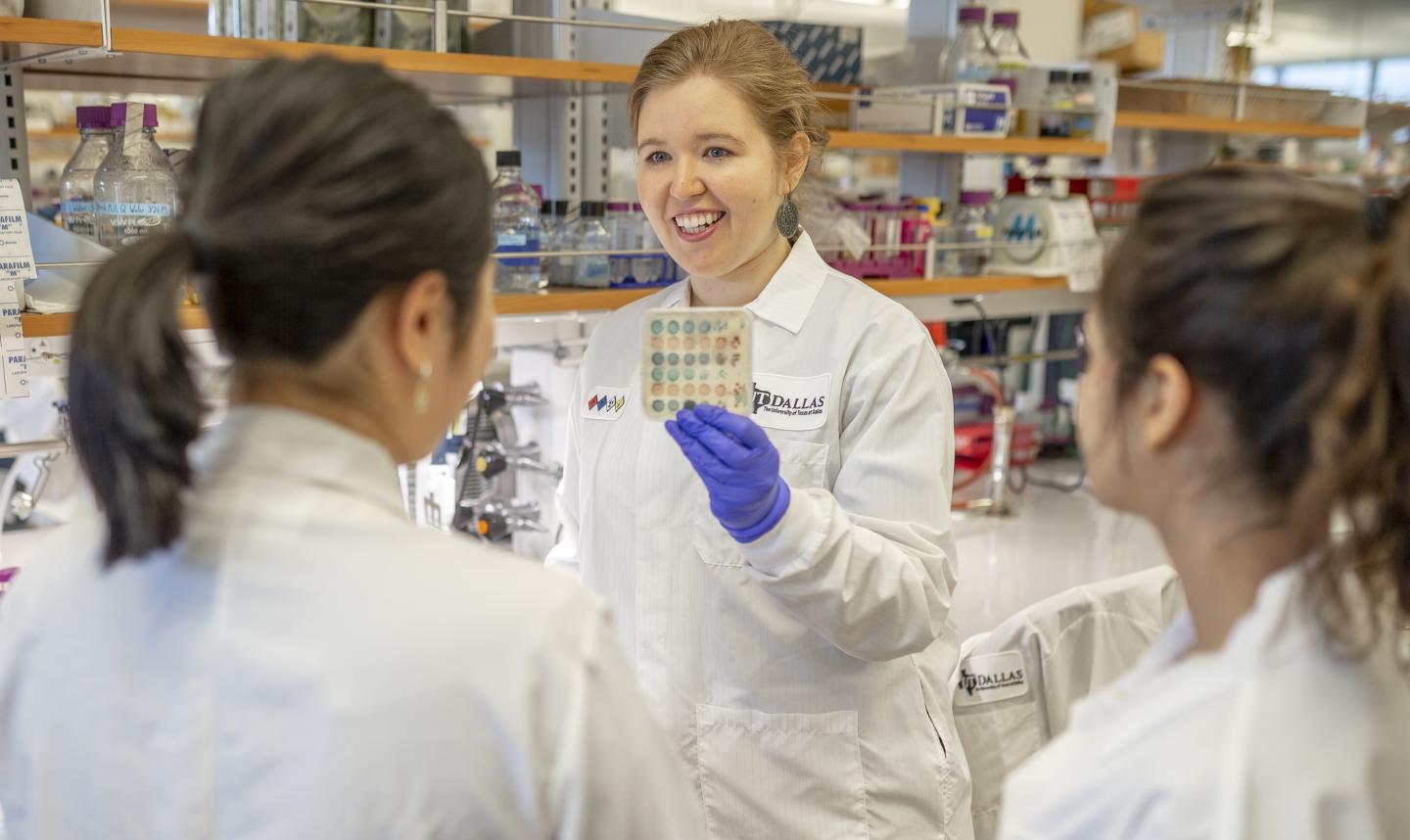 Credit: University of Texas at Dallas

A new finding by researchers at The University of Texas at Dallas and UT Southwestern Medical Center shows that several species of bacteria reside in bladder tissue of postmenopausal women who experience recurrent urinary tract infections (RUTIs).

The results, published online April 17 in the Journal of Molecular Biology, represent the first systematic analysis of biopsies from patients in this population. The findings provide a better understanding of the interaction between bacteria and host tissue, which might lead to more effective treatment strategies.

Urinary tract infections (UTIs) are irritating and painful, sometimes debilitatingly so. The majority of UTIs are caused by the bacterium Escherichia coli, which normally lives in human intestines but sometimes gets into the urinary tract, where it is not welcome.

The infections, which predominantly occur in women, typically can be treated effectively with antibiotics. But for some postmenopausal women, UTIs recur so frequently that they become a chronic condition, requiring daily doses of increasingly powerful antibiotics as the infection-causing bacteria gradually become resistant to each new drug.

“For older women, these infections can go on for tens of years,” said Dr. Nicole De Nisco, assistant professor of biological sciences at UT Dallas and lead author of the study. “Eventually, a patient’s last resort might be removing the bladder.”

Most of the epidemiological research on UTIs has been done with women in their 20s and 30s, a much earlier age range than the typical onset of menopause.

“One of the reasons urinary tract infections have been overlooked is because they affect women, an understudied group in general when it comes to disease, and older women in particular, who are even more understudied,” De Nisco said.

To investigate the pathogenic mechanisms and immune responses related to recurring UTIs, De Nisco and her colleagues analyzed urine and biopsies from 14 postmenopausal women who had undergone cystoscopy with fulguration of trigonitis, a procedure aimed at treating antibiotic-resistant UTIs by removing inflamed bladder tissue.

They found that in addition to the expected E. coli, bacteria in urine samples included Klebsiella pneumoniae and Enterococcus faecalis, while species in biopsied tissue included E. coli, Staphylococcus hominis and Bacillus firmus.

“Our findings confirm that bacteria do form communities within the bladder wall of RUTI patients, which was not previously known,” De Nisco said. “This research is a critical step toward better understanding the mechanisms of recurring urinary tract infection and inflammation in postmenopausal women.”

De Nisco conducted much of the research for the current study while she was a Howard Hughes Medical Institute (HHMI) postdoctoral fellow at UT Southwestern, where she worked before joining the UT Dallas faculty in 2018.

At UT Southwestern, De Nisco worked in the lab of Dr. Kim Orth, professor of molecular biology and biochemistry and an HHMI investigator. Along with De Nisco, Orth is co-corresponding author of the study. De Nisco also has an ongoing collaboration to study RUTIs in postmenopausal women with Dr. Philippe Zimmern, another study author who is a professor of urology at UT Southwestern.

Other collaborators from UT Dallas include Dr. Kelli Palmer, an associate professor of biological sciences and Fellow, Cecil H. and Ida Green Chair in Systems Biology Science; and Michael Neugent, a doctoral candidate in biological sciences co-mentored by De Nisco and Palmer.

The research was funded by the National Institutes of Health, the Welch Foundation and Once Upon a Time.

UA’s Dr. Monica Kraft to be honored at Women’s Forum during ATS 2019

When a cell’s ‘fingerprint’ can be a weapon against…