New research from the University of East Anglia (UEA) argues that children’s ability to make moral judgements has often been substantially underestimated. 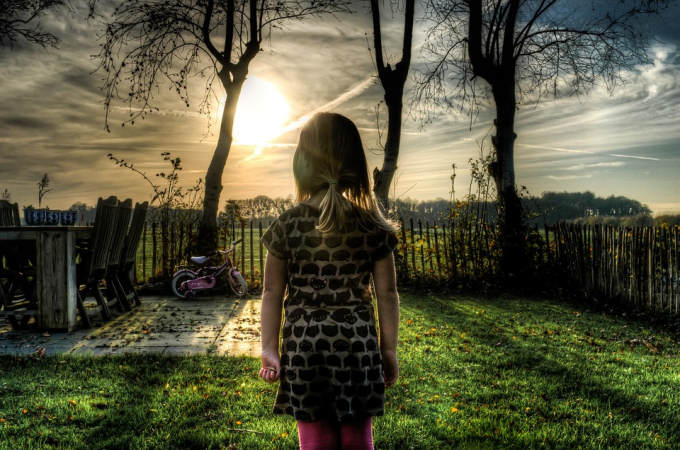 When making moral judgements, adults tend to focus on people’s intentions rather than on the outcomes of their actions: hurting someone intentionally is much worse than hurting them accidentally. However, the prevailing view in developmental psychology is that younger children’s moral judgements are mainly based on the outcomes of actions, rather than the intentions of those involved.

Despite decades of research there is still disagreement about whether this claim is correct. To address this, the UEA researchers looked at the reasons for the findings of two of the most influential and frequently cited studies in this area, both of which provide strong evidence that young children’s moral judgements are mainly outcome-based.

These studies also tested adults, something which enables researchers to establish the mature response against which children at various ages can be compared. Many of them also made outcome-based judgements, which prompted the UEA researchers to question the methods used.

The team, led by Dr Gavin Nobes of UEA’s School of Psychology, replicated the studies — published in 1996 and 2001 — and examined the effects of rephrasing one of the questions. Whereas in the original studies children were asked whether the action was good or bad, the new question asked about the person who acted.

Dr Nobes, a senior lecturer in psychology, said: “This area of research is about a fundamental aspect of morality. For most adults, if someone does something bad deliberately, they are worse than if they did it accidentally.

“The long-held claim has been that young children judge according to the outcome of an event, rather than according to the person’s intention. If that is the case, then children’s moral judgments are fundamentally different from adults’.

“However, our findings indicate that for methodological reasons, children’s ability to make similar intention-based judgements has often been substantially underestimated. We show that they can be remarkably adult-like in their thinking. The implication is that even young children, from around the age of 4, can make intention-based moral judgements, just like adults.”

“If adults get a judgement wrong then a 5-year-old child is bound to get it wrong too, so we looked at whether the authors of the original studies asked the appropriate, relevant question,” said Dr Nobes. “It appears that they did not, yet the robustness of the original findings has rarely, if ever, been questioned. Neither have these studies been replicated, nor alternative explanations investigated. This is a concern when research findings are subsequently used by researchers and others to inform their work with children.”

The UEA study involved 138 children aged 4- to 8-years-old and 31 adults. They were told and questioned about four stories involving accidental harms (positive intention, negative outcome) or attempted harms (negative intention, positive outcome). The stories, pictures and questions were identical to those of the original studies, except that each participant was asked the original acceptability question about two of the stories, and a rephrased acceptability question about the other two.

Examples of the acceptability questions asked are:

Dr Nobes said: “Our findings could hardly have been clearer. The main implication is that, when the rephrased, person-focused acceptability question was asked, there was no evidence at any age to support the claim that children’s judgements are primarily outcome-based.

“It appears that the majority of participants both in our study and in the original studies interpreted the original acceptability question to be solely about whether the outcome was good or bad, and so did not take the person’s intention, and therefore culpability, into account.

“The wrong question was asked in the original studies. We know the replication worked because when we asked the same questions we got the same or very similar results. We made a minor change but the results are dramatically different, and the only possible explanation is the rewording of the question.”