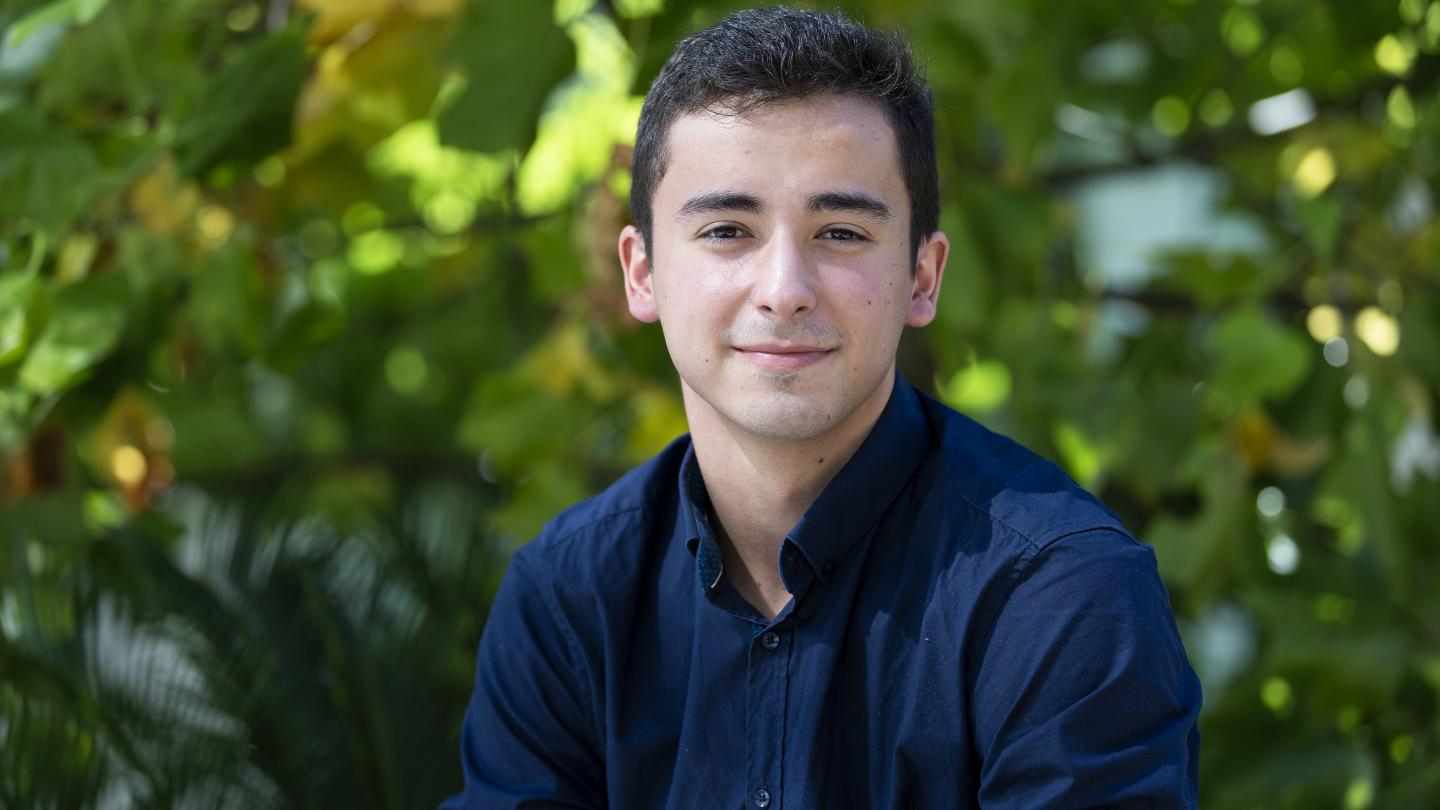 What started out as a second-year physics project is making its way into Amazon Web Service’s (AWS) quantum computing program.

University of Sydney science undergraduate Pablo Bonilla Ataides has tweaked some computing code to effectively double its capacity to correct errors in the quantum machines being designed in the emerging technology sector.

The simple but ingenious change to quantum error correcting code has grabbed the attention of quantum researchers at the AWS Center for Quantum Computing in Pasadena, California, and the quantum technology programs at Yale University and Duke University in the United States.

“Quantum technology is in its infancy, partly because we haven’t been able to overcome the inherent instability in the machines that produce so many errors,” 21-year-old Mr Bonilla said.

“In second-year physics I was asked to look at some commonly used error correcting code to see if we could improve it. By flipping half of the quantum switches, or qubits, in our design, we found we could effectively double our ability to suppress errors.”

The research is published today in Nature Communications.

The results of the study, co-authored by Dr Steve Flammia who has recently moved from the University of Sydney to AWS’s quantum computing effort, are to feature in the tech company’s arsenal of error correction techniques as it develops its quantum hardware.

Dr Earl Campbell is a senior quantum research scientist at AWS. He said: “We have considerable work ahead of us as an industry before anyone sees real, practical benefits from quantum computers.

“This research surprised me. I was amazed that such a slight change to a quantum error correction code could lead to such a big impact in predicted performance.

“The AWS Center for Quantum Computing team looks forward to collaborating further as we explore other promising alternatives to bring new, more powerful computing technologies one step closer to reality.”

Errors are extremely rare in the digital transistors, or switches, that classical computers use to run our phones, laptops and even the fastest supercomputers.

However, the ‘switches’ in quantum computers, known as qubits, are particularly sensitive to interference, or ‘noise’, from the external environment.

In order to make quantum machines work, scientists need to produce a large number of high-quality qubits. This can be done by improving the machines so they are less noisy and by using some capacity of the machines to suppress qubit errors below a certain threshold in order for them to be useful.

That is where quantum error correction comes in.

Quantum errors can occur when the qubit flips on its axis. This is dubbed an X-error. Or errors can occur in its wave phase, known as a Z-error. A Y-error is a combination of flip (X) and phase (Z) errors.

What Mr Bonilla has done is realign every second part of the error code. The code is designed to work across a two-dimensional network of connected qubits and is called a surface code.

Rather than have the ‘chess squares’ alternate ZZZZ to XXXX, the new code flips half of the quantum switches so that each square looks for both types of errors. This new code is referred to as XZZX code, reflecting the redesign of the surface code.

Professor Brown from Duke said: “The XZZX code is remarkable because it performs optimally for any bias by making a simple local transformation on half the qubits that changes X for Z and Z for X.”

Assistant Professor Shruti Puri from the quantum research program at Yale University said her team is interested in using the new code for its work.

“What amazes me about this new code is its sheer elegance. It’s remarkable error-correcting properties are coming from a simple modification to a code that has been studied extensively for almost two decades,” Assistant Professor Puri said.

“It is extremely relevant for a new generation of quantum technology being developed at Yale and elsewhere. With this new code, I believe, we have considerably shortened the timeline to achieve scalable quantum computation.”

Co-author Dr David Tuckett from the School of Physics said: “It’s a bit like playing battleships with a quantum opponent. Theoretically, they could place their ships anywhere on the board. But after playing millions of games, we know that certain moves are more likely.

“From experiment we know that Z-errors are much more common than X-errors. Pablo has redesigned the code to take this into account and produced a much more powerful result to suppress errors.”

Co-author and Associate Dean (Research) in the Faculty of Science Professor Stephen Bartlett said: “What’s great about this design is that we can effectively retrofit it to the surface codes being developed across the industry.

“Having the code work on a two-dimensional surface is ideal for application in an industry that has historically produced 2D chip designs. We are optimistic that this work will help the industry build better experimental devices.”

Co-author Dr Ben Brown from the University of Sydney Nano Institute and School of Physics worked closely with Mr Bonilla on the project. He said: “Building a functional quantum computer is a bit like trying to build the Wright Brothers’ plane, and we haven’t even gotten off the ground yet.

“Experimentalists are producing the strong, light-weight materials to build the plane, and we’ve just come up with a more aerodynamic design for the wings that have more lift. We might have just come up with the design that will help large-scale quantum computing take off.”

Mr Bonilla, a Dalyell Scholar at the University of Sydney, has started his honours year in quantum computing in the School of Physics.

DOWNLOAD photos of Pablo Bonilla Ataides and Ben Brown at this link.

This work is supported by the Australian Research Council via the Centre of Excellence in Engineered Quantum Systems (EQUS). Ben Brown received support from the University of Sydney Fellowship Program. Access to high-performance computing resources was provided by the National Computational Infrastructure) and the Sydney Informatics Hub, a Core Research Facility of the University of Sydney.