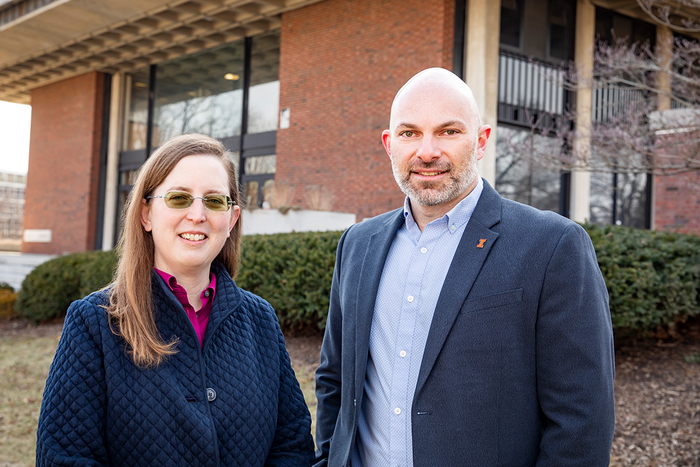 The student-related expenditures of four-year colleges were relatively unchanged by revenue from college promise scholarships. However, their investments in non-student-related, externally focused public service initiatives such as public broadcasting services and cooperative extension programs grew by 14.5%, according to a study by researchers Jennifer Delaney and Bradley Hemenway, both of the University of Illinois Urbana-Champaign.

Delaney is a professor of education policy, organization and leadership whose research focuses on higher education spending. Hemenway is a data analyst in the Gies College of Business whose research explores the effects of promise programs, initiatives that award scholarships to all students in a particular geographic area regardless of need or academic merit.

“Most of the prior research on these programs looked at the impact on individual students – whether they enrolled and which colleges they attended,” Delaney said. “However, we looked at the alignment between promise program money coming into postsecondary institutions and whether institutions spent it in ways that benefited students, such as instruction, support or wraparound services that help students succeed and thrive. In some ways these were aligned, in other ways they were not.”

Despite assumptions that promise funds will enhance instruction and student services, most of these programs don’t have restrictions on recipient colleges’ spending, Delaney said.

“If equity and educational advancement are the intent of these programs, we would hope to find that promise-eligible institutions would increase their spending on student-related support,” Delaney and Hemenway wrote in the study, published in the journal Educational Policy and funded by the American Educational Research Association.

Although there’s no common definition of college promise programs, by some estimates there are as many as 425 such programs operating in the U.S. currently, Delaney said.

These programs have diverse sources of funding – with some supported by philanthropists and others funded by state or local governments through state lottery revenue or tax appropriations. Likewise, some promise scholarships are designated for study at a single college while others can be used at multiple institutions such as all colleges within a state.

At the time, he was a faculty member at a college that had just become eligible to receive scholarship funding from a promise program funded by a trust.

“The institution had lots of questions and thoughts about how they wanted it structured. It really opened my eyes to the fact that colleges weren’t just going to take a check without thinking strategically on what that meant besides just enrolling new students. For me, that part was really fascinating,” he said.

Delaney and Hemenway’s analysis focused on community-based programs – those formed by a city or a regional group of cities to provide scholarships to residents’ children – that supported study at public two-year or four-year colleges.

The study sample included hundreds of schools, with about half of the promise programs providing scholarships to single institutions while the remainder supported study at colleges statewide.

Using data for the period 2000-14 obtained from the American Institutes for Research’s Delta Cost Project, a database that tracks how colleges spend their money, the researchers examined how colleges’ funding levels for student-related and non-student-related expenditures changed after a promise program’s inception.

Contrary to the researchers’ hypothesis, after promise programs were introduced, two-year colleges decreased their student-related allocations. Compared with peer institutions that did not receive these funds, student services’ spending dropped 9.4% at two-year colleges with single institution promise scholarships and by 15.4% at nearest neighbor two-year colleges.

Likewise, total spending on academic support decreased by 4.7% at two-year colleges with single institution promise funds and by 5.4% at nearest neighbor institutions that received funding from statewide promise programs.

However, the greatest impact was on public service expenditures, which dropped by 59% at nearest-neighbor two-year schools and by 39% at those with single-institution promise funds.

The largest spending increases were for auxiliary enterprises – services such as parking, dining and health services – which jumped by 30.6% and 24.4% at two-year colleges receiving single-institution promise funds and at nearest-neighbor two-year colleges, respectively.