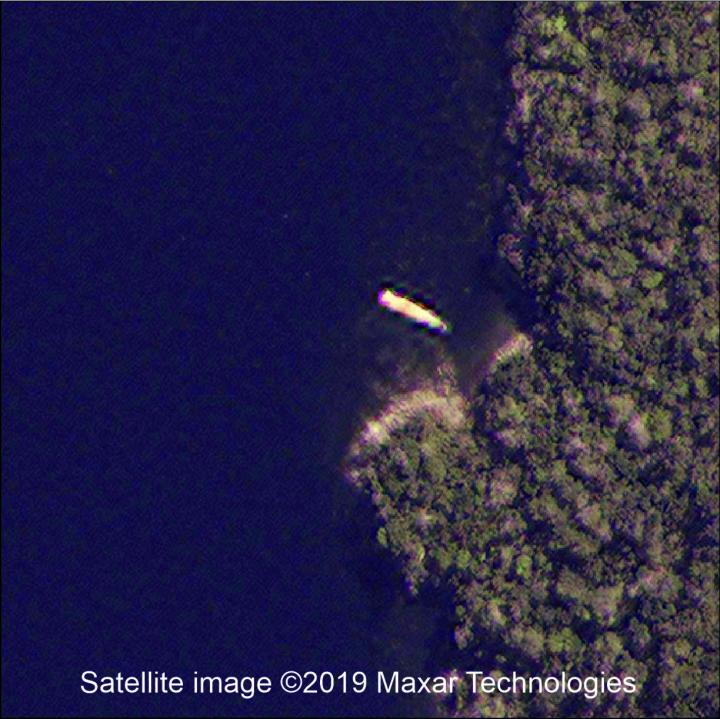 A new technique for analysing satellite images may help scientists detect and count stranded whales from space. Researchers tested a new detection method using Very High Resolution (VHR) satellite images from Maxar Technologies of the biggest mass stranding of baleen whales yet recorded. It is hoped that in the future the technique will lead to real-time information as stranding events happen.

The study, published this week in the journal PLoS ONE by scientists from British Antarctic Survey and four Chilean research institutes, could revolutionise how stranded whales, that are dead in the water or beached, are detected in remote places.

In 2015, over 340 whales, most of them sei whales, were involved in a mass-stranding in a remote region of Chilean Patagonia. The stranding was not discovered for several weeks owing to the remoteness of the region. Aerial and boat surveys assessed the extent of the mortality several months after discovery.

The researchers studied satellite images covering thousands of kilometres of coastline, which provided an early insight into the extent of the mortality. They could identify the shape, size and colour of the whales, especially after several weeks when the animals turned pink and orange as they decomposed. A greater number of whales were counted in the images captured soon after the stranding event than from the local surveys.

Many coastal nations have mammal stranding networks recognising that this is a crucial means to monitor the health of the local environment, especially for providing first notice of potential marine contamination and harmful algal blooms.

“As this new technology develops, we hope it will become a useful tool for obtaining real-time information. This will allow local authorities to intervene earlier and possibly help with conservation efforts.”

“This is an exciting development in monitoring whales from space. Now we have a higher resolution ‘window’ on our planet, satellite imagery may be a fast and cost-effective alternative to aerial surveys allowing us to assess the extent of mass whale stranding events, especially in remote and inaccessible areas.”

Images of whales are available from the BAS Press Office or from the ftp site:

To download individual files: do not use an FTP Client, simply open the above link with any standard web browser (Firefox, IE, Safari etc), right click on the filename and select ‘save target/link/file as’ to begin the download.

To download folders: use an FTP client (such as the free FileZilla). Login with the user

Print/web: Media may publish use these images with cutline photo credit “Provided by British Antarctic Survey, satellite image ©2019 Maxar Technologies.” The watermark may not be removed/cropped.

Broadcast/video: Images used in video segments must have “BAS/Maxar” text applied to the image and visible for the duration that the images are on screen.

Mass strandings of whales are easily monitored from populated areas but can be detected late in remote coastal habitats including areas in Patagonia, New Zealand, the Falkland Islands and West Africa. Earlier detection will enable a rapid response and help to identify the causes of mortality. It may also enable communities to take preventative action.

British Antarctic Survey (BAS), an institute of the Natural Environment Research Council (NERC), delivers and enables world-leading interdisciplinary research in the Polar Regions. Its skilled science and support staff based in Cambridge, Antarctica and the Arctic, work together to deliver research that uses the Polar Regions to advance our understanding of Earth as a sustainable planet. Through its extensive logistic capability and know-how BAS facilitates access for the British and international science community to the UK polar research operation. Numerous national and international collaborations, combined with an excellent infrastructure help sustain a world leading position for the UK in Antarctic affairs. For more information visit http://www.bas.ac.uk

Blanket of light may give better quantum computers

Scienmag Dec 5, 2019
Scientists reveal new findings about the neural circuit involved in the reward stimulus, which plays a major role…

Cooking up a new theory for better accelerators